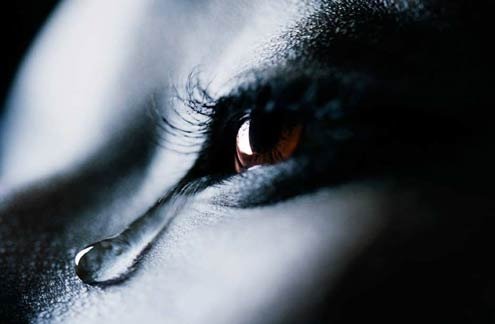 She reread the angry emails and lit candles in her bedroom to clear his scent.
A

long weekend in Chianti has a way of smoothing rough edges. After five months of undefined passion and tenderness laced with slammed doors and swearing, Davide and Elisabetta sealed the deal in the shower together on New Year’s Day. With water streaming down their faces and steam clouding their vision, they decided, What the hell, we’re in love. May as well admit it.

They made love for hours straight and missed the spectacular sun’s downward slip over the edge of green hills. But just knowing what was outside seemed to make them happy. They huddled close on walks in the frosty Tuscan night, and sipped Brunello di Montalcino until the heat spread first to their legs and then to their heads. When Sunday came, they decided to stay another day. On Monday they had no choice but to return to Rome.

Back in the city, the wine stopped flowing. They both fell back in step with their old habits, and in two days time doors were slamming all over again. Harder then they’d remembered.

Elisabetta had felt a heaviness on her shoulders as they neared the city limits, when the lush and orderly hillsides first seemed to flatten into tangled, sheep-littered stretches of uniform dark green, only to rise again into graffiti-coated apartment buildings with their tattered uniformity.

She’d felt the distance rush between them even as they parked the car and carried their things up to her apartment. The air inside was left over from the year before, and as they moved around in their usual ways they seemed to kick up the dust of every awful thing they’d said in the past.

A few days later they fought as never before. One misunderstanding led to another, and in a cruel combination of exhaustion and post-holiday letdown, they exchanged words that might someday be forgiven, but most certainly would never be forgotten. And yet hours later they fell into bed and clenched each other with the kind of passion that only such rage can inspire.

Never had they kissed so hard or needed each other so badly. Elisabetta fell asleep on her side, her back to him, wondering.

The next morning they stared at the ground and said goodbye.

Over the next few days they spewed their souls out into the air and into emails that Elisabetta cringed over, and wanted to delete but didn’t, so that she might remind herself that he wasn’t worth it and never had been. Objectively speaking, she knew that he was wrong for her in every way. And yet they’d felt so happy and so right just days before. Could the scenery have been so powerful?

He’d said he never wanted to see her again, so she packed up his things into two garbage bags and sent them down to the lobby in the elevator. She knew she shouldn’t want to see him again either, but she still shuddered as she watched him walk away in the rain. She reread the angry emails and lit candles in her bedroom to clear his scent.

Then one day on her way home from work, she had had the overwhelming sensation that she would run into him. She peeked inside their favorite bar and was relieved to be wrong. But then she saw several parked cars that could all be his. It was, however, a very popular model in 2006. She dressed for the gym and figured that if she was bound to run into him it could only happen when she was in a sweaty mess. Sure enough, red-faced and still huffing, she spotted him getting out of the car on the corner. She paused behind a lamppost, but felt odd ignoring him. They locked eyes momentarily, exchanged ciaos and exaggeratedly wide smiles, and walked on. She didn’t check to see if he looked over his shoulder. Better yet, she was quite certain she didn’t care.

Elisabetta went about the usual healing process. She met a new man online. His photo was appealing, his politics matched hers, and he loved curry. He said and did everything right (it was a Friday night, on her couch), but something was missing. Elisabetta puzzled over this as she sent him home and slept alone. She couldn’t smell him anywhere on her body.

A week later she ran into Davide online. He asked her if she’d like to see him.

I shouldn’t, she responded.

Twenty minutes later she was in his arms. Neither one could explain it, and they blamed the Twilight Zone or black magic as they beamed in the dark and clutched at each other with an innocent and urgent love.