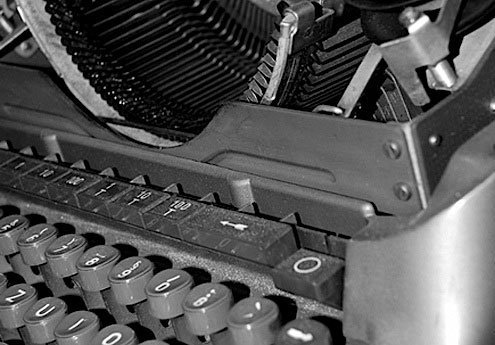 just got the post-modern version of a “cancel my subscription” note — an “unsubscribe me” email replete with choice words. It happens. Scornful notes from choleric readers.

The message begged the insightful question “why even bather?” (“bother” maybe?) and activated my internal time machine.

My first job in professional journalism was as a letters section clerk at small daily newspaper in South Carolina. I was paid $56 a week and given the title of “kid” or “boy” — the more formal “boy” preferred over the too-friendly “kid.”

My duties — in no special order since none was ever established — included reading incoming letters, compiling the weekly movie listings, and typing out a smattering of obituaries that seemed invariably to include octogenarian farmers and a former mayor who (in the incoherent obit sent to me) was said to have “left behind a nephew, Hiram, and a blonde yacht, the ‘Ginnie Goldfarb.’”

I still wonder what Hiram did with (or to) the blonde yacht Ginnie Goldfarb.

“If you want to be in this business,” howled my editor, “you’ve got to know hate. And readers, given a choice, will surely hate you.”

The editor was Urban H. Fellows, a percussive veteran of “the Hearstian mold” — “Hearstian, not Faustian!”

“Stick with Mr. Newspaper long enough,” he grinned, fond of this personalized self-portrait, “and you won’t care!”

Urban H. Fellows was an heavy-set man of about 55 who wore a red bow tie (it snapped on) and seemed to like his slapstick name. He was nicknamed Pope Urban because he referred to the newspaper and his editorship in the third person, as Mr. Newspaper.

Mr. Fellows — “call me Fellow!” he said — patrolled a newsroom empire whose population included three secretaries, a widowed community editor, and a finicky sports editor who made tubular noises with a Coca Cola bottle. There was also a feral police reporter, Mr. Munee, who lived in a Winnebago and assiduously collected various kinds of goldfish, or so he told me.

“They are my golden whales,” said Mr. Munee, cryptically.

The newspaper had two basic readership groups: old and not-so-old. A third, which often crossed state lines, was just angry.

The “angries,” in fact, were the newspaper’s most unstinting followers. They always cared. Even about the unwritten. It didn’t matter. Loyalty to rancor was more interesting than anything that had actually occurred.

This special dedication led me, over time, to understand why Mr. Fellows had handpicked me to handle the letters. Movies and obituaries simply weren’t challenging enough; someone had to entertain the angries.

When I arrived at the paper in August 1972, Fellows declared, “Mr. Newspaper has three kinds of people writing letters to him. Those who hate us, those who loathe us, and those who can’t guess which one to pick from and hate us for it.”

In their letters, the angries were good at what might now be called multitasking. Spite, rage and character assassination all had roles, with invective, petty malice and envy also cheerfully present. If pernicious fury itself wasn’t enough, readers also threatened to cancel their subscriptions. This warning was most common among those who didn’t have subscriptions, which raised considerable rancor— and philosophical debate — among the overweight subscription staff.

A part of my August was spent trying to reckon with the most eloquent angries — the ones that Mr. Fellows insisted be answered, “for the obvious good of the overall good.”

One that caught his attention began thusly:

Mr. Newspaper found such probity demanding of an appropriate response. (I merely nodded, while Mr. Munee offered to send a Disneyland brooch with a rusty pin).

Most creative efforts having failed — boredom sets in quickly in summer South Carolina — I was expertly told to “think of something.”

I did the only thing I could think of. I sent the reader a subscription.