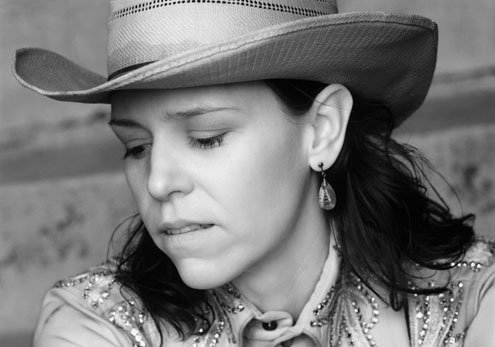 t had been a long time since I last listened to Gillian Welch. Maybe it was “One Monkey” or a YouTube cover of a cut from Revival or the end-scene from Richard Jobson’s move “16 Years of Alcohol” that had “I Dream a Highway” playing through it.

A long time that would have been much longer had I not been surprised by news of the release of her fifth album, The Harrow & The Harvest (Acony).

Welch’s last album was 2003’s Soul Journey. You can do the math. Welch has, saying she repeatedly worked with longtime musical ally David Rawlings in labor-intensive sessions but that nothing felt right until recently.

Listening to The Harrow & The Harvest is an exercise in appreciating Welch’s increasingly rare gift to be know when to cull material. Who knows if we’ll ever hear everything she and Rawlings assembled, but the stuff she’s brought to this record is Welch at her most Welchian, conjuring Southern Gothic tales of moonshine and shady outcasts.

Welch is at her best when she’s channeling Flannery O’Connor, a mood you het on the lead single “The Way it Goes,” “Dark Turn of Mind” (the darkness is no surprise), and “Silver Dagger.”

The melancholy is matched only by the pervasive sadness, another of Welch’s strong suits. “The Way it Will Be,” a somber tale of separation, is the best example. The role of fate, as much as alcohol or any social outlier, is integral to her work.

Gillian Welch may have made us wait, but sometimes patience is rewarded. Here’s hoping it won’t take another eight years.

Starting out with The Harrow & The Harvest, it didn’t take me long to find my way to another songstress: Philadelphia’s Meg Baird, and her new album Seasons on Earth (Drag City). One listen is enough to let you know that this excellent album.

Baird is no spring chicken in the music world. Isaac Garfield Greer, an early 20th-century North Carolinian folk artist, is Baird’s great-great uncle, and her she took some of his cues while learning piano and guitar as a child. Perhaps best known as a member of psych-folk group Espers, she’s also toured on her own with big names like Bert Jansch and Jack Rose.

Like Welch, Baird took a pause. Seasons on Earth is her first full-length in four years. But her relatively slim solo output matters little as you glide through “Babyon” and the seven-plus minutes of “Stars Climb Up the Vine.” The album’s sonic setting immerses you immediately.

Baird’s rich vocals are aided by deceptively simple musical arrangements. Vague traces of a Celtic accent grace certain words as she picks her six-string while the occasional slide guitar slips in among the main melodies, as on “Share” and another album highlight, “The Finder.” Studio trickery beyond the hint of an echo remains absent throughout.