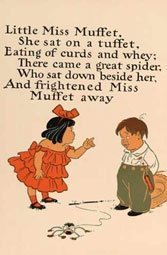 ust before my 12th birthday I decided my second grade teacher was a witch. Every few days over breakfast I’d tell my parents I didn’t feel well, hoping to stay home.

But Mrs. Jackson cast a spell. My throat refused to irritate itself and the mercury thermometer remained stuck at normal despite my furious rubbing.

My all-purpose “I don’t feel well” turned to the more specific: “My stomach hurts.”

Though Mrs. Jackson did make my stomach ache, how to prove it? If my father’s beloved Kant knew the answer — as a man called Can’t should — I certainly didn’t. As a result I was whisked out the door.

But my tribulations taught me the importance of verbs. Terse sentences worked better than whimpering, which made me sound like a goose. Active-voice announcements did wonders to capture parental attention, albeit briefly. I got sympathy before witchcraft.

Some people associate nostalgia with wine and roses. I miss clarity. I recently received the following explanation for a no-show: “I am processing some health issues…”

This would have perplexed the stomachache era.

Then, “process” meant means to an end and an “issue” a matter up for debate. Putting them together — now customary — sounds like Vladimir Illyich on a bad day.

At its best, American English is wondrously direct. In 10 words it can do what Italian struggles to in 30.

Soviet-era obfuscation (farmers forced to take orders were part of “collectives”) began appearing on the American scene after World War II. In 1951, passive military jargon got its own word, “pentagonese,” with Cold War diplomacy adding the likes of “thrust” and “counterproductive,” Prussian sandpaper.

Dissembling then went mainstream. During the Vietnam War, “protective reactions” meant new onslaughts; “pacification” was occupation or annihilation, citizenry included; death by “friendly fire” a sweet-fiendish way of saying you’d accidentally killed your own; and “Vietnamization” the dumping of a 15-year-war on drained natives.

All these in turn arose from the most terrible placebo of all, “concentration camp” standing in for “extermination” or “death camp.” Nuclear annihilation went by the neutered “mutually assured destruction.”

In 1981, devious New York Times satirist Russell Baker put the “Little Miss Muffet” nursery rhyme into nuclear doublespeak: “If Miss Muffet had developed a second-strike capability instead of squandering her resources on curds and whey, no spider on earth would have dared launch a first strike capable of carrying him right to the heart of her tuffet.”

But protecting of footstools mattered, and American English grew to passively riddle itself, and the public, laying the groundwork for “issues.” Now, specificity is all but counter-intuitive (a word once covered by the more direct “illogical.”)

Depending on context, an “issue” can be an event, a disagreement, an objection, a resentment, an observation, a feeling, or a personal or psychological “event.” Why say you’ve failed when you can instead mention unspecific issues? “Too much information” can signal discomfort at someone sharing their privacies, but how to know the offending one?

In a boisterous but inarticulate society that depends on visual communication, what Melville once called a “few hard words” (when “none other will answer a man’s purpose…”) come with difficulty. In their stead is the indecisive, the indirect, the infantile; precision is abandoned to approximation.

Taking spoken and written conversation seriously can require the suspending of disbelief, which Eliot ironically recommended for poetry.

Not to mention what an updated Miss Muffet might face.

Hewing to Baker’s parody, she’d be a special needs child from a culturally deprived environment who likely suffered childhood trauma or parental abuse that in turn triggered associative and learning disabilities. After which came eating disorders, sexual dysfunction (random hook-ups) and ADD. A demeaned “little miss,” Muffet would be her own textbook of “issues,” with civil litigation directed at the offending rhyme (announced on Muffet’s Facebook page).

As for the spider, it’s still being processed.