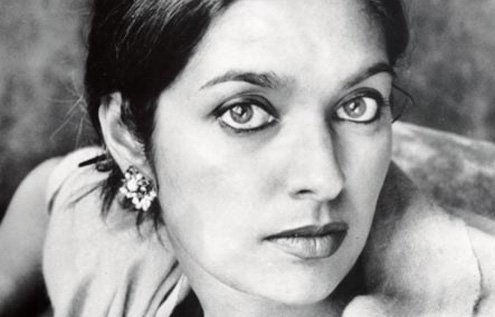 ver cooly elegant, here’s “Unaccustomed Earth,” Jumpha Lahiri’s much anticipated third book. And it does have a surprising development. Eight stories set as Parts I and II, with character links between sections. A format which serves to underline her new message: through their lifetimes, American-Indians can only truly relate to each other.

What forms the unique, determining bond Lahiri so insists on here?

Religion? Nope. The word “Hindu” is mentioned once, in passing. That’s it.

Ceremony? Another No. Gone are the intricate betrothal and birthday ceremonies of earlier work.

So-here it is, by the Lahiri book: More important than having lived together through any 9/11… these boys and girls, men and women, have attended similar, American-Indian tea parties. Maybe in Connecticut suburbs. While munching samosa there, older party-goers intone severe strictures which bind them.

1. Our children must not marry Americans. Some will! They won’t be happy.

2. Courage! “Stick with” the immigrant experience. This last rule so grimly urged you’d think these people were in forced relocation to the Arctic. Where ice floes are fast melting.

A (deliberately?) unnamed specter wafts in and out of these tales. Westernization. Seen as destruction of Bengali traditions and values. Weirdly, neither characters (nor their author!) ever utter this word aloud. Nor does Lahiri explore her characters’ lemming-like dash. To the tumultuous seas of those very Western values they despise.

So, sure, this second short story collection after Pulitzer Prize “Interpreter of Maladies” certainly shares the same master’s prose. So polished you could sell it in Tiffany’s.

But — hello! — in her earlier books the immigrant root was integral part of total character. Her people suffered identity crises any third millennium reader can relate to. Not in #3, where ethnicity is defining badge. And her bleakest view yet of Bengalis in America.

“Only Goodness” sums her unredeeming take:

“Sudha regarded her parents’ separation from India as an ailment that ebbed and flowed like a cancer.”

Lahiri’s first gen migrate from and to a comfortable economic and professional level. Now, in “Unaccustomed,” she calls that separation cancer. And contagious. Since the hyphenated kids are disabled by it. Passive in the face of chance and coincidence.

So “Unaccustomed” serves up some seriously bad news.

In #3, after several U.S. decades, first gen will finally renounce the “stick with” fight, and return home. To Calcutta. Meanwhile, those charming hyphenated kids present in “Interpreter” have disappeared. No second gen “Twinkle” to brighten the daily scene.

Scorecard? A lovely read; too bad it’s unconvincing. 3 1/2 stars out of 5. But aced to best-seller rank by:

Well, sure: the pure prose!

Joined to a market coup. As in: the Brits vaunt decades of Anglo-Indian fiction writers; at last the Americans finally have one! Lahiri. Both Subcontinent and West would love a big winner here.

Anglo and American critics admire the author’s clear-water language. But India readers are unhappy. They call her characters and stories “unpleasant” representatives of Bengali people. Vaguely disgruntled, and uninterested in their new land.

See Aparna and daughter after years in Boston. Finally visiting Walden Pond! Twenty miles from their apartment in Central Square. For they never “wander far.”

Not actors in their own dramas, her casts often veer to resignation and self-commiseration:

Amit says, “in school we were teased for the color of our skin.”

Alcoholic Rahul blames his university absences on his professors. They “hate me because I’m (second gen) Indian.”

Are we and Lahiri on the same page? Where her gilded suburbs cherish political correctness above manicured lawns. In an era when designer catwalks carry “That Indian look and feel.” When Bollywood and Hollywood meet. Sure, that’s surface assimilation. And nobody said assimilation is easy. But this’s a start. A hook. For anyone interested.

Lifting her title from Hawthorne’s preface to “The Scarlet Letter,” Lahiri flips the read. His narrator insists his children “shall plant their roots in unaccustomed earth.” To flourish. Lahiri axes that American dream.

A mother jangles her gold bracelets, steams sweet dumplings, stirs red mango curry, collects her 200-some sari, and waits. For Calcutta. Where relations are dead or elderly. And, frankly, you can buy the same great bling even in New Jersey.

Hard to figure so much sanitized, upper-mid-gloom. All from such a tiny slice of the homunculus Subcontinent.

Title story: here’s second gen Ruma. Her successful American husband Adam “was doing everything in his power to make Ruma happy. But nothing was making her happy.”

So much for the fruits of “unaccustomed earth.”