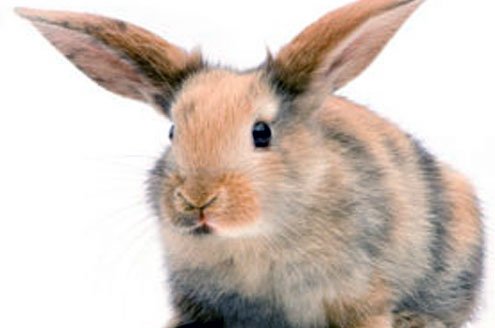 From a pet rabbit to a broken boiler.
R

eturning from a minimalist apartment in the city center shared by friend and his Barcelona-born rabbit, I come home to a broken boiler. No surprise. Excitable Rome is prone to breakage.

A technician arrives the next day and probes my boiler with a medical eye. “This cannot be saved,” he tells me after 20 minutes of pointed valve-fondling in which my boiler gives off veterinary whines.

A new one, he tells me, will cost me €2,000, a neat piece of change. He encourages me by agreeing to have a new one installed the next day. There’s also the matter of hot water.

I gently suggest that installers and engineers butting heads might not be a good idea, to which they reply “Thank you,” and hang up.

The installer’s name is Gianni. He’s Roman, in his late thirties, with a tiny teenaged assistant named Gofredo, whom he calls “Go.” Go calls Gianni “Gia.” Go and Gia go to work removing my old boiler, which takes about an hour. Go is amused by the old boiler, which has lasted 25 years. “I didn’t know things could last that long,” he tells me. I tell him my refrigerator is from 1973. He looks at it, then me, as if we died years ago.

Gia interrupts Go’s reveries. “Don’t bother the client,” he tells him. Go gets very quiet and stands in the kitchen holding a wrench. When Gia finally asks Go for the wrench he forgets he’s holding it.

Soon after Gia removes the new boiler from its box (which strangely has the word “friendly” written on it) he announces it’s time to take Go to the hardware store in search of the necessary parts, apparently to attach the “friendly.”

I nod. “Oh, and while we’re out, we’ll stop for a sandwich, if you don’t mind…” With minding not an option, I let Gia and Go forage for nuts, bolts and food.

They return an hour later with no nuts and bolts that I can see but several panini. “Do you mind if we eat on your terrace?” asks Gia. Go has a plaintive look. I agree. I give them a bottle of mineral water. Lunch and conversation lasts one hour.

They get back to work on the “friendly,” which is actually called a “Heat Cheerful,” after 90 minutes. It’s now early afternoon.

I tell Gia that the start-up engineer will be coming.

“The stupid idiot they send to check on us,” clarifies Gia. Neither man seems to like the engineer. “They think we can’t do it ourselves,” says Gia.

The “friendly”-turned-“Heat Cheerful” boiler is finally propped up and hinged to the wall, its sinister-looking bronze pipes protruding like winter branches.

“I asked for the pipes to be hidden, the way it was before,” I tell Gia.

The slender start-up engineer arrives, a man called Luca. He’s speaks with a northern accent. “I’m from Bologna,” he tells me. He also says he started his career as a restorer at the Vatican. “I was the youngest restorer at the time.”

Gia tells Luca to test the “Heat Cheerful.” I tell Luca I’m unhappy with the exposed pipes. “In Bologna,” he whispers to me, “this would never happen. The pipes can’t be placed this way. It’s illogical and shocking.”

I nod conspiratorially, but Gia has overheard us.

“We’re in Rome,” he snaps at Luca. “In Rome we do what we do in Rome.” Go nods approvingly.

“The law is the law,” Luca replies testily, “and outside pipes can’t run laterally…” — he points to one grotesque stretch — “…it’s against EU regulations.”

Go wants to know what a regulation is but Gia jumps in: “In Rome we have our own regulations…”

“No such thing,” says Luca dryly.

“You from the north think it all works easily,” says Gia, playing the regional card. “You haven’t lived in Rome.”

Luca doesn’t bite: “We follow the law. That’s what law is for.”

“Law is for everyone. Otherwise it’s not law.” Luca now stands by the “Heat Cheerful” as if to defend both its honor and his own.

They leave. I smile tightly.

Luca remains behind. “This work,” he tells me, “is unacceptable.” He takes photos of the new boiler with his camera phone.

He strokes the “Heat Cheerful.” “I’ll make sure it works so that you have hot water, but as for the rest we’ll have to return and redo it all.”

Before then I intend to get a rabbit. If not a foot.