Heard along the way 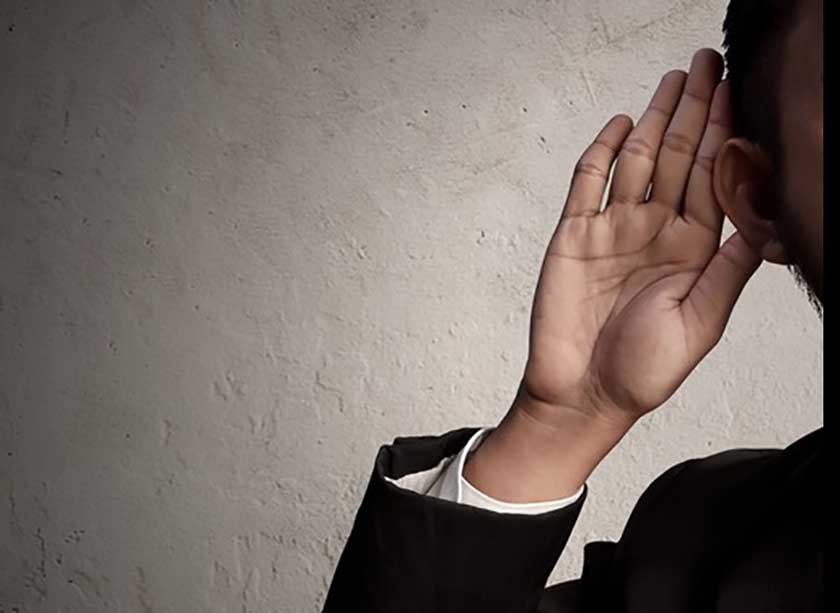 y memory contains many 50-year old snippets of overheard adult conversations. Misunderstood words and phrases would rise above the tinkling of cocktail glasses and cigarette smoke to my perch at the top of the stairs where, in my nightgown, I listened in on the era’s controversies. “Trust me, I tried it. You can check Marx out from the library and no one will arrest you…”

I heard a lot about “Yugoslavia” and I wondered what “slavia” was and where you go to do it.

When adults argued over “Who lost China?”, I wondered if anyone ever found the missing plates and teacups. (And China still seems lost.)

I know now my parents and their friends were hashing over McCarthyism, the Cold War, and the foundation of the communist Peoples Republic of China in 1949. In that year, Chiang Kai-shek, leader of the anti-communist Nationalist government, fled to Taiwan, leaving control of the mainland to Mao Zedong and China’s Communist Party.

The “loss” of China to communism was still a hot topic during my childhood in the 1960s. The answer to “who lost China?” was a sort of pre-internet Godwin’s law, which says all internet arguments eventually devolve into discussions about Hitler. From 1949 until Nixon visited China in 1972, any disagreement about Vietnam, Cuba, or a presidential election ended with “Well, who lost China?”

When adults argued over “Who lost China?”, I wondered if anyone ever found the missing plates and teacups.

The U.S. Department of State’s Office of the Historian has a web page with a helpful summary of events in China in October 1949. According to “Milestones in the History of U.S. Foreign Relations”, Mao’s troops prevailed over the U.S.-supported Nationalist Government because the communists had “strong grassroots support, superior military organization and morale, and large stocks of weapons seized from Japanese supplies in Manchuria.” In contrast, “Years of corruption and mismanagement had eroded popular support for the Nationalist Government…”. There were domestic American factors too. “Although officials in the Truman Administration were not convinced of the strategic importance to the United States of maintaining relations with Nationalist China, no one in the U.S. Government wanted to be charged with facilitating the “loss” of China to communism.”

Another State Department “Milestone” describes how in 1954 Ho Chi Min and the communist Vietcong almost won a Vietnamese election “thanks mostly to their superior organization and greater appeal in the countryside”. Opposition leader — and U.S. ally — Ngo Dinh Diem had not only refused to hold the election, but his “rural policies and ambivalent attitude toward necessary changes like land reform only bolstered support for the Viet Cong.” Diem was eventually deposed in a coup, because he had “…failed to capture the loyalties of the people of South Vietnam the way that Ho Chi Minh had done among the population of North Vietnam.” As the Vietnam war ground on, “It would remain a constant question over the remaining years of the administration, whether the South Vietnamese could build the combat capability, logistics and planning capacity, and leadership at the national and military levels to face the North Vietnamese on their own”.

The State Department no longer updates its milestones and the crisis in Afghanistan is too recent for comment.

Over and over, the U.S. has repeated a pattern of supporting unpopular regimes and unsavory leaders.

Instead here is what Michael McKinley, former ambassador to Afghanistan had to say in “We All Lost Afghanistan” on August 16th in Foreign Affairs. “Waste, fraud, and mismanagement of resources meant to transform the Afghan military further undermined the fighting capability of the ANDSF” (Afghan government troops). “Afghan soldiers were also let down by their commanders and political leaders, who over 20 years have failed abysmally to earn national allegiance.” And this: “[W]e did less than we could have about corruption, knowingly working with senior government and military figures that ordinary Afghans saw as responsible for graft and political and human rights abuses.”

Over and over, the U.S. has repeated a pattern of supporting unpopular regimes and unsavory leaders and misjudging these regimes’ military strength and ability.

During the Cold War, the U.S. used the “domino theory” to justified support for these regimes and leaders. China’s loss was the first domino, which was seen as tipping into the embrace of communism and the Soviet Union; Korea, Vietnam, Latin America. Repeated — and unsuccessful — U.S. support for the likes of Cuba’s Fulgencio Battista, Chile’s Augusto Pinochet and the Somoza family in Nicaragua was a necessary evil; the only way to break the domino chain.

But what about Afghanistan? The Cold War is over and the domino theory dead.

Along with the Godwin rule, the internet has given us this quotation, spuriously attributed to whoever the poster on social media admires: Albert Einstein, Albert Camus, Jean Paul Sartre, Sigmund Freud… “The definition of insanity is doing the same thing over and over again and expecting different results.”

It’s very possible that America’s insanity will repeat itself long after Afghanistan. In fifty years from now, some adult will think back on their overheard parents’ conversations. And they’ll know that the “Afghan crisis” didn’t happen because Aunt Betty made too many garish crocheted blankets.