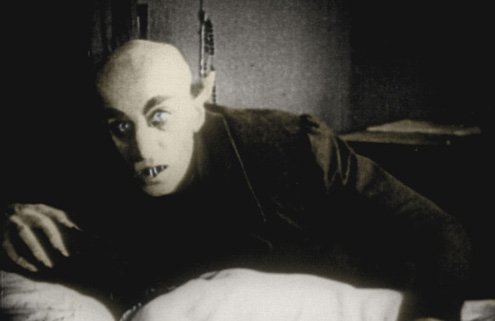 am in toddler hell. There. I said it. With 17 months under his belt, Oedipus is large and in charge and wreaking havoc on our home. His behavior is often like that of a drunk, belligerent midget. His physical abilities; like a super hero on acid. Every day activities like eating, bathing and even playing have now become quasi-insurmountable challenges. In short, I’ve got my hands full.

The thing about motherhood that I never realized is this: It involves a lot of laundry and many other tasks that I have never enjoyed. The thing about having a toddler while you are trying to do said tasks is this: He wants to thwart you at every turn by groping at your leg or pulling on your clothes until all attention is on him.

The only thing less appealing than doing the laundry is trying to do the laundry while some little terrorist stands beneath you impeding your progress. Yes, I kvetch. The work-week for a mother is long and includes no days off… nor does it include private bathroom privileges, but I digress.

There is, however, part time reprise on Saturday and Sunday.

On the weekends my load is lightened as Marco and I play two on one defense. Now that his son likes to kick a soccer ball and throw trajectories of any sphere-like object, Marco is very hands-on.

For a while this defense strategy was a winning combination that worked very well… but just when you think you’ve got this whole thing down-pat, your little demon spawn changes the rules on the endurance sport we call parenting.

It was 10 p.m. and Oedipus was running around like a whirling dervish. He responds to pain like a walking electrical charge. This is very unfortunate if you are his primary care giver, i.e. Me.

“What’s happened to him?” Marco gaped while looking exhaustedly at his son. “He’s an egomaniac. He thinks the world revolves around him.”

As I explained his son’s developmentally-appropriate behavior, little Oedi climbed over the couch, on to the radiator and stood on the windowsill — about four feet off the ground. As he reached his perch he screamed, “Ciao!” to an apparently invisible bystander. Marco grabbed the baby before he could fall. Instinctually and without hesitation, Oedipus chomped down on Marco’s index finger with the four little but lethal incisors he has.

“No he bit you… I forgot to mention he’s also teething.”

Marco sat holding his finger. The baby continued his frenetic business by grabbing the remote control and channel surfing. Never mind that I was watching “House, M.D.” Two minutes later he moved on to our telephones, the light switches and the dishwasher. Our little man was asserting his sense of self and sprouting teeth. Our normal parenting plan of attack had to change!

I launched in to Mommy mode saying, “No! no! no! You don’t touch that.” And I shook my finger for extra emphasis.

To which he replied, “No! No! No!” And wagged his finger in my face.

I wasn’t expecting my future bilingual baby to babble back at me with such disrespect. Then, he hauled off, smacked me in the face, reared back his head and cackled with delight.

He was drunk with power and I had had it.

So I pulled out the big guns, and put him in “time out.” I had read that it was age-appropriate to initiate this punishment. You can’t always believe what you read. He thought it was a new game and he adored it. He giggled and ran from me — waiting for me to catch him. He was enjoying it way too much. As he lunged for my computer… I tried a last ditch effort to let him know that I was boss.

I looked him in the eye, told him no and swatted his chubby little paw. That’s right people, I hit him. And you know what, it worked. He cried. His hand was not hurt but his pride was. And the King was stopped in his megalomaniacal tracks.

At 11 p.m., he had finally run out of batteries. Marco and I lay in bed completely spent. Marco looked catatonic. I looked like a homeless person who had just suffered a seizure.

“Do you want another one?” I asked.

“Me neither.” I concurred. But my brain had been swirling with the idea.

“But…” I continued, “I think everyone needs a sibling.”

Marco didn’t know what a sibling was. I explained.

“I know how… but how do we manage another person? Now we are two against one… and still sometimes we lose.”

“I know, we need better defense. Maybe we will be more efficient with man on man defense.”

“I don’t think so.” Marco said

“Let’s leave it up to fate.” I said. Marco was snoring.