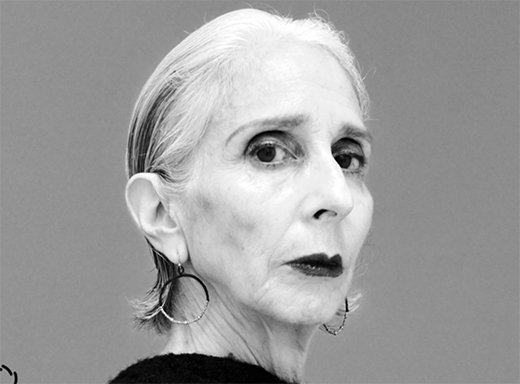 In a recent profile, the "New York Times" lauded writer Deborah Eisenberg for capturing "the dysfunction of daily life" in the United States.
I

n “Your Duck is My Duck” (Harper Collins, 2918), the extraordinary American writer Deborah Eisenberg returns with six, novella-length tales rooted in characters buffeted and often transformed by the jaggedly invasive society in which they live.

Over the years, Eisenberg’s approach has darkened considerably. These stories ate heavy on political indifference, greed, and corruption. The title story is a twist on a Zen master’s koan, or riddle, as related by corporate billionaire Ray to his brokers. “A duck is stuck in an empty bottle,” goes the koan, to which Ray responds: “It’s not my duck; it’s not my bottle; it’s not my problem.”

But Eisenberg knows differently. No one gets off that easily. These six works are essentially dystopic elegies to a world in which the beauties of art, language, and human decency once held sway but have been set aside to make way for a far more menacing landscape.

The title story is instructive in helping to sharpen Eisenberg’s direction, a boost since her wordplay and secondary plot threads, however remarkable, can sometimes be dense enough to suffocate.

“Your Duck is My Duck” opens at a lavish big-city party where an impoverished first-person narrator plies the crown hoping to find someone to buy one of her paintings. Wealthy husband and wife Ray and Christa, who just bought one, rush to greet her. Casually, the unnamed narrator learns the couple purchased the painting from her ex-lover Graham, who dumped her, vanished to Barcelona, and, she now finds out, has sold the works she once gave him as gifts.

But Ray and Christa enjoy playing patrons. They invite the narrator to a resident-artist bungalow, an annex to their luxurious villa located on an exotic island lined with beaches and sublime vistas. “You can just unstress and paint,” she’s told. Far from stupid, the young painter recognizes social ironies, yet misses its larger and more brutal implications. In that sense, she’s a typical Eisenberg narrator, adept at describing a scenario but failing to see beneath the hopeful surface.

The painter hallucinates phantom visits from another, better version of Graham, all the while missing out on what’s happening on the island itself.

One day, a fellow artist-in-residence demands she look out the window. She sees a long line of island natives. Heavy rains have forced them from their villages and farms.

But summer lightning storms ignite the oil contained naturally in the eucalyptus. The island burns as the natives await rescue crafts. Not so surprisingly, the painter does some of her best work as the apocalypse advances.

As for Ray and Christa, they fled long ago on a private plane. The island’s fate, they agree, is not their duck.

Eisenberg’s tales often ride an Einsteinian roller coaster around and about time and space, trailing “dust clouds of sparkly molecules.” Yet she makes it all so credible.

“Your Duck is My Duck” (Harper Collins, 2918) sees Eisenberg repeatedly honor the value of language.

The story “Merge” introduces handsome playboy Keith, who is abandoned to street poverty by his billionaire father. Celeste, a “serious researcher with “big goggly glasses,” takes him in. She’ll soon travel to the Middle-East as an observer at refugee camps (more people society has abandoned). Later, she’ll venture further still, to an isolated, prehistoric spot where one archaeologist believed language was born some two million years ago. It is, she writes, a glorious capacity, one that “lets us merge expressible things into other expressible things.”

But Celeste has contracted malaria and lapses into a haze. In it, she sees “iridescent soap bubbles” appear containing “the first words to be uttered on the planet,” a passage that cements Eisenberg’s thematic homage to words.

In rare moments of lucidity, she longingly remembers Keith, or a man named Keith her fevered mind reshapes into an object of hope. But the real Keith has been re-admitted to penthouse-land and rarely remembers Celeste.

“Three Towers,” set in a dystopic, totalitarian future, centers on a character, Thèrese, who has been reported for creating word-associations, a stepping stone of language. She “plummets forward,” captured by her imagination. “She see words heating up, expanding, exploding into pictures of things, shooting off in all directions, then flaming out, leaving behind cinders and husks, a litter of tiny, empty winged corpses, like scorched gnats or angels.”

Seen as afflicted with “aberrant cortical activity,” she is sent to “the City” for “the cure.” It consists of obedience training and “buzz-off” drugs that train her that word associations are wrong. “Tree” should not go with “leaf,” let alone with “shadow.” Tree” can only be associated with “tree.”

Powerful words, extraordinary stories, as Eisenberg reclaims from corruption “all we have,” and that is language.