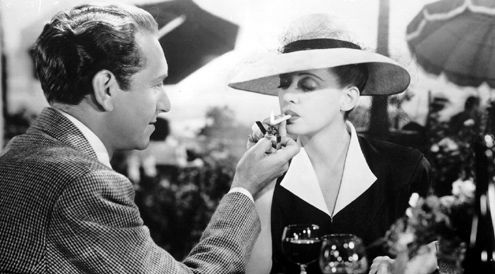 The kept woman, now coming to a site near you.
T

o digest the case of disgraced former New York Governor Eliot Spitzer it’s useful to consider what might be labeled the multiplication of options, and a corollary, the dissemination of temptation.

For decades, powerful married men sought attractive women assured they’d operate under the literal and figurative cover of darkness. The postwar press, its ways and means limited, its discretion biased in favor of men, shied from documenting sexual escapades. It preferred the ideological scandals of the McCarthy era: We you a Red? Were you a secret spy? Had you once met with a Russian? The oxygen of the salacious was national betrayal. Irresponsible erections were not news. They were anti-cultural, low-level gossip.

Since then, two things have happened.

Gossip, which is to say the accumulated primal tangents of personal lives, have been made routinely public and the subject of voyeuristic participation.

Consider a recent ad posted on Craig’s List, arguably the most popular online free advertising vehicle in United States. There are many like it but this one has an emblematic dimension. Under the “Women Seeking Men” category with the title “Beautiful, Classy, Smart SWF Seeks A True Gentleman — 29,” it reads in part:

“Beautiful, blond, elegant, thin/in-shape(size 4), well-educated and well-traveled SWF seeks a tall, attractive, kind-hearted, generous benefactor/financier… I have always had a fantasy of this kind of relationship but am not the type of girl who should ever even think about it!

“I am classy, smart, sexy and ambitious… I love to travel internationally and definitely know how to enjoy and appreciate the finer things in life… I am seeking a true ‘gentleman’ of means who would appreciate having a truly amazing girl to spoil and adore within a mutually beneficial (monthly/ high four to five figure) arrangement.

“I will only respond to those who include a physical description/photo and write enough to show they are sincere/for real in their financial ability and desire for a mutually beneficial and fun ‘arrangement’!”

On the face of it, this is just a kept-woman twist on the world’s oldest profession.

But the immediate response may be too facile.

That Spitzer was a so-called crusader (a chance-taker by definition) made him all the more susceptible to the very trouble he recruited. He was not innocent but he was vulnerable. Power to those who have it is most stimulating exercised outside the rules. And in a society that adores the pretense of discipline, the capacity to prowl purgatory while pretending immaculateness is a primeval narcotic.

No, Spitzer didn’t find his expensive escort trawling the Internet. But he might as well have. Fantasies are in the public domain. Stylish gold-diggers advertise unabashedly, with bad-girl charm the foremost aphrodisiac.

It pointless to justify a man who says one thing and does another. He’s a liar. Self-righteousness, whether in duplicitous liaisons or foreign policy, is deplorable. You can’t champion human rights while running prison camps.

But the enticements into escapade are certainly more consuming now than half-a-century ago, when JFK allegedly bedded an all-but-suicidal Marlyn Monroe. That was a world of whispers and scowls, of wives who buried themselves in the melancholy of chores and babies to offset the distracting proclivities of their husbands.

The forbidden — the Puritanical forbidden, that is — distracts more fluently than ever. Its promotional veneer has patent-medicine appeal. It can be well-traveled and well-educated. It can be naughty (“I am not the kind of girl who should even think about it…”) It can hide (temporarily) behind an ad number and pledge a “mutually beneficial” arrangement with an online smile. And it’s all there for the unabashed and expensive taking.

There’s nothing new about male sexuality gone amok. Seed-spreading is both biblical and biological. Moral frameworks, spiritual and secular, were created to restrict it. What has changed, again, is the proliferation and multiplication of enticement. Voyeurism is a vast supermarket aisle. Men patrol its products with the zeal of missionaries or, yes, crusaders. To their own detriment, they poke with ardor at the uninhibited product, and the product, very much alive, pokes back. And keeps the change.