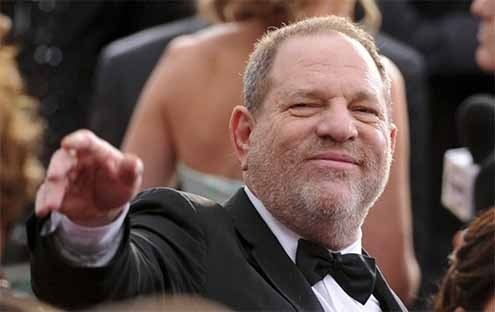 ransference is often defined as an unconscious shift of feelings from one person to another. A father’s mistreatment of a daughter can trigger the daughter’s resentment toward a lover if the lover comes to resemble her oppressive parent.

Take the Harvey Weinstein sex scandal. In less than a month the Hollywood producer has come to symbolize the worst kind of male arrogance. By all accounts he harassed countless aspiring actresses and paid some to keep quiet. A handful of female celebrities have spoken of facing Weinstein’s advances (or worse) at the start of their careers. Unwilling or unable to differentiate 1930 from 2000, Weinstein played to the tawdry side of Hollywood’s old school casting couch tradition.

Now, the politically progressive Weinstein is the scourge of his industry. He’s been expelled from film organizations, his wife has left him, and former allies have shamed him publicly, including Democratic presidential candidate Hillary Clinton, whose campaign he helped finance.

Rightly so, most might say. Anyone who uses rank to literally savage those who seek legitimate advancement has no place in enlightened society.

But it is at this critical juncture that the Weinstein transference effect kicks in. In early October 2016, a 10-year-old tape emerged of now-President Donald J. Trump making lewd references to female compliancy (if not complicity) around powerful and influential men. “…When you’re a star, they [women] let you do it. You can do anything. Grab them by the pussy. You can do anything.”

These remarks especially unsettled Hollywood, which recognized the deep stain of studio sleaze. Clinton, a West Coast darling (or close), questioned Trump’s unfitness for office. His pathological resistance to seeing women in anything but candy apple terms seemed very much in line with that of an untouchable producer. The verbal spanking Trump received at the time was seen as a prelude to a November comeuppance, one whose absence left Los Angeles and New York in deep shock. Into the presidency came a petulant figure with producer-like traits and an unapologetic penchant for misogyny.

It was a mind-boggling setback for Hollywood progressives, particularly those convinced a Clinton presidency would help women in the workplace and begin to put Hollywood’s age-old boy’s club on notice.

Trump’s volatile victory combined with Weinstein’s sudden and ugly exposure is making it increasingly difficult to differentiate between the resentment focused on the disgraced producer and deeper anger directed at a president seen by some as a disgrace in his own right and a champion of many of the male “manners” now under dispute.

Context is essential. Weinstein’s long suspected abuses went all but unchallenged for two decades. He was seen as too big to fail until Trump brought studio system vulgarity to Washington, leveling a playing field that once at least pretended the custom of decorum. Only when Trump turned up his media-hating volume did the New York Times unleash its full investigative fury, as if humbling a secondary predator it might make up for the one it still can’t nail (also showing rich Democrats aren’t above the paper’s wrath grade).

It helped of course that Trump’s larger-than-life bombast and love of success was kin to Weinstein’s, a notoriously arrogant if less outwardly noisy figure. The producer and the real estate developer shared the tribal plumage typically associated with relentless self-made men. Both demanded control and expected always to get their way, financially or sexually.

British actress Emma Thompson mentioned a “crisis in masculinity,” “extreme masculinity,” she called it, as reflected by Weinstein’s behavior “but also inherent to “the most powerful man in the world at the moment.” Thompson never spoke Trump’s name. She didn’t need to. The line between Weinstein and Trump, both cash-savvy hustlers, is sufficiently blurred to allow antagonism toward one to melt seamlessly into the other, all this as the bossy occupant of the Oval Office looks toward Caligula’s broken Hollywood and sneers.