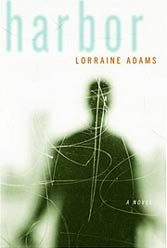 It’s hard to imagine a more insightful book about terrorism than Adams’ novel (including Ian McEwen’s “Saturday” and DeLillo’s “Falling Man”). That’s partly because she’s reported on illegal immigrants — she won a Pulitzer for Washington Post — but mostly because she’s a writer of impressive poise and grace. Her players are downcast Algerian immigrants, most scarred by civil war at home and now at (marred) peace in the Boston area. Aziz, her narrator, moves seamlessly between Boston present and Algeria past.

A terrorist plot, Adams suggests, is one part frustration and two parts chaos. Neither immigrants nor would-be pursuers fully understand one another. Adams probes the breakdown with an archeologist’s attention to heritage and a poet’s sense of provenance. Most post-9/11 fiction struggles with reckoning. Adams, because she operates on the outskirts of drama, succeeds spectacularly.