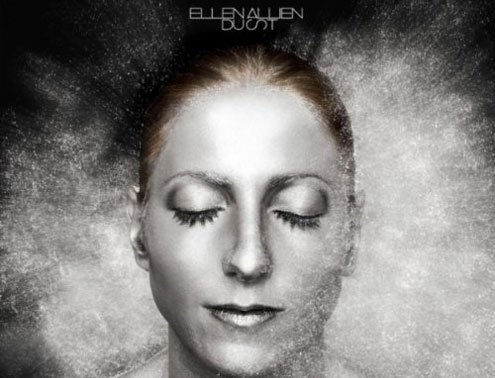 rom Eyjafjallajökull to the Qinghai earthquake to the Greek economy to what’s left of my tax refund after a few nights out on the town, the word that keeps coming to mind for me recently is dust. It’s a general word for particles with diameters less than 500 micrometers, of course, but it’s also much more than that. It’s the stuff on ancient vinyl, the sounds in the air around you, the memories and the harbinger of what’s to come. It’s a reason.

A LITERAL reason, in fact, for Berlin DJ, producer, label owner, and fashion designer Ellen Allien on her fifth solo full-length, Dust (Bpitch Control). Ellen’s always been one of the most fascinating avatars of Berlin’s world-famous electronic scene, from her earliest endeavors in the mid-90s through her proper long-playing debut in 2001 with Stadtkind and onward to the point of producer extraordinaire she now enjoys. She’s no child of the city anymore, but her sense of whimsy and vernal melodic touch have returned after the intensely remote minimalism of 2008’s Sool.

Songs such as “Sun the Rain” and “Ever” sound downright approachable, indie-rock and synth-pop cloaked in techno production. It would be wrong to give her all the credit for yet another sonic switch — producer Tobias Freund, a 20-year veteran of the Berlin scene himself, was behind the boards this time. Unlike Ellen’s usual cohort Antye Greie (alias AGF), Freund is less inclined to strip songs to the point of deliberate abstraction; instead, Dust exists on some plane in between. Slithering minimal techno, electro-infused indie, pop: Labels for both Ellen Allien and her latest album dissipate in description.

NO MATTER who Ellen Allien is teaming up with, the end result is always a collection of tunes that sound crystalline. Sharp, clear, isolated as if in a lab. Steven Ellison knows no such thing. His work under the Flying Lotus moniker takes dust as symbol and transforms it into dust as actual sound. The crackling of old vinyl loops, the fluttering cosmic debris that litters the spaceways of his beats, that’s all dust, and it’s all delicious to him.

Cosmogramma (Warp), his third full-length, is the latest document of a guy currently helming the instrumental hip-hop movement rising in the wake of J Dilla’s passing in 2006. What unites Ellison with his Detroit precedent is their love of bass-heavy beats, trunk-shaking thumps that would rattle any Fiat Punto to pieces.

What separates them is how Dilla enjoyed the grime of old 45s in his loops; FlyLo takes 8-bit videogame soundtracks (“Clock Catcher”) and infuses them with the detritus of outer musique concrete (“Arkestry”), dubstep (“Recoiled”) and jazz (“German Haircut”) for an updated version of the same template.

It’s hard to believe most songs run less than four minutes. The immediate reaction is that this is at least as good as 2008’s Los Angeles, but we’ve had two years to replay its hidden charms. The odds look good that we’ll be saying the same of this when the Apocalypse comes to pass and we’re all turned to dust in the ensuing endtimes.

THE ENDTIMES have come much sooner for one of indie-rock’s most celebrated acts, LCD Soundsystem. Following the announcement that he had finished work on his third LP, This is Happening (DFA/Astralwerks), LCD man James Murphy also announced it would be his last.

This album sounds like a guy that’s run out of ideas for his musical laboratory, the capstone to a career that took him from mid-1990s New York City nobodies Pony and Speedking to the ascending heights of Six Finger Satellite soundman and DFA producer to the pinnacle of pop music stardom (whatever that means anymore) as LCD Soundsystem.

The lauded Sound of Silver (2007) was always going to be a hard thing to top, but with This is Happening, Murphy’s taken the elements that were so liked about that album (coming to terms with age, sincerity, attempts at singing) and completed the overhaul by almost entirely eradicating the humor and deadpan irony of his early songs.

This band’s first song in 2002 was a 12″ that spent nearly eight minutes poking fun at elitist music geeks; this band’s last song on their last official release (assuming nothing comes after this) is a song called “Home,” where Murphy sings, “If you’re afraid of what you need, look around you/You’re surrounded, it won’t get any better,” before adding quietly, “So goodnight.” The arpeggiating synths and clattering percussion disappear one by one before the song ends with a cymbal crash at nearly eight minutes. It’s not his best work, but it is his most approachable.

Murphy, ever the scholar of self-awareness, knows this. He’s also probably enjoying it, these fleeting moments of youth, as he moves into the next phase of his life. When those memories of youth turn to dust, obscured by time and transition, it will be comforting for him to look back on one of the best discographies of the last decade. Us too.