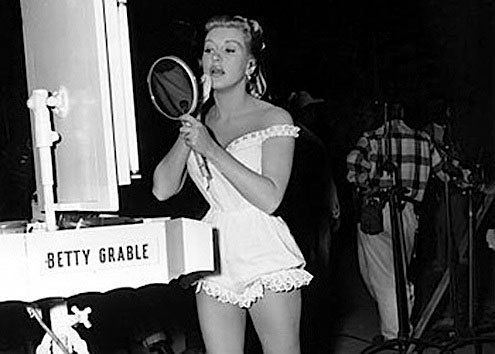 struggle with female undergarments. I read male novelists possessed with an uncanny knack for the details of apparel, as if they’d been dressing and undressing women for a lifetime. They understand the intricacies of clasps, the hydraulic complications of blouses, the quirky velocity of colored panties, and how the whole forms a contagiously intimate patina.

I get none of it.

I know a skirt. I know pants. As a boy, I found a bra in my mother’s dressing room and convinced myself it was connected to the making of cupcakes and belonged in the kitchen.

When my mother caught me — I was seven — she slapped me and drew blood, which may well account for my dislike for cupcakes and my woes amid female netherlands.

I mention this because today, a Sunday, while thrashing among closeted sweaters before an outing in the Rome rain (Italy has yet to decide, in late February, whether to banish winter), I found a hibernating brown snowsuit. Under it was a woman’s thin black top with two slight straps. Was this a slip? The word, I admit, is appealing. Then again, it may not be a slip. It could be a blouse.

A more interesting question, however, is what it’s doing in my closet under my gruff winter coat? (They’re winning partners, coat and top; improbable unity in ancient stealth.) Since when do I collect blouses and tops?

Reconstructing the past is like sifting through the remains of a shattered urn. On the lam from the whole, dispersed slivers resist. Leave the recesses of a closet untouched and all that’s forgotten makes a happy home.

I smell the top for traces of perfume. Nothing. Perfume is embellished alcohol. Its seductive enterprise spurns endurance. But smell is a clue. “Halter” — that’s the word I want, and with it comes memory: a hotel room in New Haven, Connecticut where a naked woman is handing me a keepsake.

What a strange place, a closet, to fall backwards into a 25-year-old affair with a married woman. And how typically male to conceal proof under heavy clothing like a rose petal forgotten into a heavy book.

Her husband was an airline pilot. When she told him, he slammed a clenched first through a plaster wall, breaking a dozen bones. I winced at the story. In my attic are our letters, reckless and urgent. When the affair ended so did the meaning of its evidence. She met my closing desperation with terseness. “You lost,” she wrote. The word stung.

Years later we met by chance at an office elevator. She saw me and walked to the stairs.

When she gave me the halter she’d said, “Keep it for the next time.”

I recall the coils of her red hair. I remember her boarding a Midwest-bound jet. I see myself on the bus that took me from New Haven to JFK, then on a TWA flight back to Rome. I buried the black halter in a suitcase, to later exile it in anger. All this when feelings mattered so much that forgetting them seemed unimaginable.

Halter. Correct me if I’m wrong.