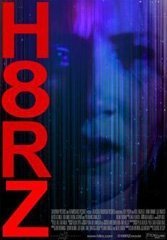 Director and co-writer Derreck Borte’s clever if patchy little thriller owes a debt to the mood and pace of criminal masterpiece “The Usual Suspects,” though its ambitions are more modest and its success more contained.

H8RZ — “haters” in text-speak — opens with an explosion in a local high school in which one boy, class president Jack (Israel Broussard), is burned beyond recognition, and a second, Alex (Eliza Bennett), a foster child, is left to narrate what led up the event. And that he does in the presence of an unscrupulous lawyer (Abigail Spencer), determined to clear the school from damage suits. It seems the two were part of a five-student cabal that cheated on a test, were caught, but hatched a plan to hack into the school system to change the results — a clever enough scheme if only devilish chemistry teacher Mr. Faustin (Jeremy Sisto) hadn’t caught them.

Borte’s story as told through innocent-looking Alex grows edgier when Faustin begins using the identity of a student who committed suicide as tool for blackmail. Manipulated into hacking, they seem little more than scared cheats following orders from a criminal “mastermind.” But that’s not the whole story, which Borte reserves for his surprisingly bright kicker.

The intervening stretch — scared kids, corrupt teachers, conniving lawyer — plays to that kicker by thickening the plot. Only that kids are kids and high school is high school, leaving the run-up to the reckoning a little lean on anything but sighs, gasps and teen anxiety. Thankfully, much of the camera focus is on Alex, whose laconic storytelling and androgynous looks help give substance to a revenge story that for most of its run-time doesn’t play like one.