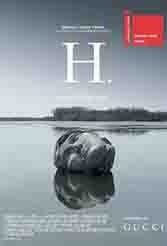 After a telling quote from Homer’s “The Iliad” that opens with the line “Everything is more beautiful because we are doomed,” Rania Attieh and Daniel Garcia plunge into an unsettling fable that inserts two women at opposite ends of their child bearing years into a narcotic landscape with ample hints of impending apocalypse. Both women are predictably named Helen — “The Iliad” is propelled by Helen of Troy — and both are in the thrall of a mystically maternal torment, grieving for losses larger than their ability to express or contain.

The first Helen is a late middle-aged woman (Robin Bartlett) who nurses her “reborn baby,” a doll, alongside an aloof husband who dwells on her fringe. The second Helen is a wistful 34-year-old pregnant artist (Rebecca Dayan) in an uneasy relationship with a husband who’s already betrayed her once. These two mournful women come to life as the city of Troy, New York — more Homeric pushing — is under siege by eerie phenomenon that may or may not be related to a meteor strike. There are odd clouds, deep haze, and people randomly fall briefly into bloodshot narcolepsy. Horses —Trojan by implication — materialize impossibly at critical moments and members of the local citizenry vanish without a trace. Out of a frozen lake comes the head of the Statue of Liberty. No one has an explanation for any of it.

This is film as performance art with an oblique “end is nigh” subtext. Neither older nor younger Helen is equipped to come to terms with the meteor-induced torment. Where’s the older Helen’s husband? What’s happening to the younger Helen’s pregnancy?

Questions and impressions outstrip answers, with snowy cello-driven punctuation marks in between. That said, Attieh and Garcia have an elegiac sense of sullenness, and that alone is worth experiencing.