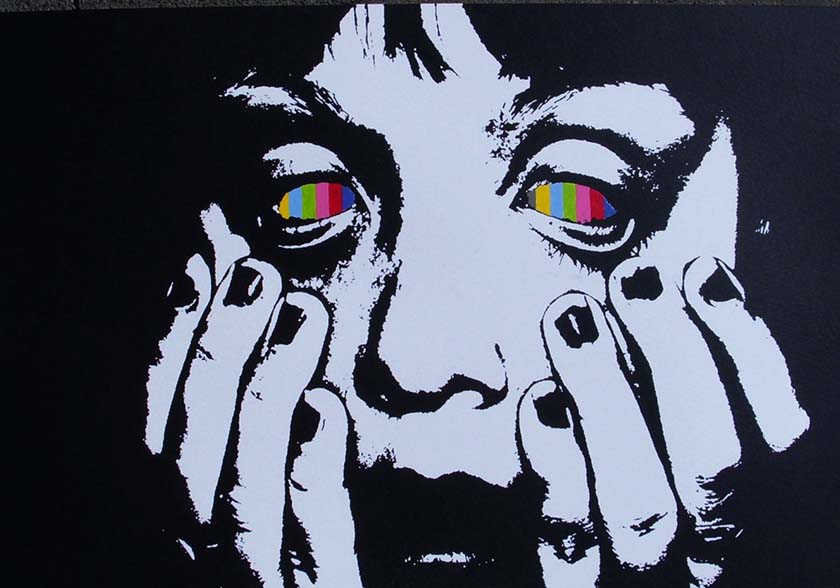 n the phone, my Rome ophthalmologist loses his cool. I have called to give him birthday greetings. He has been treating my devastated eyes for years.

A friend in the United States tells me her ailing grandmother also had no choice but virtual treatment. Which ended up being virtually useless because the grandmother was confused by this method, and the doctor unable to get the slightest feel for his patient’s suffering. “Maybe it’s Parkinson’s,” he said. Quite a maybe.

Trapped between a mildewed layer of Dante’s netherworld and the actual world of modern medicine is the reality known as “the virus,” the outsized scourge that needs no introduction. If it could have an anthem it would be the Rolling Stones’s “Sympathy for the Devil” (…what’s confusing you is the nature of my game).

Complicit are the global medical Brahmins, but the virus (at once hated and admired by researchers) has driven an unheard of wedge between patients and doctors.

Physicians no longer meet with patients because experts have erected a latter day medical Berlin Wall.

Most doctors now can no longer meet with patients because viral experts have erected a latter day medical Berlin Wall intended to keep predator and prey at a distance, this at the expense of basic medical and human knowledge.

In an age already top-heavy on estrangement, it’s a choice that carries with it extreme mental ramifications, none cheering.

But since doctors must communicate with patients, the only sensible alternative, or so the logic goes, is well-meaning remote medicine. But it isn’t in the least sensible. Most patients cannot deal with doctors unless in an intimate setting in which they can speak, explain, moan, demonstrate, weep, all this sometimes overcoming linguistic hurdles.

In a strained marriage, this kind of contact would be grounds for irreconcilable differences. Except that such “sessions” are now the norm and stand to remain that way for some time to come, since the virus has led many toward dread, casting the same spell on doctors, who’d prefer to err on the side of their own wellbeing. The emotional (not medical) intelligence of the experts making these rules is low, as is any willingness to take risks.

Yet for decades physicians of all stripes risked their lives, and died in spades, treating diseases they had to approach to understand. Some are doing the same today, but this time protected by decontamination suits, not infallible, but helpful.

Such shielding measures make infinite sense in dealing with the likes of Ebola and other surefire killers. They make somewhat less sense in dealing with Herr Corona, who is more selective in his choices, usually picking the sick and the weak. Tens (soon hundreds) of thousands who are neither will have contracted and expelled the disease, showing few or modest symptoms, and never risking hospital treatment, let alone their lives. Most important, they will have acquired the immunity freed lockdowners will lack.

These are, of course, blasphemous remarks, since orders have been issued. All must be protected, and must protect. Just as a soldier does not disobey an order, a society does not question rules intended to ensure its safety, even if they reek of folly. What cannot be debated is that doctors cannot treat patients they cannot see except in virtual terms, just as would-be lovers cannot smell their attraction to each other until they’re face-to-face. This is a function of the human condition, with sight, touch, smell as components. It is also a function of hearing the concealed anxiety in a patient’s voice that a digital conference might conceal (same with a business meeting).

Doctors with any human dexterity know the expert advice runs contrary to the centrality of intimate contact.

So when my eye doctor says, “madness,” he’s right: it is. The protective measures adopted to keep this disease at bay suit an old expression, cutting off your nose to spite your face.

Nor is the economy immune. It, too, responds to human directness and now suffers from a sort of alpha-numeric depression. No amount of online caressing can fully perk up the numbers until real humans reappear.

Doctors with any human dexterity full well know the expert advice, while bio-medically sound, runs contrary to the centrality of intimate contact. No creature on earth stays away from its ilk systematically, though some are loners. Creatures do run from what they fear.

Now, both doctors and patients are fearful, as a result stuck in a digital no man’s land that satisfies no one unless they seek entertainment or voyeurism.

Yet rules are rules and doctors wished a happy birthday bemoan madness.

In 1920, W.B. Yeats wrote the line, “The center cannot hold,” a menacing rumination from a poem about the decimation of World War I and the savage flu that followed it. Not 100,000 died, the case in these days, but nearly 100 million, mostly teens and young men. Europe was in shambles and felt tangibly apocalyptic. The poem was titled “The Second Coming” and its sense of life undone beyond repair mesmerized readers in an age before video told all stories. “Turning and turning in the widening gyre/ The falcon cannot hear the falconer,” the poem began ominously.

In a word, a poem about global madness, and now the widening gyre seeks an encore.