Gypsies at the fair 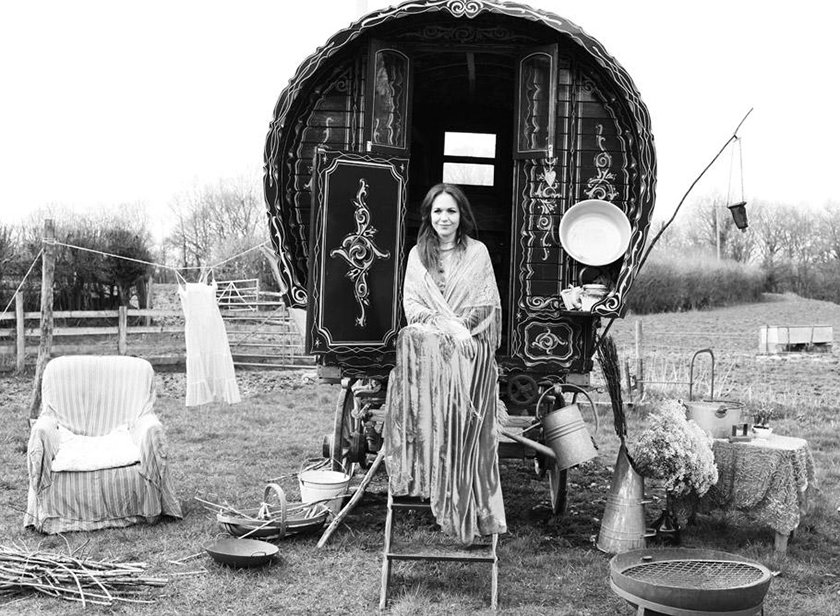 Gypsies still come to the fair, but not in the old style.
T

hey materialized every year on the dawn of August 14 in my native Alezio, at the southernmost tip of Apulia. The day marked, and still marks, the beginning of a three day festival celebrating Our Lady of the Assumption, whose 12th century sanctuary, its interior decorated with delicate Byzantine frescoes, towers above the village. The celebrations, also known also as “Festa della Lizza” (“Lizza fair,” the name deriving from “Leccio,” the typical local oak tree, Quercus ilex) date back to centuries ago. However, the three day festival and the fair (from August 14 to 16) were officially established with an edict issued by King Joaquim “Napoleon” Murat (the French military commander, and the brother-in-law of Emperor Napoleon Bonaparte, who made him King of Naples) on July 25 1810. A marble plaque, bearing the text and the date of the edict, is still visible on a wall, in the east corner of the old fair site, now the municipal park “Villa L’Assunta.” 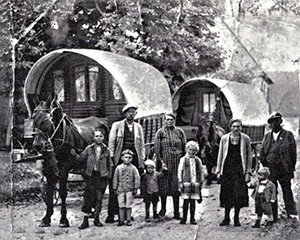 It wasn’t that long ago that caravans were still in use.

The Gypsies arrived during the night on their horse drawn caravans, a few horses trailing behind each carriage. They set up their camp in the roundish amphitheater-like arena opening a few meters below the staircase leading to the tall pronaos that was added to the sanctuary façade under the reign of Charles V, an imposing decoration, but also a watchtower against marauding Saracen pirates. By the time my father took me to attend the ceremony inaugurating the festival, the caravans were already arranged at the far end of the expanse. Some imposing draught-horses, perfectly groomed, were inside a simple corral made of wooden poles and ropes between the caravans. Negotiations for their sale had already begun.

On the morning of August 15, people from nearby towns and villages would flock in to buy or sell horses, but also cows, sheep, rabbits, pigs and all kind of fowl. That is why the Gypsies never missed the date. I also saw them at patronal festivals in other towns and villages. Since they were all held in late spring or summer, I often wondered where the Gypsies went when it was cold, in winter, as young Holden Caulfield did about the ducks that swam in the lake of Central Park.

Older Gypsy women, in long dark dresses and headscarves, and children shuffling behind, went around, among the crowd and the stands, selling knitting needles and cardboard fans.

The selling of horses was a rite in itself. Two groups of men were huddled at a few dozen yards from each other, the Gypsy sellers on one side and the local buyers on the other. From time to time, some of the buyers went to have a closer look at one of the horses. They would examine feet, legs, and teeth. Later, an intermediary shuttled back and forth between the two groups, relaying offers and counter-offers. When an agreement was reached, he called seller and buyer to meet halfway. Then the party came together, each man spat on his own hand, and after a vigorous handshake, horse and money changed hands.

Besides raising excellent horses, the Gypsies were also boilermakers and tinkers and they sold small iron tools of their production to housewives and farmers.

When the Gypsies arrived the local people became watchful; the Gypsies had a reputation as thieves and kidnappers. Though there were certainly thieves among them, as among every community, nomad or stable, in all villages, towns, and cities of the world, their bad reputation was largely undeserved and I never heard of a single kidnapping really ever blamed on them. 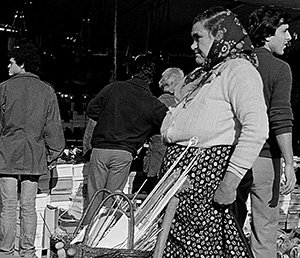 Older Gypsy women, in long dark dresses and headscarves, and children shuffling behind, went around, among the crowd and the stands, selling knitting needles and cardboard fans. The fans bore the image of Our Lady of the Assumption on one side, and of St. Roch on the other (St. Roch is the other patron of Alezio, whose feast is on August 16). Some would read people’s hand and pretend to predict their future. With hindsight, those ladies were probably not so old, as I kept seeing them (one of them in particular), year after year, until my late thirties.

They also sold zinc-plated iron sticks, 25-30 millimeters in length (round but more often square in cross-section, with diameter or sides of about one millimeter), used by the Salentino homemakers to prepare “minchiareddhi” a rustic form of “maccheroni.” As Patience Gray explains in her bestseller “Honey from a Weed,” they are obtained from short, narrow, strips of hard wheat (or barley, according to an older recipe) dough, “briskly rolled around the oiled steel ferrule of an umbrella.” Minchiareddhi are traditionally served with freshly made tomato sauce, flavored with basil and a tablespoon or two of “ricotta forte” (“strong ricotta”), a kind of local soft cheese, naturally hot, made with fermented leftover of ewe’s milk ricotta. The dish is finally sprinkled with abundant breadcrumbs. A few dried tomatoes are often added to the sauce, thrown in while browning the onions. (The reason for this culinary digression is that “minchiareddhi” are still a favorite dish in Salento at this time of the year. Delicious. Try it!)

Younger women would normally stay at the small encampment. In the morning, they were sometimes seen while brushing their long raven-black hair, sitting on the wooden steps leading to the entrance of the caravan, darting their back eyes at young lads buzzing around and never daring to come too close. 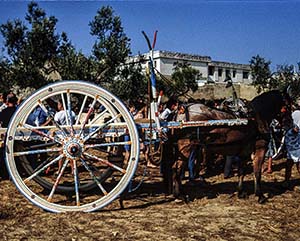 In Southern Italy, there are currently about 30,000 Gypsies, now more correctly and officially termed, according to their origin, Romani (in Italian “Rom”, a term deriving from the Sanskrit “domba”, meaning, “free man”) or “Sinti” (from “Sindh,” a region in Pakistan crossed by the river Indus). Several small groups still lead a nomadic life, riding motor homes and cars with trailers in tow. They often camp in the outskirts of larger towns. Others live permanently, or most of the year, in caravans, or hovels of their own make, huddled together in a sort of village, generally in a degraded environment. However, in time, many of them settled down in small country towns, especially in Salento, where they still raise horses and cultivate the land. A large majority of them speak one or other of the many variations of the Romani idioms, deriving from Indo-European languages spoken in western regions of India, with many terms borrowed from Persian, Kurdish, Armenian, and Greek.

The “Fiera della Lizza” is still held every year, though the venue was changed years ago. Gypsies still come to sell their wares, including horses, ferried in large trucks. They are no longer the imposing working animals I remember from my childhood. Now they are slender saddle horses or trot-horses for the diversion of the scions of the new bourgeoisie, the children and grandchildren of those peasants who, until sixty years ago, would buy draught-horses from the fathers or grandfathers of today’s sellers.