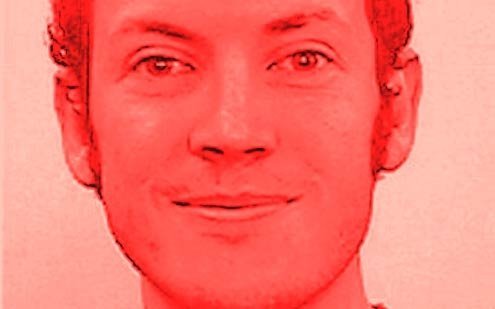 No portrait will ever fit.
T

he gunner within us is angry, downbeat, sure. He’s mad as hell. He’s impressionable. He’s bottled up. He has something to say but can’t say it. He has something to prove but can’t prove it, until he acts. He, in America, has no use for the religious and political ideologies that appeal to other insurgencies, and which usually advertise a sense of common purpose and belonging. His purpose is himself. In the back of his head is the New Hampshire motto, “Live free or die,” with freedom perceived as the individual ability, and the right, to have random impact, whatever the cost, which in a numbers-oriented country often means gearing up for large-scale slaughter.

The gunner is as American as the Wild West, which never vanished, nor did its gun-slinging mythology, updated through cartoon and cinematic superheroes. He — since it’s invariably a he — conforms to personal convictions few can understand but are clear to him. From perceived disorder comes his “ordering” act, its bloodshed irrelevant, perhaps necessary.

America incubates such gunners precisely because it lacks the ideological and religious periphery that would otherwise attempt to draft them. National personalism gets in the way of the growth of militias, which began reasserting themselves in the 1990s only to peter out.

In America, there’s still no more powerful act of ego, no greater mark of assertion, than a grand one perpetrated alone. Taking down buildings is ultimately impersonal, unlike opening fire on a crowd, which creates both blood bond and feud and cannot but end badly, in reverse glory, which is capture or death, and therefore celebrity, or so the gunman sees it.

Gunners are wedged beneath the American cuticle not so much because of the availability of weapons but because freedom of movement and rule of democracy ironically outlaw interference in most personal affairs and perversions. Private madness can fester to later flourish. Since the threat isn’t ideological, there’s no secret police to patrol the periphery of psychic extremism or identify mad vagaries before they’re played out on a sinister stage. Gunners, before their major act, often show their stripes in a minor key — off-kilter behavior, social maladjustment — but in the American live-and-let live context are seen as oddballs, if they’re seen at all.

For the gunner, civil society is a sham. It is a fundamental freedom that has become a seemingly endless rage. The gunner feels small, or his voice sounds small, and from this smallness comes the idea of assembling something big, another splinter of the American Dream. He builds, often quietly, to a crescendo. It’s important people pay attention, he thinks. But how can they when public volume is tuned so high? How to get past this threshold to elicit a collective shriek?

The answer, for the gunner, is a theatrical action intended to control and possess the lethal, for a minute or an hour. America, otherwise uncontrollable, still pauses for sudden violence: it “likes” taking stock, counting its dead, enumerating wounds, picturing wails. Gunners know this. They’re the heroes and villains of their own movie, snippets of which their unconscious plays as a prankish newsreel.

Often, when Americans examine far-away terrorists, they speak in terms of “those people,” estranging themselves from evil-mongers, from callous life-haters; they are “them, not us,” a label that gives aid and comfort to civil superiority in a world that seems more palatable when the terrible is tailored to fit compartments.

But the American gunner, also a kind of terrorist, inserts himself into the crannies of this segregation, blurring its reassurance. He is usually a broken boy next door, smart even, but an aberration; a fact national officials take great pains to immediately establish, working hard to keep visions of foreign malice at bay.

The gunner scoffs at the differentiation. He may be called Bob or Joe, not Ali, but he knows what he’s doing, and why; his aim is to disrupt or to generate attention, or to shift the focus, however briefly, on him.

American gunners are bold self-believers, appalling messengers of national individualism, summations of the busy intersection between guns and ego. Like their counterparts in more unstable parts of the world, they go where crowds go. And in the midst of life’s cinematic clutter, awash as it now is in ring tones and Dolby, they suddenly transform fiction into a startling, weeping reality of their own making.