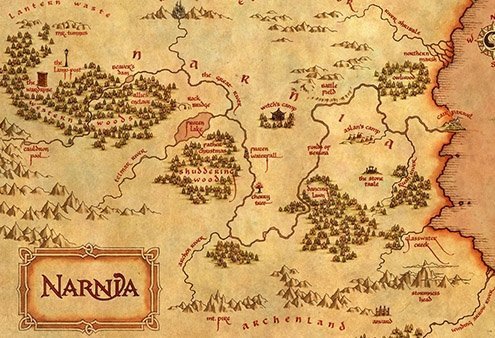 Is it really necessary to bid goodbye to Narnia, and youth?
T

he other day I was rushing out to an acting class but when my stomach grumbled, I ran back to get a snack. I got an apple. And I put it in a bag so I’d have something to put the core in. And I even snagged some napkins to wipe my mouth. To be clear, I chose an apple because I was worried the crackers would be too high in sodium and the Fig Newton’s would just make my sugar levels spike.

What’s my reason for telling you this relatively unexciting story? I’m afraid I’m growing up.

I never thought I’d say that, but as I look around my world, there’s just no other explanation for the things I do. It doesn’t sound that bad, does it? Growing up is what parents beg you to do when you’re late for the bus, and what society demands of you before letting you get behind the wheel of a car or into clubs. So, in a way, I’m right on track. The apple is a good sign. Yet, I can’t help but feel a little haunted by it.

So many wonderful childhood books end with children growing up. Think “Winnie the Pooh” and “The Chronicles of Narnia.” The cautionary tale about the end of childhood was effectively instilled in me. I was wary of kids around me who couldn’t wait to outgrow certain things. I never minded making up little stories in my head and imaging animals talking. It may be called nursery tea among adults, but I continue to put sugar and milk in mine. And I’m fine with retaining some superstitious food distrust (artichokes baffle me).

Maybe I was too focused on these little things to realize growing up had a bigger picture. I now worry about my sodium content. I’ve started thinking about what my health insurance covers, and I understand things like 401Ks, and so on. I always assumed I’d be Lucy, who could still get into Narnia — because of course I’d never lose my belief in magic and adventure. But as time marches on, I have a growing presentiment that maybe I’m Susan, who couldn’t return because she grew too concerned with mundane adult matters.

I remember feeling so betrayed by those characters. All they had to do was simply keep being childlike inside, but they couldn’t even manage that. How selfish to grow up and not play with Winnie anymore, after he meant so much to you, Christopher. I’d never be like that. I was Piglet, faithful until the end.

So how can I stop this? I understand I must grow up, but how do I remain enough of a child to still play with Winnie? Or get into Narnia? In fact, that’s the scariest part: I can’t tell how I’m growing up until it’s happened. Søren Kierkegaard wrote: “Life can only be understood backwards; but it must be lived forwards.” He’s right. Only after I grabbed the apple did I realize the significance of that choice.

Perhaps someone so self-aware of her childhood, me, was destined to not retain it. Maybe for people like me adulthood is the norm, and childhood the phase, whereas Narnia demands a constant childlike disposition. But try as I might, I can feel myself sinking into adultness. I occasionally pass up the opportunity to let my imagination run wild at night because I’m too tired from the events of the day. And I watch drama TV shows instead of comedy ones.

But then a little glimmer of hope springs up: is it possible that because I care about these things, and I care about my imagination, that I also care about not growing up all the way. Is it possible that this awareness will save me in the end? Susan didn’t mind not going to Narnia anymore. It might be wishful thinking, but there’s the slight chance that I do have something in me that will forever keep me a child, perhaps not as much as others, but somewhere in between. Maybe I’ll pick an apple as a snack but make sure to have two cups of eggnog at Christmas.