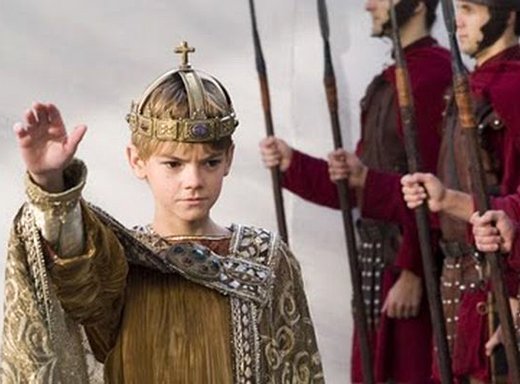 At least one part of becoming adult is lifting yourself above parental orders.
A

mong life’s most universal human experiences is to hear the older tell the younger about the pitfalls that lie ahead. It’s called imparting wisdom and it’s as old as history.

I’m closer to my early 20s, a period of life not known as a treasure trove of wisdom. But that doesn’t make me any less eager to be an active participant in the imparting process.

There is, however, a not-so-minor problem.

To go about being wise in adult terms, which is to say with clout, I’d need some actual life truths and experiences at my disposal. Which for now I don’t have.

So, in a deliberate (or desperate?) attempt to prepare adult material for when I’m ready to confer it, I’ve decided to devote some time to thinking about what it means to grow up.

Though I’ve written on similar themes before, this feels different, maybe because I want to focus on how you become a grownup self that is independent of your parents’ imprint.

Let me break it down further.

What interests me isn’t your eventual size. It’s how, from starting out as your parents’ sidecar, you become a motorcycle yourself.

From a strictly literal standpoint, growing up is a biological process by which, like it or not, you simply get larger. You take up more space in the world.

But what interests me here isn’t about size. It’s how, from starting out as your parents’ sidecar, you’re transformed into your own motorcycle.

And I have a working theory about what it takes.

Maybe you’ve heard the expression “It’s better to beg for forgiveness than to ask for permission.” Superficially, it sounds like a ditty Enablers came up with to justify just about anything. I see it as a line friends might use to egg you on to do something they’d never do in your shoes (“C’mon, submit that joke essay for your college application! They’ll be impressed by your wit and daring!”).

I know this because I’ve been played Enabler at times. But delve a little deeper into the concept of the platitude and you might just find the secret to growing up.

The difference between being your parents’ kid and your own person has everything to do with permission. Once you’re an adult, you stop asking your parents for clearance to act. Instead, if it’s necessary, you explain yourself in the wake of the action you took (hoping you won’t always be begging forgiveness).

When you’re a child, even a wonder-child, you’ll always be hearing — unsolicited — what your parents think of all you do.

You want another ice cream cone?

That’s nice to hear, Timmy, but the ‘rents don’t care. One is enough.

Yikes, tough luck, that’s how you’re getting into college, so brace yourself for another 14 years of it.

Sure, you can offer an opinion on the matter, but parental control and a working democracy don’t have much in common.

The way toward growing up, boys and girls, is giving more weight to your own opinions. That may sometimes mean tuning out your parents altogether.

Harsh? Maybe. But the road to becoming an adult runs through dictator’s territory. All this may be obvious to some, but not to the goody-two-shoes in me, which considers this a piece of earth-shattering awareness. And I suspect I’m not the only person navigating early adulthood who gets hung up on this fact.

It can feel both awkward and artificial to reorganize the hierarchy of opinion so curtly, but it’s necessary. In the end, growing up is nothing but a state of confidence. It’s like learning to ride a bike. There’s no difference in your motor skills in moving away from training wheels. It’s your sense of weight distribution that changes.

Same with becoming an adult. Recalibrating yourself takes time, so does saying no to gummy worms for breakfast even though no one’s stopping you. But once you do, it’s your own (better) judgement that matters most.

That’s not to say your parents will stop exerting an influence —and it’s worth listening, especially since establishing your new dictatorship doesn’t always come with restraint, at least not in the early going.

But don’t overdo it. Otherwise parental whispers can turn into shouts.