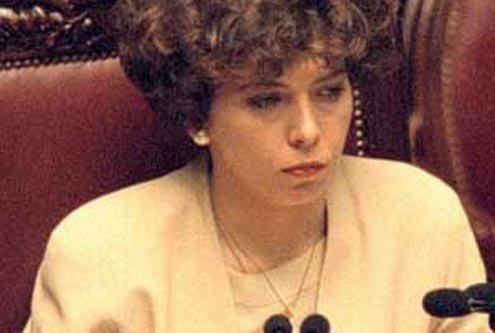 n giro, which in Italian roughly means “around,” national election results are being compared to a soccer match in which the third division team upsets complacent champions — not in the title match, mind you — but in a game important enough to suggest that anything’s possible, even in “rigged” Italy.

In truth, the protest movement of web-driven populist Beppe Grillo is anything but a third division team, but in a country that focuses on big guys and their established ways it can seem that way.

Call Grillo’s breakthrough Italy’s official entry into the Internet age, since that part of its erratic modernity has long lagged and likely will — Grillo aside — for years to come. While one big win doesn’t mean transforming anything, it does mean beating up on the public imagination, pro and con.

It has happened before. Silvio Berlusconi came to power in 1994 after forming a party named (no surprise) for a soccer chant, Forza Italia. The self-made businessman won the day in the post-corruption 1990s. Supreme irony, then, that his comeback would now be perceived as the return of an unwanted and undeserving ghost, demonstrating what two decades can do to a man, any man.

But come back he did, complicating a political scenario that otherwise would have put the center-left in power, based at least on the “alternating” stewardship on which Italian politics has rested its head since the post-Clean Hands probe era.

Instead it’s Spoilerville Central, with Grillo in the loud lead, kin in tone to Umberto Bossi’s Northern League secessionists, also of the 1990s, only that the Northern League, at first unyielding, ultimately found a home in the Berlusconi nest.

The question now is “Where to Italy?” — and it’s admittedly harder to answer than two decades ago.

Grillo, unlike the killer B’s, Berlusconi and Bossi, seems determined to go it alone, come what may. New elections? Probable, but not just yet.

The on-the-ground situation is forgivably Italian: emotional, open to brokering, unpredictable, and yes, unprecedented, but only vaguely. True, never before has a protest party come up smelling such roses.

But beware deference to the “U”-word. When the first two Bs rose to power, they, too, seemed unprecedented — and intoxicated. Until their rise was lumped into the post-corruption earthquake and they were swiftly humanized and made vulnerable. Berlusconi’s “historic” first government would last less than a year, the time it took to discredit him, the first of many such apparently lethal burials. Grillo, angry but politically pristine, will now carry a target on his back.

True, Europe faces greater woes now than it did in the affluent mid-1990s, but there’s little difference in the Italian national character: when Italians get mad they’ll do just about anything based on their available choices, with Grillo the lighting rod for resentment this time around.

With luck, his young lawmakers will make things livelier, better — in the sense that Italy does in fact need improved wi-fi coverage. At worst, they’ll go the way of Irene Pivetti, the landmark speaker of Italy’s chamber of deputies, a 31-year-old Northern League politician — not 41, 31 — whose presence in that lofty role shattered most every Italian existing age and gender taboo at the time. She lasted two years and is now an occasional TV personality.

Grillo, it should be remembered, comes not only from TV but from a generation of prime time howlers, of hucksters and orators, some of them occasionally sincere — like Italian apartment condo board dissenters who learned early on that the only way to make a point at a meeting was to shout it, even if the yell was impulsive and might appear unseemly, if not untoward. Anything to gain notice and make a finger-jabbing point.

Yet buyer beware: Even the most determined of shouters would eventually end their hoarse nights to return to a wife or a lover, and above all to a bowl of pasta. Or to a plate of cold prosciutto.

They simply weren’t up to the idea of screaming all night, every night, for years on end, until they got their way, or until the rules changed to their liking.

Now, we’ll see about Grillo and his untrained progeny.