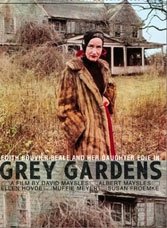 High society comes with rules. When socialites Big Edie, mother, and Little Edie Beale, daughter, broke those rules with their rubbish-ridden, raccoon-infested East Hampton home in the early 1970s, they were nearly evicted before documentary makers Albert and David Maysles had a chance to follow their exotic life in squalor.

But 1975’s “Grey Gardens” reveals far more than the seedy estate of two fallen Ediths, both cousins of Jacqueline Bouvier, later Jacky Kennedy. It not only exposes a rare transgression of the wealthy class’s social order, but it also serves as testimony to the 20th century’s most tragic mother-daughter relationship. Little Edie resents Big Edie for an almanac of violations: plucking her from New York City, spoiling her acting career, and scaring off the last of her suitors. This isn’t everyday bickering. It’s what congeals during 20 years of tightly-confined, scrappy living after a fall from grace.

Sometimes exploitation masquerades as documentary but not here. The Beale women are joyful, unfettered as they peel back their wounds on camera. It’s evident that the Maysles respect them — there’s a truth-seeking to their non-invasive, direct cinema style. Exuberant Little Edie, who the Maysles were smart to recognize as the more sympathetic of the two Beales, gets the most screen time with her buoyant observations on life and love. Her eccentric wardrobe (sweaters doubling as skirts and capes) is a fashion inspiration even today, while her frequent breaks into song and dance demonstrate a sadly unharvested talent.

Despite effervescent smile, Little Edie expressed impatience toward the decaying estate. Big Edie, by contrast, couldn’t bear to live anywhere else — if she ever left Grey Gardens it would be “feet first.” Step back from the tension of their conflicting desires and there’s nothing but co-dependence.