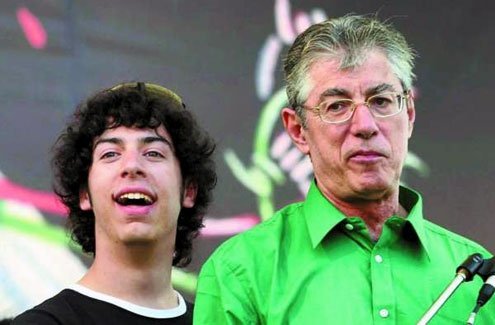 he public image of Italy’s Lega Nord (Northern League) is that of a loud and intransigent party that seeks a federalist system, finds immigrants objectionable, and disruptively embraces xenophobia.

But it’s not that easy.

On a rainy Tuesday in December, shivering, banner-waving protesters gathered in front of the Lombardy government’s offices in Milan hoping to persuade regional council members to vote against a planned heliport planned for the city’s Parco Nord. The council, controlled by members of Prime Minister Silvio Berlusconi’s People of Freedom Party (PDL) and the Lega Nord, already favored the project.

Raffaele Cattaneo, who heads of Lombardy’s transportation wing, advocated a plan by which tiny Bresso airport, home to an helicopter-ambulance service located inside the park, would be enlarged into helicopter taxi service hub connecting Milan with regional airports and train stations. Offices, landing pads, warehouses, hangars, service stations, fuel storage tanks, roads and parking lots were all on their way.

Parco Nord is Italy’s largest manmade park, sprawling over 600 hectares on land once occupied by factories and large building complexes that sprang up without urban planning. Its first trees, thousands of them, were planted in 1983.

Continued grooming made the park into an oasis of natural beauty in an otherwise densely urbanized, polluted and green-deficient north side of Milan. The regional park is run by the six municipalities that surround it, with trained volunteers doing much of the maintenance work. It’s clean and well-patrolled.

In the 1980s and 1990, Parco Nord became our refuge. Here we could walk for hours. Our children could play, ride their bikes, and hunt frogs, woodpeckers, rabbits, and even an elusive fox.

As soon as word about the heliport leaked out, a resistance movement cropped up. The “No Eliporto Nel Parco Nord” committee, led by opposition councilman Arturo Calaminici, a member of the center-left Democratic Party, began distributing fliers and holding rallies to raise public awareness.

In September 2010, Calaminici delivered a heliport opposition petition with 10,000 signatures to the council, whose ruling would decide the park’s fate. Five of the six local municipal mayors went on the record as opposing the heliport, with only Letizia Moratti, Milan’s pro-Berlusconi mayor, declining comment.

Despite resistance from municipal mayors and a powerful local medical association, which opposed it because of the risk to atmospheric and acoustic pollution and environmental damage, Cattaneo remained adamant.

In early December, he called for an official study designer to study the merits of the helicopter transport system. The study alone would cost €720,00, half of it burdening local taxpayers. Cattaneo refused to answer questions regarding who would pay for the other half and who would build, operate and profit from the helicopter network. December 21 was set as the date for approval of the study.

Though leftist parties opposed the study, their votes weren’t enough on paper. One councilman, Franco Mirabelli, crucially proposed an amendment that supported the idea of a Lombardy helicopter network but eliminated the Parco Nord hub.

This tenseness of the vote led protestors to appear in front of the headquarters, hoping to get in a final word with council members. Project supporters walked quickly, eyes dead ahead. Leftists stopped to mingle with dissenters. Everyone seemed to know each other, creating a festive, small-town atmosphere.

Debate was lively. One passerby said the heliport would attract business. She was interrupted by those who insisted it would only help VIPs at the expense of destroying park. “With our money,” someone added.

A woman who shared my umbrella was resigned, suggesting that signatures on petitions rarely saved parks.

Then came a surprise. Renzo Bossi, the 22-year-old son of outspoken right-wing Lega Nord leader, Umberto Bossi, arrived for the meeting. A regional councilor, he’s been criticized by some for earning too much money and having gained political power through nepotism.

Young Bossi seemed cheerful and unfazed. Helicopters and heliport weren’t for everyone, he agreed. Then came the clincher: “The Lega Nord protects parks.” The umbrella lady clapped her hands. “Dio grazie,” she said.

Young Bossi was true to his word. The critical amendment that kept Parco Nord out of the heliport mix was approved, with the Lega Nord voting alongside the left. The PDL abstained. Of the two “no” votes, one came from Cattaneo. The helicopter project will go ahead, but the hub destined for Parco Nord will be built elsewhere.

On this cold and gray January morning, the park is beautiful. In the distance, walls of bare trees, thick with underbrush, border grassy fields. The sound of city traffic never disappears but, as you walk deeper into the park, it fades. Birds call from the woods. It’s peaceful here. People smile and say buon giorno.

Then a helicopter ambulance flies takes off from Bresso airport, its engine noise battering eardrums like a hammer. But it stops after a few minutes, and for the rest of the morning it’s quiet.