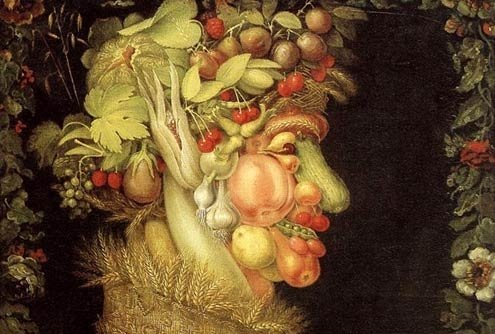 The February-May window offers up an array of treats.
G

etting a taste of beloved deep-fried carciofi alla giudìa notoriously means taking advantage of the pesky February-to-May window in which the quintessential Roman artichokes are in season.

But with all the focus on supermodel artichokes, other versatile vegetables, also in season, tend to get short shrift.

The earthy, iron-rich knot of meaty grass that looks like seaweed owes its slightly bitter, slightly salty taste to the spring marshes in the Lazio marshlands where it grows between March and June. Also known as “friar beards,” succulent agretti are commonly fed to children as fun food, masking for their nutritious properties. They are best enjoyed simply steamed, dribbled with lemon juice and a thread of olive oil.

Another late spring favorite is asparagus, and various declensions of that term. The snappy stalks of their classic purple-green shoots may be enjoyed slightly boiled and then dipped in a dab of browned butter, or steamed and dressed with olive oil as contorno.

But the pale white asparagus, which hails from more northern regions, can constitute an entrée when paired with either a poached egg, or a crumble of hardboiled yolk and bacon bits. The thin, long and totally wild asparagina handpicked in the sandy shoulders of country roads are costly, but oh-so-tasty when chopped fresh in salads, minced into risotto and saffron creaminess, or married to butter and parmesan for a vegetarian pasta sauce.

Fagiolini — string beans, green beans or haricots; they go by an array of names — are another fabulous Italian spring treat, provided they’re picked young, while still slim, tender uniform and sweet. As an alternative to the common all’agro lemon and olive oil dressing, try pan frying them Sicilian style, with a tablespoon of garlic-flavored butter, and a fistful of breadcrumbs.

May Day in Rome is traditionally celebrated with bucolic picnics, outdoor snoring, and fava beans with pecorino cheese. Fresh fava beans can be used in a wide range of cooked dishes — here’s an example — but it’s when they’re eaten raw that they taste more like spring: sweet and nutty (but bitter if you don’t peel off the inner husk). They come in furry pods and the time-consuming extraction process is a blessed spring ritual that lasts only until mid-June.

Other key goodies in the May-June basket include fresh garlic, broccoli rabe, arugula, curly Lollo lettuce, and bietola (Swiss chard). Cicoria is a local variant of chicory whose narrow leaves are dark, slightly sour and perfect for a garlicky sauté. Romans regard it more as winter food, but it actually grows between April and January.

As far as fruits go, prepare for the sweet emergence of lusty loquats, adorable apricots, cheeky cherries, spectacular strawberries (the best ones are the favetta variety from seaside Terracina), and early cantaloupe melons, racing July figs to elope with silky slices of prosciutto. Take advantage of the very last kiwi fruits and blood oranges, because you’ll have to wait until November for the next growth burst. Oh, and also pay attention to the arrival of the season’s first peaches and nectarines — more ingredients for a wealth of riches to set beside your chilled carafe of vino bianco.