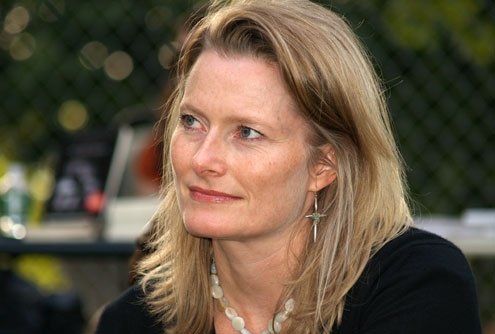 ennifer Egan’s rollicking novel “A Visit from the Goon Squad” arrived in mid-2010 with the impacted blast of a CD deck overheard from a fast passing car. Appropriately. Since this fiction asks you to listen hard. Egan’s multi-prized tale of the pop and rock music world totally privileges her brilliant experiments with today’s expanded package of language sounds.

Listen to the rhythms of her swiftly alternating narrators. A couple of sections bullet-fire the “he says”/”she says” of standard and less heated dialogue pace. Another section rocks and raps with: “Who says? I go.” “Who cares? Lou goes.” “What happens? she goes.”

Lulu is in a face-off with music event PR Alex. All this TALK! she exclaims, it’s plain useless. “You can’t ever just Say. The. Thing….Can I just T you?” she asks, already working her handset.

After text messages zap back and forth, Alex says, “That was easy.”

Alex’s wife, Rebecca, just happens to have published a new book. About word “casings.” A term she uses for words that no longer carry meanings outside quotation marks. “English was full of these empty words.” Drained of life. Egan’s playful fiction gives such language a jolting adrenalin shot.

Several pages are printed as a Power Point presentation. One that technologically empowers Allison’s “talk” about autistic Chris’s compensatory strengths, and makes her take dead-on convincing. For, like any PP, it didactically (and inarguably) diagrams non-verbal and non-linear transitions.

Given the author’s priorities, Goon is hardly your standard fiction read. On the up side: you can expect an exhilarating ride.

Although there is a price. Narrative becomes a floating jigsaw puzzle. Character story bits shift on fast forward or rewind, along a calendar that shuttles back and forth from the 1970s to some date in the future. And if her music universe characters all interact at some point in this fictional non-trajectory, they’re each defined by just one or two memorable traits. No matter that these tics are designed to touch the reader’s heart; they’re still repetitive and banal. Cast lives reduce to in-narration riffs.

And don’t look for the kind of engrossing central idea that locks reader interest. That would hardly be useful to Egan’s purpose. If there’s any cohesive “idea” here it’s the fairly smarmy notion that denizens of the rock and pop world possess huge, if often hidden strengths. The author implies that unflagging rock n’ pop dedication is a sign of potent emotions. Through them, these denizens will ultimately overcome their private flaws and failures.

Egan’s cast selection is definitely loaded with such serious flaws. Some people have physical defects: Chris is born autistic but can hear the deep meaning contained in famed rock pauses; Scotty’s eye accident at age ten left his vision with a permanent black hole, forcing him to fully “see” through his music. Other actors — like kleptomaniac Sasha and her shame-obsessed record producer boss Bennie Salazar — are weighted with heavy self-destructive compulsions. Egan’s people seem doomed in many ways. Surely Father Time — the Goon of the title — will finally come along and knock them flat out.

Not to worry. Many voices here lament that A leads to B. Not by chance, these letter-names comprise Egan’s two-chapter novel. (A) Self-Destruct Impulse leads to (B) Serious Self-Destruction. But since hard-core music people have abundant emotional resources — and deeply care for each other — they will all finally be saved. For a happy ending. In which they beat Time/the Goon. A kind of rock’n’roll redemption.

Frankly, so many fictional frills are chick-lit level fun and games. Which Egan deliberately exploits. Her upbeat little fable simply provides a pliable structure on which to build her startlingly inventive update on some of the current sound medleys available to fiction.

She’s even uploaded a musical streaming: a listen designed to accompany your Goon read. It’s pop and rock of course. Her eight-track mix highlights brand names. The Who, for one.

Her suggestion? That her readers make their own mix. Inspired by their novel read.

In Goon it’s what you hear that counts.