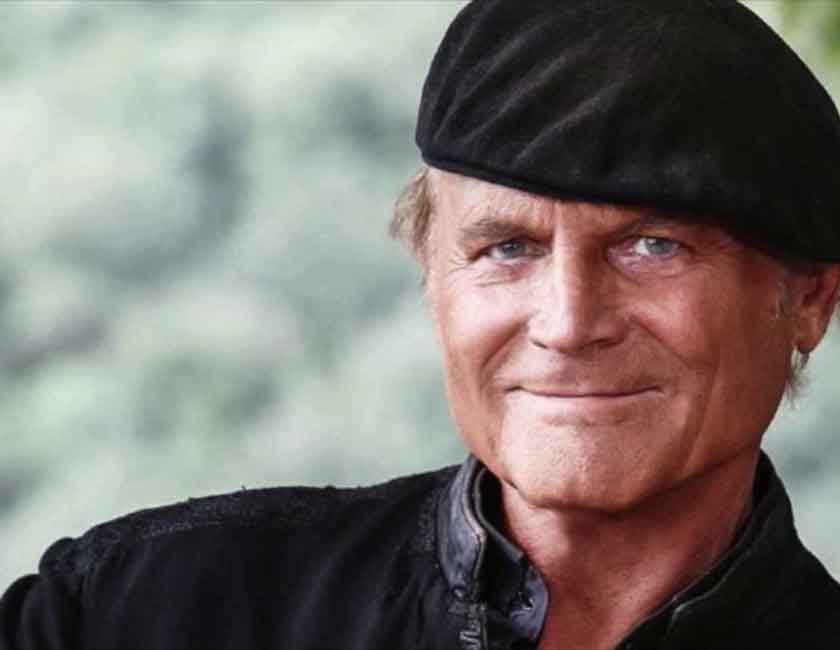 or the last few days, my ears have been buzzing with a snippet of elevator-style synthesizer music. It’s short and cheesy and surprisingly cheering. It’s the theme music from the Italian television show “Don Matteo.”

The show, now entering its final season after twenty years, has been an Italian hit for years. It is currently available on Amazon, whose sneaky algorithm detected an unconscious public desire for something simple and soothing in these troubled times.

I have no proof, but “Don Matteo” feels to me as if it was Italy’s answer to America’s “Murder She Wrote,” which starred Angela Lansbury and was popular in Italy as “La Signora in Giallo” (“The lady in yellow” a play on the Italian word giallo for mystery novels, known traditionally for their yellow covers).

Both “Don Matteo” and “Murder She Wrote,” which ran from 1984 through 1996, are “cozy mysteries”, a sub-category of crime fiction that eschews gore and whose gentle, crime-solving protagonist’s flaws are invariably as cute as the place where t 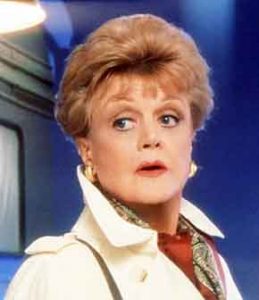 “Murder, She Wrote” was a long-running U.S. hit for Angela Lansbury.

he mysteries are set.

“Murder She Wrote” features the quaint but fictional town of Cabot Cove, in Maine, but in “Don Matteo” the cobbled streets and crenellated walls are set in the real Umbrian towns of Gubbio and Spoleto. Both the American and Italian shows are vehicles for likable, very old actors. Lansbury (now 96) plays a spry mystery writer who solves real crimes based on her literary experience. Italian actor Terence Hill (born Mario Girotti) is Don Matteo, an Italian priest who has returned to Gubbio after working as a Catholic missionary overseas. Don Matteo calmly solves local crimes, while tooling around on an old-fashioned black bicycle. He sports a beret and the full-length cassock that his bishop advises will play down the fact that the priest is strafigo — Italian for “very hot.”

Hill, now 83, is much more than an actor with a long career; he is an Italian pop icon. A former child actor, Hill took the Anglo-sounding stage name when acting in so-called “spaghetti Westerns,” popular in the 1960s when Clint Eastwood made them famous. Hill’s chiseled, blonde hair-blue-eyed looks were perfect for Westerns made on location in Italy by directors such as Sergio Leone (maker of the legendary “Once Upon a Time in the West,” which starred Henry Fonda, among others). Later Hill formed a duo with Bud Spencer (Carlo Pedersoli) in a series of comic Westerns. Spencer and Hill’s beloved fantasies of America, along with Hill’s serious career in German and American films and a quiet and monogamous private life, made him the perfect Don Matteo.

Despite parallels with the Lansbury show, the character of Don Matteo could only be Italian. The friendly village priest who treads a fine line with the church’s hierarchy is a storyline familiar to Italians. “Don Matteo” echoes the “Don Camillo” series of books and films about a priest comically negotiating the political intricacies of post-war Italy.

The series’ running gag is also purely Italian. The priest’s relationship with an officer of the carabinieri Italy’s paramilitary police, Maresciallo Cecchini, mocks the police, but in the kindest of ways. With a reputation for obtuseness, the carabinieri are the butt of Italy’s answer to ethnic jokes. Additional humor arises from contrasts between Italy’s north and south since Cecchini, like many carabinieri is a southern transplant from Sicily. Thanks to help from Don Matteo, Cecchini invariably “solves” the case and “surprises” his higher-ranking carabiniere bosses who view him as a simpleton.

Just as in actual Italian life, the Catholic Church is always present in “Don Matteo” episodes, both directly and indirectly. Don Matteo says Mass, takes confession and runs a parish. The local bishop, who manages to be both humble and princely in his elegant apartment and silk vestments, represents church hierarchy and tradition. He treats Don Matteo like a brilliant but misguided son, all under the disapproving and Machiavellian eye of his personal secretary.

It’s Italy, so there’s family. The show circumvents the hurdle of priestly celibacy with a de facto family that came with his parish (a family or a church matron is often a staple in such stories). Don Matteo inherited an irascible housekeeper and childlike sacristan. Later Don Matteo takes in a boy and his dementia-addled grandmother when they are evicted. They provide more humor, opportunities for lessons, and cuteness.

I started watching the show in its early years in the 2000s over dinner with my children—the only deviation from my strict rules about TV.

The crimes that the blue-eyed priest confronts are drawn from real ones recently in the news or from current social issues, such as immigration, elder abuse, or prostitution. When they create dilemmas or moral conflict, Don Matteo turns to prayer or the Gospels. They often end with Don Matteo giving a gentle lesson about virtues such as kindness and humility. These lessons reflect more broad interpretations of ecumenical Christianity rather than hard and fast Catholic dogma. The line is fine though and the medium, i.e. a Catholic priest, is the message. To a cynic, the show’s didactic approach to social issues can come off as a rather sugary bludgeon.

I started watching the show in its early years in the 2000s over dinner with my children. I permitted this exception to my otherwise strict rules about video watching because it soothed and prevented bickering between children tired from their parents’ divorce, a day of school, and sports from arguing. In addition, its soft take on knotty social issues made it easy to for us to talk about and handle problems in our own lives. Don Matteo’s sunny optimism over-rode what was cloying and made everything seem easier.

Here in the U.S., and over a decade later, Don Matteo’s sentimental take on life in a small, fictionalized Italian town has new meaning for me. It awakens nostalgia for a myriad of things I forgot or didn’t care about when I watched it first time around, from forgotten household objects and outdated clothing I once owned, to attitudes or issues that have died or been supplanted.

One thing remains unchanged. And that is the ability of Don Matteo to provide an hour-long island of good cheer, pretty landscapes, and happy outcomes in a world of confusion and strife.