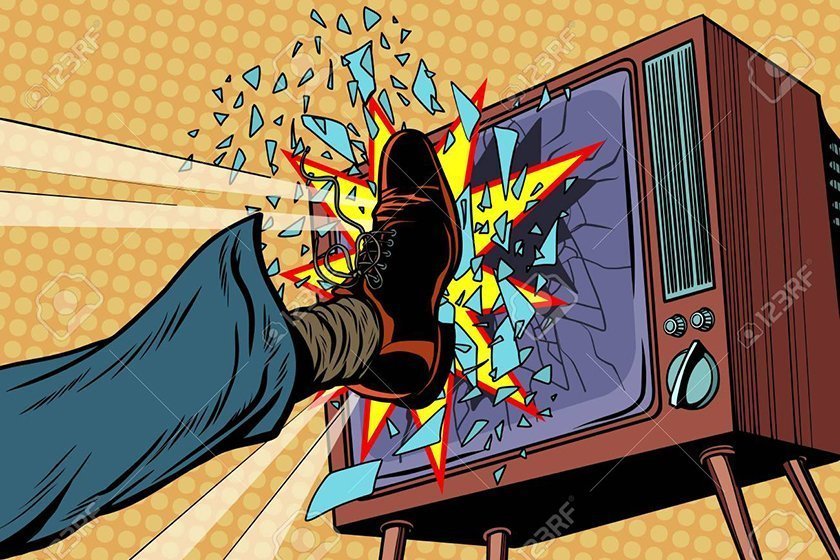 The coronavirus is bidding a farewell to traditional trappings, with a bang.
I

t’s no surprise to me that the coronavirus is about to make the virtual side of digital life into the way of life, and not just a helper and facilitator of human interaction and commercial transactions, not to mention speaking our minds to both friends and the world. The virtual dimension that attached “viral” to any web magnet is now an inch away from setting up a revised set of daily social ground rules. This is less of a shocking transformation than it is a sudden acceleration of an existing and evolving status quo now made to seem abrupt, if not destabilizing, because there’s fear-of-disease at its core.

You may be about to enter a landscape without handshakes and hugs, so be prepared to stockpile emojis and get used to doing your yoga through Zoom.

Honestly, how could it be otherwise? After forcing a generation waist-deep in all things virtual to camp out indoors for months. Add to that, telling easily impressed people that if they didn’t follow orders they risked killing themselves or others. That’s one helluva good marketing pitch.

Not that a marketing pitch was needed. Most Americans have been married to the web for two decades, starting with laptops and morphing into do-it-all phones. If you’d tried locking people up 25 years ago it probably wouldn’t have worked. They’d have felt too cut off and made a case for civil rights violations. Sure, email existed, but the thought of conducting the better part of your personal and professional life from home just wasn’t an option.

But in the blink of an eye, everything from education to sermons is click-friendly — joining news and banking and a hundred other needs that virtual connections now take care of.

Add the virus and the brave new world comes gift-wrapped.

Meeting up with people, especially in crowds — why bother, especially now that it’s scary.

Until the virus, the door was ajar for those with more 20th-century inclinations. You could still go to a post office and, horrors, mail a letter with pretty (if costly) stamps.

Forget about that now. Who wants to stand in line with sinister-looking people wearing masks and standing at arm’s length from each other? And it cuts a lot deeper. Watching sports (bleh), attending concerts, theater or ballet (why bother if the place isn’t hopping?) will be sidelined indefinitely. Tourism and travel for fun will creep back in some form, but they won’t be the same. At a deeper level, the concept of audiences and crowds to give validity to an event, with spectators defining that validity, is in serious jeopardy of coming widely undone, with no real time frame for a revival.

That means sports and culture will have to scurry for ways to detach themselves from old-school audience participation. Crazy? Let’s see how many people rush back to stadiums when baseball reopens to fans, perhaps in 2021. Sure, people will show, but, as mentioned, they’ll no longer be a “crowd” in any conventional way.

So where’s the fun? The implication of the question is enough to scare me because it assumes untenable revisions to long-held instincts.

Travel is its own bug and nothing will kill it. But some may be wary enough to accept virtual tourism and leave it at that. The people who came to France and Italy to take cooking classes will do those via Zoom, with the “like being there” mantra suddenly making safe sense.

Dating will just build on stout virtual foundations. Virtual marriage ceremonies are in the cards, and they won’t be cheap. As for romantic dinners and what was left of person-to-person flirting in public, it’s hard to imagine either making a serious comeback any time soon, which is sad in all kinds of ways. Some of life’s thrum is too intimate to make virtual.

As for romance as seen through the lens of candlelight dinners and the hard core sex trade based on physical encounters, both have been crippled. Leaving morality out of it, intimate encounters of any kind may feel more-than-vaguely uncomfortable for a decade. Also compromised are graduation ceremonies, job interviews, and even charitable work for the homeless, not to mention global aid for the sick and the dying in places that once looked to the U.S. as a beacon of hope. You can’t be charitable if you consider the national livelihood under siege. I cringe at the moral irony, but millions of non-Americans will die because of the monies spent on homeland thousands and the financial wreckage that has caused.

Dread goes a long way, and you can be sure cable networks will keep the virus fires burning for as long as it keeps boosting ratings, which it does in a huge way because fear is a straw that stirs every drink around. Americans love to hate being scared and reporters will team with bloggers to spot the next COVID. Just as post-9/11 false alarms are out there awaiting harvest. So are COVID-induced panic attacks. Brave new world this will not be.

Virtual life doesn’t have much left to prove. It’s been a working alternative to face-to-face encounters for years. All that was missing was transforming the workplace into a home-place, which the virus may have done for keeps.

It’s a dream come true for internet pioneers Bill Gates and the late Steve Jobs who prophesied a world linked by small “one-stop” interactive devices. “Imagine managing your whole life from your computer,” said Jobs in the early 1990s. Mission accomplished thanks to a pandemic, of all things.

Robots can’t yet do all factory work, but the Japanese have proved they can do more than a lot. Robotic medicine is advancing, cutting the personnel necessary to any given surgery. Printers’ 3D capacities, though still limited in scope, will make a big splash in the coming years. Take-away may be better than printed food and drink, but again, don’t write it off as laughable. Today’s semi-science fiction is tomorrow’s virtual norm.

Lingering analog realities, like cars with paper maps and no GPS, are many steps past passé, with Silicon Valley and its proliferating offshoots ready to close out most office life and push graduates into IT vocations. It’s called change, so get used to it. This is not about guys playing with their toys in a 1990s bubble that burst.

While public importance will persist in culture (at least for a while), an audience won’t carry the same validating heft — not when there’s a scarred portion of the population that associates gatherings with risk. A plethora of platforms exist to make art or develop intellectual positions without moving from your study or bedroom. Same holds true for developing and maintaining a fantasy life, whether its fantasy football or gaming.

Take-away may be preferable to a printer serving up food and coffee, but don’t write it off.

Big apps are big business. Most everything to do with shopping and banking got online outlets a decade ago, so much so that lots of people stayed home. Fear may now keep them there for a year. And once a year passes there’s no going back.

The downside, to my mind, is that making life so easy, so convenient and seamless, suggests things can’t go dramatically wrong. So when they do, some people slip into dismay and disorientation faster than they would otherwise. When things aren’t easy, they’re scary, and we moderns turn into primitives in a New York minute. Not exactly a great show of character, but there it is. And the virtual can make things a lot nicer than the real.

My (pre-vaccine) forecast — with which my IT husband “mostly” agrees?

People will still hike, walk, and jog, of course.

Church? Why? You can kick that into Zoom, the booming online group app. Voting will also get an app, and parts of the legal system may go down Remote Road.

Just what all this will do to the meaning of public participation and human relationships is about as clear as the virus.

But I doubt we’ll be seeing any more literary soirees (OMG, didn’t she read poetry to to COVID patients in that LA ICU!), or too many cocktail parties.

The celebrity lifestyles and Bohemian eccentricity will both take their lumps.

Hard to show off your looks if you feel compelled to wear a mask. The Oscars with social distancing? Really?

Eccentricity won’t go away, it’ll just find a home on sites and apps custom made for eccentrics (which would seem to defeat the purpose, but no one said the new world would be reasonable).

Selfies will be self. A life shared in pixels, which Instagram has pioneered.

Here’s a long shot, but maybe marriages will go virtual (I’m all in), or the parts of it that include listening to your partner snoring. Sex for procreation could be by appointment in circumstances the sides agree on jointly (a word to motels: don’t close). And maybe apps will get around to delivering kids, available for download or as printable 3D constructs that a little water shower makes into babies, water babies for a world that can’t help but want the virtual to make their blues go away.