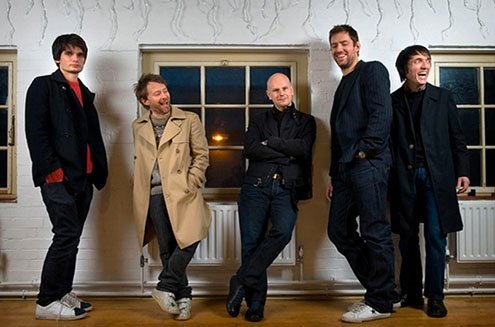 lassical music critic Alex Ross once wrote of Wolfgang Amadeus Mozart that one of his greatest achievements was composing both for the knowledgeable music insider as well as the general public. In letters, Wolfgang’s father, Leopold, guided his son toward a kind of golden mean that resonated throughout his music. Mozart scholars continue to unearth evidence that the famed composer was, as Ross says, “writing all his works all the time” to this end.

The same could be said for Radiohead. The Oxford quintet hardly needs an introduction; as one of Brit-rock’s foremost progenitors in the early 1990s thanks largely to Alternative Nation anthem “Creep,” the band then moved from competent, dedicated songwriters (1995’s The Bends) to Statement-making, generation-defining futurists (beginning with 1997’s OK Computer). It’s been a long, fruitful career as the mouthpiece of rock music’s waning cultural dominance.

As such, every Radiohead album is an event. A Moon Shaped Pool (XL), their ninth studio LP, is no different. With less than a week of warning, two advanced singles, accompanying music videos, and the record itself all dropped to rushed fanfare. When they pulled a similar move in 2007 with In Rainbows, it felt novel; in 2016, that’s the standard for any big name (see also: Rihanna, Beyoncé, Drake, Chance the Rapper, etc.).

Instead of delivery, the major talking point of the album is how much of it feels comfortably familiar. That’s no coincidence — several of these songs have existed for at least a decade. Whether they existed only in screenshots on a wide board of a studio session or were finished in all but release, A Moon Shaped Pool (irritatingly absent hyphen and all) messes with the band’s continuum, its through line of reinvention. It’s not the first time they’ve done this but it is the first time they’ve done it to such an extent.

What it sacrifices in feigned progress, however, it makes up for in something just as important: immediate gratification. This is 11 songs and it feels that way; like 2003’s Hail to the Thief, there’s an overarching “Radiohead-ness” to the melodrama that doesn’t come sacrificed in the name of anything bigger than their charmingly quaint paranoia and established fatalism. Thom Yorke’s half-sung, half-moaned lyrical bromides are as formidable as you need them to be, a trick he has dutifully employed to great effect for years. The band, meanwhile, toys with rock structures amid orchestral and electronic influences.

Opening song and first single “Burn the Witch” is a fine example. A string section runs the melody by playing col legno battuto while a sumptuous bass line and classic Yorke ambiguities like “This is a low-flying panic attack” and “Burn the witch / We know where you live” heighten the tension. Another move typical of the band is offsetting overt songs with more intimate ones — in this case, piano ballad “Daydreaming” follows “Burn the Witch.”

The band thrives on luring you into the fault line between twitchy anxiety and pensive, unknowable melancholia. “Decks Dark” bridges that gap and, by now, you’re already in the band’s a mere three songs deep. Some will listen to hear those songs that have been kicking around forever (closer “True Love Waits” is the most obvious, from 1995) and some will listen for those previously unheard (“Tinker Tailor Soldier Sailor Rich Man Poor Man Beggar Man Thief”).

Whatever the case, A Moon Shaped Pool is a summary of what Radiohead can be great at: technophobic mistrust, anti-authoritative dread, personal disquiet. Their concepts remain approachable enough for a high schooler (fight the government!) and high-minded enough for literate post-grads (“Burn the Witch” was timed as a demonstration against the treatment of Syrian refugees across Europe). Their music can be catchy in fits and bursts (“Full Stop,” “Identikit”) without sacrificing avant-garde influences (Philip Glass, Terry Riley).

Radiohead’s appeal, such as it is in 2016, remains intact on A Moon Shaped Pool. It’s easier than ever to see how they deliver the equivalent of Mozart’s golden mean.