Gold in a strange time 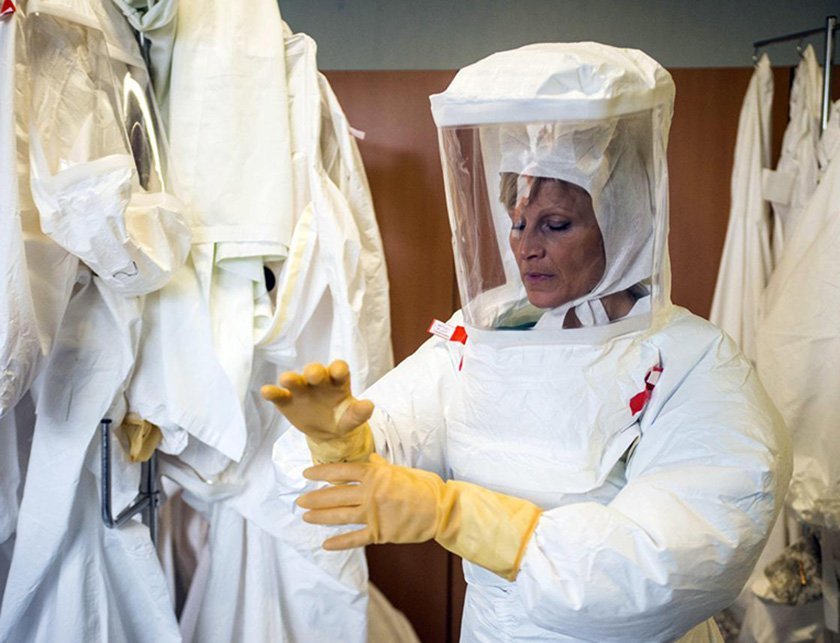 Italy's fight against the coronavirus has had a unifying effect.
F

riends who know I lived in Italy for thirty years ask me, “Aren’t you glad you aren’t in Italy now, with the coronavirus?”

I wish I were with friends and family who supported me in my own rough times. I wish I were participating in the national spirit of resistance and a rare moment — usually football championships —when Italy feels like a nation instead of competing regions.

The Italian outbreak of COVID-19, the disease caused by the virus, has made me break a fundamental rule of living between two countries: Enjoy where you are instead of yearning for where you aren’t.

I listen to Lucio Battisti singing “La Canzone del Sole” and snack on bread and butter with anchovies. I search images of Milan’s empty streets.

Instead, I wallow in nostalgia for my state-appointed doctor who cared for me for three decades. If I have to be hospitalized, I wish it would be in the old-fashioned Milan hospital where my children were born. I sense its high ceilings, transoms, and tile floors from pre-antibiotic days may be healthier than a modern climate-controlled room in an American hospital.

I listen to Lucio Battisti singing “La Canzone del Sole” on repeat and snack on bread and butter with anchovies. I search images of Milan’s empty streets for places I lived or walked my dog.

I read Italian newspapers, waking like Italian friends and relatives to the daily death toll.

I call an Italian friend or relative each day. Everyone is eager to talk. They have been indoors since March 11.

Nicola says, “Why doesn’t America listen to our experience? You could avoid our mistakes!”

Monica says she makes appointments with friends in the grocery-store line. “To keep distance, we speak loudly. Everyone hears everything. It doesn’t matter, everyone only talks of coronavirus.”

Donato says, “Do you know how many spaghetti there are in a box? 566. Tomorrow I count the penne.” That is boredom.

Lia says her family is safe. But the wife of a colleague is a nurse in Bergamo. Someone dies every fifteen minutes in her hospital.

My old primary care doctor says 3,500 colleagues have come out of retirement. Fourteen physicians have died. She sends a poem. “There is gold in this strange time… we return to the slowness of our ancestors and watch the sky turn ocher with death… for the first time we make bread, we look into faces, we sing…”

Piera says, “America should be doing this. Where is the Marshall Plan now?” Adds Nicola, “Why doesn’t America listen to our experience? You could avoid our mistakes!”

Cousin Rosanna, a retired cancer researcher, wonders why Italy has been hit so hard. Or has it? She notes differences in how statistics are measured. Italy counts “deaths with coronavirus, but with other conditions,” which in some cases means the virus made a pre-existing condition worse, leading to death. China, Germany, and South Korea state their death toll based on patients (some of them healthy) who specifically acquire Corona Virus Disease (COVID-19), the occasionally fatal respiratory infection produced by the aggressive virus. This medical inconsistency can be confusing.

Roberta says a friend’s 90 year-old grandfather was told, “Sorry, you are not a priority.” Roberta says, “I’m 75. They must save younger people first. That’s awful, but how it should be.”

Roberta plays down the loss of already fading lives. Yet grandparents are Italy’s pillars. Nonna’s now-banned Sunday lunches cement the Italian family. Grandparents are Italy’s “universal childcare.” Italians hate nursing homes, so two million foreign workers care for the elderly. Ripples will spread when they lose jobs and stop sending remittances to families and countries dependent on them.

Another cousin shares a video of the German town of Bamberg in a rooftop serenade of “Bella Ciao,” the song symbolizing Italy’s World War II resistance. “This morning I woke up and found the invader… oh partisan, I felt like dying…” Banging on boxes and tambourines, they offered the song as “an anthem for resisting this virus”. The Jewish cousin’s family barely escaped Nazi deportation. “We are friends now”, she writes.

Nevertheless, Italians have been dismayed by the German — and the EU’s — lack of solidarity.

Piera says China has sent supplies. “We hate speaking well of China. America should be doing this. Where is the Marshall now?”

Grandparents are Italy’s “universal childcare.” Their social and cultural role is immense.

Giorgio says Italy is enjoying a Cinderella moment. “Everyone jokes that heaven is organized by Germans and hell by Italians. But they see us managing. We are vindicated.” The Italian art of arrangiandosi —”making it work” — is ideal for a constantly shifting crisis.

Giuseppe from Naples worries about contagion spreading south. “Healthcare is not so good here [in the south]; it’s more corrupt. But maybe coronavirus will kill the Camorra too.” The Camorra is Naples’ powerful underworld group.

Silvia is rereading Alessandro Manzoni’s 1827 novel “I promessi sposi” (“The Betrothed”). Manzoni wrote it in an early attempt to unify a country composed of culturally and linguistically diverse regions. After much debate about creating a genuinely Italian culture and national language, Manzoni chose to write in the dialect of educated Florentines. His story about the plague created the modern Italian language. In 1861, Italy became a kingdom, allowing Sicily and Friuli to share a common language for the first time. COVID-19 has also had a unifying effect.

Alberto notes that most Italians saw Prime Minister Giuseppe Conte, a lawyer and a compromise choice between warring parties, as a weak non-entity. He has since surprised them. “Conte has been a pretty good leader. He is calm. He lets healthcare professionals manage the crisis.” In his March 12, 2020 nationally-televised speech announcing Italy’s shut-down, Conte emphasized national unity. He thanked all Italians for sacrifices big and small.

Conte ended this speech with these words. “Today we distance ourselves from each other so that we can later embrace each other more warmly, more quickly, tomorrow. Together, we will get through this.”

I’ll keep that in mind here in New Hampshire.