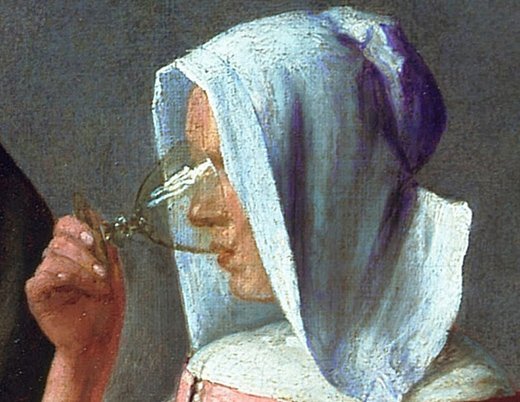 The Italian Elisa will be with you momentarily...
I

have lived in Italy for more than a decade, which seems like an incredibly long time to someone who just turned 30 but nothing to the more seasoned expats who have been here so long, they say “us” without irony when talking about native Italians and “them” when talking about foreigners.

I refuse to become one of those expats. Frankly, it’s not an option. Even if my Italian was grammatically correct – and it’s not – my Australian accent is so thick, it strips any romanticism from what people tell me is a very romantic language. I also confuse masculine and feminine nouns. Who decided that a sheet of paper is a boy but leaves are girls? I found it much easier just to teach my husband Giulio in the ways of pidgin Italo-Australian and berate anyone who well-meaningly tries to correct me.

That said, Italy has rubbed off on me in more ways than I would like to admit.

Last week, I was sitting at my desk tapping away blissfully, when my phone rang. It was one of the teachers from my afternoon class asking me if I’d been in a terrible accident. No, I replied. So why wasn’t I in class? she asked.

The insidious effects of La Dolce Vita show when I fly back to Australia. It starts at the airport when I’m itching to elbow people out of the way and line up first.

In fact, I’d forgotten about my afternoon lesson and the 15 forlorn teenagers who depended on me to teach them essential English speaking skills in the aforementioned Italo-Australian. Skills they would promptly forget when exams rolled around two weeks later.

I was mortified. I had never missed a day of work. My principal was going to be apoplectic. I rang him, stumbling over mangled apologies until I was out of breath. He brushed them aside, uninterested in the details, leaving me to reschedule the lesson before ending a conversation that lasted little more than 30 seconds.

Italians are famously laid back, but I was raised in an Anglo-Saxon society. I titter to myself when teachers arrive at school well after the morning bell. I shook my head in disgust when one of my colleagues called her daughter during class, singing “Happy Birthday” followed by a 15 minute conversation while her students just stared at the wall. Now I’m missing classes? Had I lost the moral high ground and gone native? The insidious effects of La Dolce Vita are never more apparent than when I fly back to Australia. It starts at the airport when I’m itching to elbow people out of the way and line up first regardless of what my ticket says. I’ll stand up before the seatbelt light dims. Recently, I almost took out the relaxed Queenslander sitting next to me to try to get my ridiculously overweight and oversized hand luggage out from the overhead compartment. I now race anyone who wants to reach the passport line first. I’m little. I use my mean speed walk to weave between families without breaking a sweat. These are all beginner’s fodder in the Masterclass of Italian Etiquette.

But what upsets me the most is my wanton love affair with wine. When the sun sets on a day of driving too fast, not using turn signals, using my hands to express myself, and turning up 10 minutes late to pretty much every lesson, I drink!

So much more sophisticated.

Before I moved to Italy, I was a complete teetotaller. The sum total of my teen drinking was mixing Vodka Cruisers together to make brightly coloured punches that I ended up not drinking. My reputation as a non-drinker is so well established that I still get skipped over at family parties by relatives rushing to offer my younger sister a glass of wine. Leaving me to scoff at my empty glass and wonder what a woman has to do to get some prosecco.

I don’t know the difference between a Barolo and a bag of table red. But I do know that I get itchy if I don’t have a glass of wine with every meal.

And let’s not pretend that I’m a wine aficionado. I don’t know the difference between a Barolo and a bag of table red. But I do know that I get itchy if I don’t have a glass of wine with every meal. I can go days without letting anything but wine and iced tea pass my lips. On days without wine, I make do with the tea and force myself into self-induced “rehab.”

I can’t tell you how often some fellow Australians have gushed with envy as they imagine me skipping off to a Tuscan lunch of home cooked pasta and a glass of red, all the while staring pitifully at their soggy salad sandwich and Nescafé.

I visualize the same lunch, except in my head, the carbs are reaching for my love handles and the glass of red is squeezing painfully on my liver.

In other words, the excesses of the Italian lifestyle are pushing me into an early grave. Since I’m only 30, I still haven’t adjusted to the idea of “adult” drinking. I continue to associate alcohol with nights out at the club and Vodka Sunrises that someone else always paid for. By association, a bottle of wine with dinner feels terribly unbecoming. And asking for one is something I never do in Australia.

It’s too late in the column to go into the rabbit hole that is Australian Elisa vs. Italian Elisa, but suffice to say Australian Elisa would never offer you a glass of wine if you came over to dine at her (mother’s) house. Neither would any of her thirty-something Goody Two-Shoes friends. Our dinner parties came without booze.

Years later, it’s almost as if we’re still children in our own minds, afraid of being carded at the Bottle-O.

But these days Italian Elisa isn’t shy when it comes to opening bottles of wine for guests. Depending on the night, she’ll probably, drink them all —in moderation.

There is no shame attached to wine in Italian culture. You can happily float from aperitivo spritz to white wine with your pasta to red wine with your main and two shots of amaro with dessert. No one will give you a second glance, until you trip over the sleeves of the jacket hanging on the back of your chair and almost break your neck. That’s not a true story. Honest.

But if you’re keen to party with Italian Elisa, better make it quick. She’s pretty sure all that day drinking and hand gesturing have shaved a decade off her lifespan.