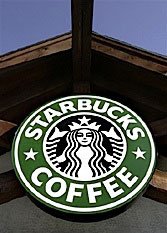 Not quite the same.
G

My first night home in California I drove to my friend Johnny’s house in San Francisco. We went to a bar around the corner where the floor was sticky and inebriated young professionals were slapping high-fives, screaming for no apparent reason and binge drinking in fraternity-house form. I hadn’t seen that in awhile. My nights out in Italy consisted mostly of being turned down by pretty Italian girls and having my Sicilian roommate complain that, after two beers, I had had enough.

Without Marco there to act as my red light, I managed to slip right in with the binge drinkers and hours later as I stared into Johnny’s toilet, I thought that the Italians were right about alcohol: being drunk is not cool. Then I threw up.

I woke up the next morning at 7:45 and hustled across the street to put coins in the parking meter that started at 8:00 a.m. Instead, I discovered my silver Honda Civic had been stolen and I spent the next two hours at an International House of Pancakes drinking coffee and wondering why public transportation is such a hassle here. It’s expensive, goes nowhere near my house and all too often is a convention for homeless people.

Nothing against homeless people; they gotta get around too. But damn, why couldn’t I hop on a bus to the train station, hop on a train, hop on another bus and just walk home? That’s how I got home from the beach every weekend in Rome.

I was craving an espresso the other day so I went into a Starbuck’s, whose quest for global domination is evident in the Bay Area. I was at a corner in San Francisco and in every direction I could see a Starbuck’s. A chipper cashier yelled out “Single espresso!” and set a 12-ounce paper cup on the counter. I don’t know what it was, but it wasn’t that wonderful caffé that I sipped every morning near Piazza San Giovanni. And it cost two bucks!

One nice thing is that I no longer starve on Sunday. They have these wonderful stores in America called supermarkets that are often open seven days a week; sometimes 24 hours a day. I recall wandering around Rome on Sunday, a little shaky from lack of nourishment, dying to find the nearest kebab stand.

The problem with getting whatever kind of food you want at any time of the day is that the food often sucks. I bought some overpriced tomatoes at Safeway for bruschetta and they tasted like chilled cardboard. The fresh basil tasted like waxed paper. Heck, I think even the employees were mass-produced. Everyone I passed flashed me a fake smile and asked me in a way-too-nice tone, “Is there anything I can help you find today, sir?” How I miss the clerk at the Ins Mercato in Piazza Re di Roma who would often ignore patrons altogether and, once, even told a feisty old woman to go f—- herself.

Yeah, everything is just so orderly here. Too orderly, I say. I started a new job in a gray building in a gray cubicle with dull fluorescent lights buzzing overhead. For lunch my gray coworkers and I choose between Chile’s or TGI Friday’s and poke fun at the low-class Chinese imports on the walls: framed photos of fake football teams, and salt shakers made of fake plastic beer bottles.

About the Author: Jonathan Miller

California native Jonathan Miller won the 2003 Rolling Stone College Journalism Contest and blew the prize money on air fare to Italy and several hundred doner kababs. He has worked as a managing editor for College Sports Online, and his work has appeared in the San Francisco Chronicle, Anchorage Daily News and Lacrosse magazine. He studied journalism at California State University, Chico, where he learned to love beer and The Beatles. He now works and resides in California.