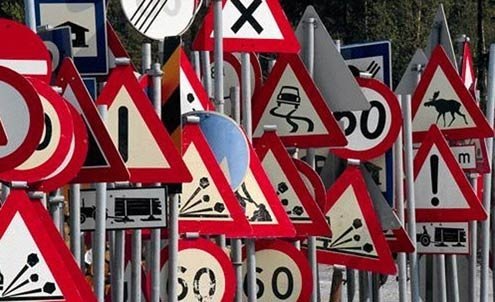 he inevitable has happened. My American driver’s license has expired and I can’t renew it. Let me clarify. I could renew it, but I’d have to hop a Miami-bound flight. I’ve apparently run through the allowed number of online renewals.

This shocked my husband.

What, he said, America, land of opportunity, home of the free, the brave, and the makers of the American Dream? That America? It has limits? Ma quando mai?!

America is one thing, Florida another, I told him. We do everything screwy in Florida.

Yes, I know: You’re asking why I didn’t bother renewing my license on one of my stateside trips. The answer is that I’m an idiot. Given my home country’s online ease, I thought renewal would be just a click away.

Technically speaking I’ve been living in Italy long enough (nine years, and I’m now a resident) that I shouldn’t even be eligible to renew my American license. Instead, I should go to Italy’s version of the DMV and convert my American license into an Italian one.

The Italian government doesn’t recognize an American driver’s license. I’d gotten away with it a few times by batting my eyes at cute carabinieri (who, by the way, didn’t know the laws themselves). One time a carabiniere had to ask his colleague whether Florida driver’s licenses — not American, mind you — were valid in Italy. He finally shrugged his shoulders, chatted me up about Miami, and sent me on my way.

But the U.S. and Italy have no reciprocity on licenses, which means any American who wants to drive “legally” here must eventually get an Italian one. (Unless you’re a diplomat, which is shorthand for, “you don’t have to suffer…”)

In the end I did the inevitable. I signed up for driving school. Rumor has it you improve your chance in a class instead of taking it the test directly through the Italian DMV. Sounds like a palm-greasing racket to me.

Italian friends and family immediately jumped in to discourage me from even getting started, as if worried I’d fail.

To them, not only did I already know how to drive, but I was also a citizen of the Home of the Brave. My “Americanness” qualified as a free ticket out of any sticky situation.

“You can pretend you’re a tourist and don’t understand Italian,” they told me. Be furba, Italy’s catch-call word for cleverness.

Not a chance. The car I drive isn’t in my name, and not many American tourists buy cars in Rome.

So driving school it was, which meant passing a two-part exam. The first is a multiple-choice computer test (you’re allowed four wrong answers). If you get past that, you receive a so-called foglio rosa, basically a teenager’s learner’s permit.

Then comes the fun part. The learner’s permit, lets you drive so long as you’re in the car with someone who’s had a valid license for at least 10 years. It gets better. You also have attach a big “P” sign to the back window, scarlet letter-style, to tell the world you’re still… practicing. In other words, a loser.

After a month with the foglio rosa you can take the actual driving test — in a manual transmission car, of course. If America is an automatic transmission country (with exceptions), Italy, is a diehard believer in sticks.

Enter the fun. I can’t drive a stick. My always opinionated friends told I could get away with taking the test in my car (an automatic FIAT 500), or somehow convince the driving school to hook me up with an automatic car on test day. But I was skeptical.

I finally agreed to a full set of driving lessons. To my friends, the idea seemed to increase my chances of passing. To me, it sounded like an excuse to pay more money.

But okay. I enrolled. On my first day, the class was packed. Most of the students seemed younger, but an average age was hard to guess. Until instructor Matteo asked all those who were high school seniors to raise their hands. All but four people (out of 30) did.

I’ve always said I wished I could turn back the hands of time. Now I can. I’m 15 again. And “learning” how to drive.