God and other details 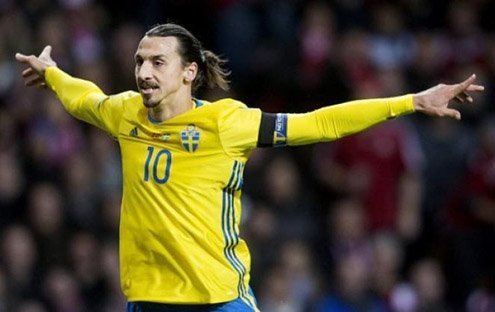 If you have any doubts about the outcome of Euro 2016 ask God, aka Zlatan Ibrahimovic.
W

ith this summer’s European Championship adding eight teams and 20 more games from its previous incarnation, the Euros will offer a fast-food menu to what many purists regard as the Michelin standard in international football.

Games will be more frequent, and some won’t be easy on the eye. But the latter is nothing new. Greece wouldn’t have cemented its turgid, defensive footballing identity if it hadn’t miraculously won the whole tournament 12 years ago.

And in a year in which Leicester City won arguably the most prestigious domestic competition in the world, you’d be hard pressed to deny anyone their spot at the table.

You can find a more thorough defense of the new tournament structure in my December column. With the tournament set to kick off in Paris on June 10, I’m back to offer a bite-size preview of what to expect over the next month.

Expect a newbie to reach the knockout stages: With four of the six third-place teams qualifying for the Round of 16 along with the group winners and runners-up, at least one of the four Eurocrashers (Albania, Wales, Northern Ireland, and Iceland) should really make the Round of 16.

With the four best third-place teams determined by points and then goal difference, one win (three points) and two respectable losses should spell qualification to the next stage. It’s not as if any of the four debutants face exceptionally difficult groups from top to bottom. My money’s on Wales and Iceland to progress.

Don’t expect for the format to be fair: Fans in France, England, Germany and Spain are licking their lips right now, for their teams have the enormously advantageous and entirely unearned privilege of competing in Groups A, B, C and D. Winners of these groups will each face third-place group finishers in the Round of 16, while winners of Groups E and F will face group runners-up.

Peeking ahead to the quarterfinals, both France (Group A) and Spain (Group D) would still not face anything stronger than a group stage runner-up given how the fixtures have been set. Spain has a trickier initial group, but for France anything short of the semi-finals will be calamitous.

The routing of the groups through the knockout stages was determined arbitrarily before the team draw in December, and therefore arguments of favoritism for the likes of Germany, England and Spain don’t really hold water. However, the fact that France as hosts were pre-determined to play in coveted Group A is highly fishy, and bestows an enormous home-field advantage.

Of course, there are only four third-place qualifiers compared to six group winners, and the third place teams need to play someone. A fairer solution, and one that wouldn’t result in any incremental logistical problems for fans, would have been to seed each group on degree of difficulty back in December, and ensure that those who faced the lightest group stage opposition then face a group runner-up. France would therefore not be rewarded with a clear path to the semi-finals for dispatching the likes of Switzerland, Romania, and Albania in Group A.

Expect the individual to shine through: Recent major international tournaments have taught us that the collective trumps the individual, as in the case of Germany in 2014, and Spain in 2008, 2010, and 2012. While that may remain the case and Germany and Spain are still favorites, the expansion of teams has ensured that the continent’s best individual players — and personalities — are present.

While playing for pretty average teams, Gareth Bale (Wales) and Zlatan Ibrahimovic (Sweden) are both firmly within the top 10 players in the world, and boast their own distinctive styles of play and appearances.

Always one to speak his mind and challenge convention, the 34-year-old Ibrahimovic has really channeled his inner maverick as he nears the end of his career. The genius of Zlatan is that no one quite knows the degree of irony in his egomaniacal pronouncements. An excerpt from a 2013 interview before a do-or-die World Cup qualifier:

Ibrahimovic: You’re talking to him now.

Zlatan happens to have just finished a decorated four-year spell in France at Paris St. Germain. He interrupted his final home match at Parc des Princes to allow his two children to rush onto the field and embrace him. Their PSG shirts read “King” and “Legend” across the back. Surely Zlatan won’t rob the French public of one final bow.

Don’t expect a smooth ride for Les Bleus: France do enjoy an extraordinarily easy path to the semi-finals, as well as a team that is easily top three in talent with Germany and Spain.

Their problem isn’t infighting either, something that has continually tripped them up in the past decade.

Because the French league is weak beyond Paris Saint-German and because so many of the country’s best players ply their trade abroad, there are very few club-based partnerships between teammates. Players from 11 different clubs — representing many different styles of play — could easily line up for France, and this would be in stark contrast to the Germany and Spain teams drawn so heavily from Bayern Munich, Real Madrid, and Barcelona.

As automatic qualifiers, France has not played a competitive fixture since 2014, and could take time to adjust to the intensity of tournament football. While taking some high profile scalps in their friendlies, they failed to beat Albania over two games.