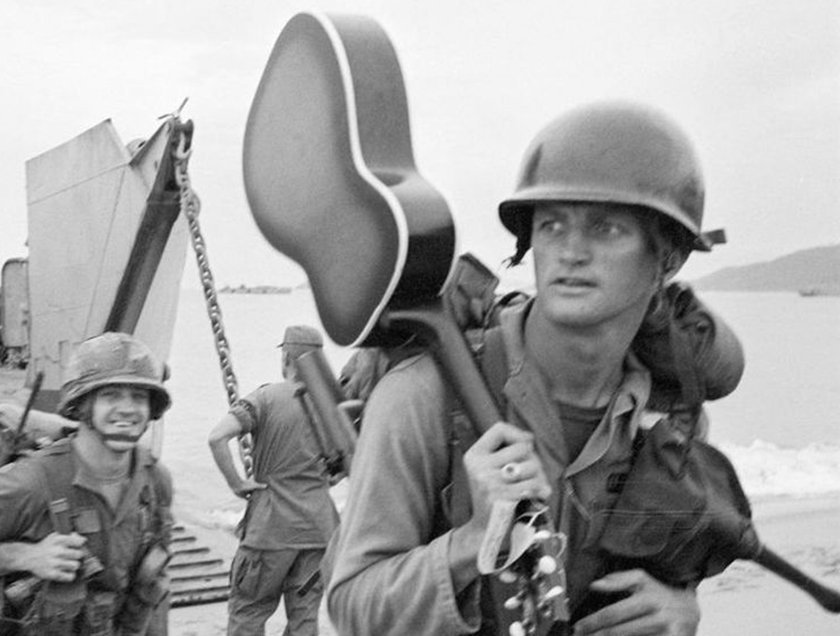 Life before death-proofing was no sure thing...
D

onald Trump is out, or nearly. Happy now? I am: I hated his hair color choices.

But here’s a word to the liberal disease-busters about to take occupancy of that all-white house whose luster has faded a bit in recent years.

You can’t death-proof the planet, or even a country. You can’t even positively disinfect it, though you can make it sound like you’ll try.

A vaccine will help, sure, but no vaccine is foolproof, lots of people plain don’t like vaccines, and this vaccine won’t do a damn thing to ward off the next sensationalism-triggering cataclysm, which is to say a cataclysm that isn’t that bad but sounds bad in headline news-speak.

I was bitten by a very venomous snake as a young soldier in Vietnam. I should’ve been dead in two hours. Turns out the snake had defective fangs. I stepped on a mine in that same country and heard the click. But nothing happened. I came back and a decade later was the only survivor of a three-car wreck that left six people dead. I walked away. Based on this evidence you might say I died a long time ago.

I certainly stopped believing life owed me anything in my late teens, after the snake and mine jokes. (I also got VD, which nearly killed me, that and Thai medical care).

Years after, my favorite doctor told me, “Every year after 50 is a gift.” I might have said 20, but I took his point. We’re fragile blobs of pseudo-intelligent flesh who take ourselves far too seriously and increasingly believe we should be “safe” from harm’s way, never mind perdition, or dead-ness, the most uncool state around since religion fell from its pedestal.

We’re fragile blobs of pseudo-intelligent flesh who take ourselves far too seriously.

Here’s the thing, though. The snakes are still our there, the mines too, the car crashes, and a whole host of diseases, many we haven’t even met yet.

If the response to potential future diseases is like the one we’ve worked out now — close the global big-top until the whistle blows — we’ll be spending the next few centuries rebuilding economies on a rotating basis, coming in and out of lockdowns. Military war will opt out, disease-taming filling the dramatic void. Infection-stopping will become a bleak form of entertainment you, too, get to participate in by toting up the casualties on apps that also tell you who on your block might be untested or ill. No one will bother pointing out that infection rates will always rise when there’s a plague in the ‘hood and trying to sever capricious humans from each other is no surefire remedy. Not even a Pacific Ocean worth of disinfectants can stop our role as natural-born contaminators (but using too many of them can diminish immunity.)

In fact, everything about sickness can be a mind and body circle-jerk. Deal with it, and be grateful you’re talking about erratic COVID and not dressed-to-kill Ebola. But the obsession with waging finger-in-the-dike battle with infection rates is a pyrrhic enterprise if at the same time you scare or exasperate edgy citizens, some of them already prone to equating medical hazards with Armageddon.

And my Scrooge-tinted picture of the future sadly contains more of the same. Headlines will keep everyone lodged between half- and high plague alert, undercutting culture (commerce, art, gatherings, you name it) ,so everyone feels they might be about to step on a snake.

Think I’m a nut-job? I sure hope you’re right. But to my mind, folks (to quote a word favored by the incoming liberal president, and I wish him the best), all of the above risk worming their way into the new, risk-app normal.

The elderly, and I’m one of that overcrowded crowd, will worry about the 40th COVID wave or about Chump Fever, a new form of viral dementia that induces the determination to live to age 120 along with ICU-worthy bouts of unstoppable hiccupping.

Life happens, and we celebrate. Less so when those lives grow adult and brittle. Death happens and we grieve, mostly for ourselves, since it’s coming sooner or later, sooner if the 24/7 plague headlines are right.

I know, I know: you just want to have a safe and healthy life and leave “when your time comes,” but until recently life didn’t come with so many bells and whistles and options. For a millennia you were lucky to make it past childbirth (so was your mom).

Until recently life didn’t come with so many bells and whistles and options.

So sure, yeah, be happy Trump’s gone. He scorned convention and did things his way; his fangs were very much in working order. He trifled with virus casualties in the spirit of Vietnam War higher-ups: so long as we out-killed the commies all Chevies still cruised home and only radicals could spoil the party, which damn if they didn’t.

He was a crazy bastard who wanted to leave capitalists alone to do their thing, the infected ones replaced by the non-infected, and the dead replaced by reinforcements.

Sort of Darwinian nationalism with a a laissez-faire twist. Live and let die because first-ness requires old school sacrifice. Looney-tunes logic until you see your world being turned upside down in a way the commies never managed and maybe come to reflect on the wages of disease-protection as applied to a virus that in a year has killed less than a million inviolable westerners and whose recovery ratios would make mightier disease scoff. The new breed (“American Lives Matter”) wants you to live, be safe, not contaminate pets or mink, stick with Zoom until that technology moots human contact. A cool future if you like that sort of thing, and like seeing medicine as the solution to all that breaks in humans. If only medicine knew as much about what breaks in the head and spirit as in the lungs. It doesn’t, and no one’s about to quantify how many people the last year will have driven mad.

Am I exaggerating? You bet. But pray tell who isn’t, on either red, blue, or black sides?

So go to it, Team Liberal, go! Fix it all, and then announce VC-Day, Safety for all in Our Time (apologies to Neville Chamberlain).

We can then patiently wait around for the next rogue microbe or virus, promising that this time around it’ll all be different. But it won’t, trust me. We’ll just bumble ahead, continuing to insist our inviolate lives be freed from whatever scares us, a “Protect Me from All Harm” app ready for lifelong and virus-free downloading — so long as you have the latest upgrade.

To all you bomb and serpent fearers (and death-proof advocates in general), good luck with that, and stay safe.