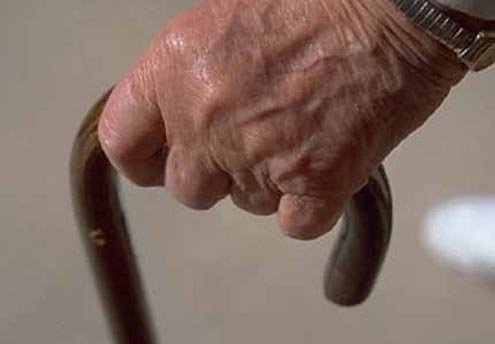 Italy's elderly population is accustomed to getting its way.
A

ging in Italy comes with entitlements. And when I get there I intend to cash in on all of them. You don’t know about Italy’s graying rites of passage? I’m more than happy to explain.

Riding the bus in Rome is a perfect example. Several bus seats, and I do mean several, are reserved for expectant mothers, women with children, the disabled and of course, the elderly. In a bus with about 30-40 seats, six seats are usually, and rightly, allotted to people in these categories.

If no one that fits the bill, you can sit there. At the same time, it’s a common courtesy to give up your seat should an elderly person board. I almost never sit in any of these seats knowing that I’ll have to get up in about a millisecond, which for me is just plain torture.

But let’s say the occupant decides not to give up this “reserved” seat when a nonna (grandmother stands in for every woman over age 65) gets on the bus. I’ve seen it happen and it can get ugly. I once saw a nonna gear up to beat a kid with her heavy purse just because he was sitting in one of the sacred seats.

Sure, the kid should have gotten up, but it’s also possible he didn’t see her get on. I’d like to think he wasn’t being furbo, the nicest Italian word for shrewd, and that nonna was just being a little uptight. Maybe he just needed a reminder?

Knowing which seats to occupy is all about strategy. I learned the hard way that elderly Italians typically get on at the front of the bus. This naturally makes it harder for them to get to the reserved spots located in the middle of the bus. Instead, they shoot straight for the poor souls (me) sitting behind the driver and beg for their seats.

I don’t mind it much in the morning. But after a hard day’s work, the last thing I want to do is spend an hour and a half standing on the bus, squished like a sardine with someone’s armpit in my face. Admittedly, I’ve pretended to be asleep a time or two. But the other times, it’s kind of hard not to surrender to a granny giving you a poor puppy-dog face.

The elderly are also very good at getting away without paying fines. If caught without a ticket, I’d surely be slapped with the €101 fine that inspectors give out. But nonna? Uh huh. She’ll always manage to charm the guys into backing off.

Then there’s the supermarket. This is where the elderly — gli anziani — rule (even the ones with six grey hairs). Whatever the size of the line they’ll try to cut to the front. “All I have is this mozzarella to buy,” they’ll say.

While I’ve never turned anyone back, it does bother me that nonna often doesn’t even ask permission. She just makes her move. Not cool. One time, an older woman marched in front of the line with her big cart filled to the brim. No apologies. Furbissima.

One of my favorites is watching anziani at work in Rome’s open-air produce markets on Saturday mornings, where people shop for fresh produce. Determining the best vendors with the freshest goods is a trial and error process. Unless, that is, you’re among the Roman elders who make vendor-to-vendor rounds conducting a meal’s worth of little taste tests. Who needs permission?

If I made the same rounds I’d get my hand slapped or hear a scolding. Non si fa. But at the produce market, nonna is the star. A word of advice: Don’t stand between her and her tomatoes. She’ll truck you with trolley cart. And not look back.