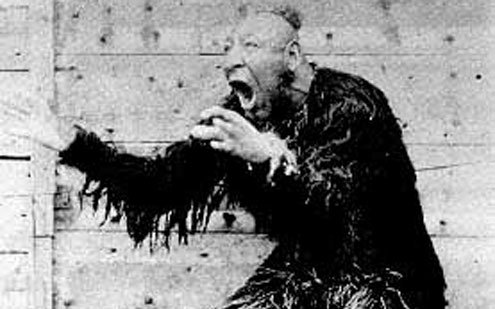 merica’s house is glassier than ever and the rocks in its quarry too many to count. Most conspicuous among the recently-hurled slabs was a protocol-squashing mass expelled by a South Carolina congressman who interrupted a Barack Obama health care address by blurting out, “You lie!” He has since apologized and been officially censured.

No matter. Conservatives are fuming at liberals for framing the incident in terms of racial bias. Former President Jimmy Carter stirred the muck further by suggesting that the South Carolinian’s rebuke had little to do with health care. “It goes deeper than that.”

When a progressive but God-fearing octogenarian Georgian pillories the “dastardly” remarks of a young Republican South Carolinian and the ruckus has the first black president in the middle, the meaning of “going deeper” is a foregone conclusion.

Left to right, loud is the clamor bemoaning decorum’s paradise lost — if only retro actually possessed such a promised land. True, no presidential speech to Congress had ever been interrupted by such an emotionally intemperate remark. Rustle and semi-boos had usually sufficed.

So protocol was in fact breached. And yes, the president is a black man, injecting more bile into a darkening storm. But the tempest itself has been raging for years.

Few presidents in recent American history attracted the global venom directed at George W. Bush. Critics viewed him first as objectionable and later as beneath their objections. The most virulent viewed his politics, and his person, as an insult to the United States. Still others portrayed him as an ignorant stooge for his vice president. Objectionable rhetoric had not only its day but its decade.

Ironically, the intensity of the frontal assault on Bush— including attacks on his upbringing, family ties, intelligence — soon transformed itself into parody. Insult took over from criticism, disdain for disapproval; credibility collapsed. Bush, an affluent white man, stoically adopted an Oscar Wilde approach: “There is only one thing in the world worse than being talked about, and that is not being talked about.” At worst he was bemused.

The late 18th century in which the self-involved Wilde lived may have served as a kind of harbinger. Vitriol overwhelmed Industrial Revolution London, while New York and Washington were in the thrall of Yellow Journalism’s overstatements. Cash and political influence were up for grabs as never before and wealthy power brokers controlled most daily newspapers, the Internet of the day. Exaggeration, character assassination, and self-aggrandizement nourished public and political debate. The tabloids of the period presaged the emotionalism of blogs.

While growing anti-Obama sentiment on the American right may well represent a unique meshing of traditional anti-intellectualism, fear of the new, and subcutaneous racism, anti-presidential vitriol, closeted or manifest, is as old as free speech.

Few presidents were more loathed than Jack Kennedy, for his religion, family entitlement, and perceived young man’s liberalism. Franklin Roosevelt and Harry Truman brawled with Congress and the public long before it was fashionable to report such fistfights. The Washington Post‘s profound disdain for Richard Nixon (and he for it) reached rhetorically outsized proportions long before the paper’s brilliant investigation into the Watergate scandal.

The worst may have come in 1998, when the liberal media’s systematically cruel savaging of Bill Clinton after the Monica Lewinsky scandal laid the groundwork for a judicial investigation that used the righteous anger against Clinton to rationalize jaw-dropping moral pomposity.

The Clinton-era bashing left Europe bewildered. While long accustomed to all manner of domestic parliamentary insults (and fistfights), it never imagined seeing a superpower at home with the public humiliating of a sitting leader, particularly when he enjoyed an otherwise strongly favorable global consensus.

Whatever the role of race, the anti-Obama spittle nonetheless emerges from the amoral jowls of the 1990s.

In a narcissistic age in which world wars are replaced by sideshow quarrels that encourage crudeness as an expression of self-promotion, the discretion that fused stylishness with ethical common sense is annihilated.

Post-Clinton Americana (and the 2000 Florida stalemate) helped usher in a nationwide revival of the P.T. Barnum’s turn-of-the-twentieth century circus, heavy on lunatics, sorcerers, and even included a (popular) black dwarf. For Barnum, an impresario first and foremost, freaks fed the public lust for the uncivilized, the unruly, the hyperbolic. People would pay to be shocked, only to then rue excess’s terrible unfairness and beseech their god for compassion.

As a result, most lampooning had a moral stuck to its undercarriage, an object lesson, a moderation. More than the loss of any imagined political decorum, it’s the veering away from such an intrinsically philanthropic sentiment, particularly in the context of insult, that gives new-age meanness its aggrieving rawness.