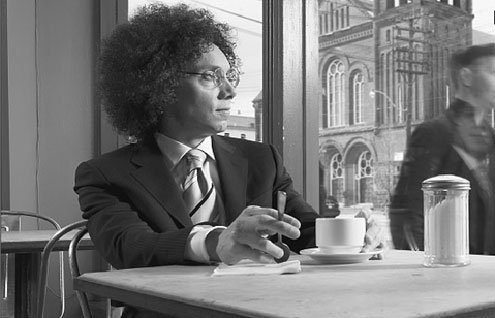 eems we’re entering that long tunnel of the “season to be merry.” It carries a hefty list of people who must receive a present. From you. Even if you can’t quite remember why.

In that spirit, here’s a stocking-stuffer hint that can be easily extended into the New Year: Give any of the three Malcolm Gladwell pop sociology volumes published since 2000. They’re unfailingly upbeat, topical, and cleverly written for market appeal. At the same time: they’re a glance at what we choose to believe today. A large public has already “bought” Gladwell’s work, in every sense.

Under the guise of “sociological investigation,” his books are designed to make you feel very, very good about yourself.

Basically, they lean on far-from-new ideological staples. Ones that have shaped our American cultural history. Without naming them, Gladwell offers large injections of: accepted wisdom (the pioneer’s database to survival, John Calvin, and Ralph Waldo Emerson. Packaged together, they’re beribboned in a shiny New Age package. It almost seems these staples have been freshly invented (by Gladwell). To explain some social phenomena of this curious, curious third millennium.

In his best-seller trilogy, titles reflect technique and take. “The Tipping Point: How Little Things Can Make a Big Difference,” 2000. How some things as small as e-mails can alter celebrity status, or the stock charts. This debut success “analyzes” the tricks of creating message-contents that are so memorable they can invade our culture with viral contagion and speed.

Trick #1: catchy phrase coinage. He calls it “The Stickiness Factor.” (And his “tipping point” title is the big new word in town.)

Trick #2: message content — spread by people who intuitively accept the message and can pass it on because they “have a knack for making friends and acquaintances.”

Hey, aren’t these DIY methods available to all of us? Emersonian self-reliance in a peanut shell. Gladwell likes to ego-stroke his reader. “Self-doubt,” is not a big word in his vocabulary.

“Blink: The Power of Thinking Without Thinking,” 2005. Do you really need to be told the consoling notion here? Gut instinct is the best judgment tool. Trust yourself (Emerson). Because snap judgment relies on a lifetime of brain-archived information. (Despite his own unhappy and erroneous detention for rape, based on cop snap judgment, Gladwell gives amazingly short shrift to the possibility that the brain has stored mistaken information). He insists: first-blink reaction is way superior to cognitive reflection. Which he declares potentially negative. For “the giant super computer in your subconscious” is destined (Calvin) to right decision. Lucky you.

“Outliers: The Story of Success/or Why Some People Succeed and Some Don’t,” 2008. People-tales recount men and women whose great accomplishments lie outside ordinary experiences. A key chapter is the Bill Gates story. What’s surprising is that Gladwell deploys these high-lit third millennium lives to re-present the dual Calvin-Emerson heritage. Here’s the sell: hard work and self-reliance are essential to success (Emerson); yet such achievement may lie beyond our individual control (Calvin).

Gladwell insists Fate plays a key role in any success story. Didn’t the right birthday give Gates his chance to be a billionaire? He got fiercely involved with computers at the right moment. Born even a few months later, he might not have been first to bat.

Emerson? Seems success also depends on hard work and a determined self. Gladwell applauds the work ethic. He calls it “The 10,000 hours rule.” Work at your chosen task for 20 hours every week, for 10 years. Well, that’s what Gates told MG about his computer time. And Gladwell was glad to believe him. Because this unintentionally comic, but, yes, memorable “rule” gave the author perfect shot at yet one more “Stickiness Factor.”

Well, Gladwell does have a gift. He can invent mind-tweaking phrases: Stickiness Factors. He can skim research publications to select those findings that support his own take on social phenomena. And he’s not afraid to quote sometimes-boring quantities of technical jargon, which lends his work a fleeting air of authenticity.

One perplexity: the author’s got mixed racial and cultural roots. It’s not unfair to wonder why he excludes those influential concerns so completely. For he weighs exclusively to long-rooted WASP belief sets: hard work, uplift, upbeat, and self-reliance. The popular result? His Stickiness Factors have stuck. Gladwellisms fill the web and the daily news.

After all, his cleverly-written and entertaining books make us feel good. And perhaps tell us more than he intends about our world. Where the vote goes to the “outliers”: “people who are busy doing things as opposed to people who are busy sitting around reading.” His books?