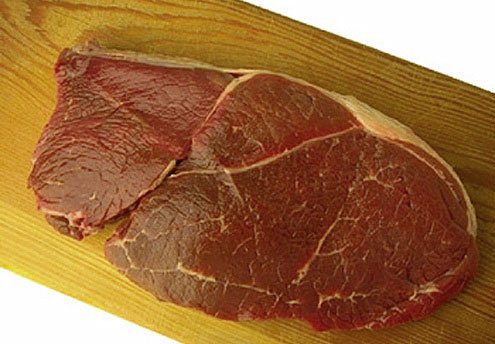 t’s a well known fact that English food is the worst in the world. Ask Italians, even if they’ve never eaten any. Italian food is, of course, the best in the world. Go ahead, ask. That’s why Italians have such a miserable time when they go on holiday — unless, of course, they manage to find an Italian restaurant, which they often do. And that’s why ethnic restaurants in Italy do so badly.

Here in Spoleto, the town’s only Chinese restaurant has just closed. No great surprise there as I never saw more than three clients at once in it the whole time it was open.

And no great culinary loss either.

It had always puzzled me why the standard of Chinese food in Italy was so, to put it bluntly, abysmal, until a Mafia expert I interviewed explained that the vast majority are just fronts for money-laundering rackets.

So that’s why the spring rolls aren’t a patch on the ones in Soho. To our great shame, England’s favorite national dish has long ceased to be fish and chips or even roast beef. This latter delicacy always provokes sniggers among Italians, but give me Mad Cow beef any day over the pieces of shoe leather that pass for meat in Italy. Chicken tikka massala held the top place for quite a while, but I am sad to see that it has now been ousted by — lasagna.

So the cycle of humiliation is complete. I vowed long ago never to cook our own glorious national dishes for Italians. I once spent a full day in the kitchen (and a large chunk of a month’s salary) buying a superb joint of Scottish sirloin from a friend with Vatican connections in a misguided attempt to show off our great culinary heritage to skeptical Neapolitans. They knew it was going to be inedible before they even sat down. And when they did, they pushed the beef around their plates before one of them finally remarked: “I don’t like the meat, but this sauce might be quite nice with pasta…” She was referring to the gravy. Needless to say, I haven’t invited her back.

I will grudgingly concede that English food can be very bad indeed. When I was a trainee journalist in a God-forsaken town called Harlow I was billeted with a women whose party piece was a stew made from the scrag end of lamb, complete with shards of bone and a thick layer of grease. I lost a lot of weight while I staying with her. And when I think back to my school days, with the foul-smelling vats of mushy peas and custard that began arriving at about midday, it certainly isn’t with nostalgia.

Embarrassingly, British food has just taken another battering with the news that our children have the poorest quality school food in Europe, and that the daily 37 pence per child spent on the ingredients is less than half that spent by other countries such as France and, of course, Italy.

All of which spells more self-flagellation for culinary underdogs, and more smug behavior from Italian friends. This may sound as if I’m clutching at straws, but have any of you ever eaten a decent potato in Italy? And what about the bread, especially here in Umbria where, thanks to the ludicrous salt wars more than 400 years ago, we are still eating lumps of hard white stuff which is stale as soon as it comes out of the oven and tastes of absolutely nothing.

In any case, everyone knows that bad food is character-building and that, by contrast, too much good food turns you into a wimp. Take my 10-year-old son’s class at the local primary school. They just played host to a group of German children as part of an exchange in an enlightened attempt to forge bridges between the young people of Europe. The headmistress explained the scheme with much gusto and Euro-rhetoric, and urged parents to take a German child into our families, which we dutifully did.

Next month, our own children will be travelling to Munich for their side of the exchange. But will they be staying with German families? Not on your life. “The trouble is,” said the headmistress, “that in northern Europe, they don’t eat pasta, a main course and a vegetable dish. They have a ‘piatto unico.’”

On hearing this shocking news, the parents in my son’s class unanimously decided that the only solution was to send their cherubs to a hotel, where they will, we are assured, get a three-course meal, including — though it won’t be as good as mamma makes — a nice big plate of pasta.