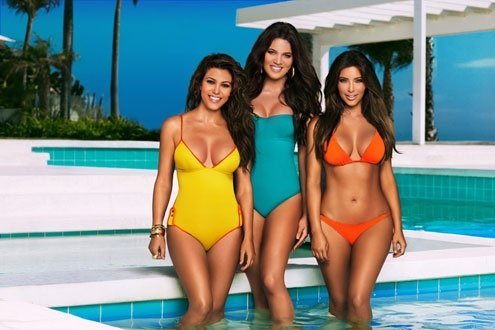 A wA word to the wise: forget the Kardashians, and what they stand for.
T

o be or not to be a mother is a question that now looms large in the minds of many modern women. Thanks to feminism, the sexual revolution, the invention of birth control and, in some cases, the termination of a pregnancy, anyone with an X chromosome can face that question individually.

In recent years, women with children and women without them have taken to airing out their views on mass media and the web. There are plenty of Mommy bloggers with fingers on the pulse of modern motherhood, but just as many breeding zealots with fury to burn. The latter group can’t stop talking about controversial topics such as potty training, breastfeeding, teething and schooling. There are also women who’ve opted out of the parenting game. They can feel ambushed by their procreating peers and tired of constantly being bombarded by the current parenting media blitz.

Both sides are fueled by truth and emotionalism. And I just want to say: “Girls! Girls! You’re both pretty.”

As I tap on my keyboard, I’m the one now writing a parenting piece. But I’m qualified to play Devil’s Advocate. For two reasons: First, I never really ached to have kids and thought my life would go on just fine without them. Second, after the age of 35, I did reproduce twice and adore my little half-Irish replicas. In essence, I’ve played for both teams. And I see both their sides.

Mothering is a gnarly job that requires support. I’ve often equated becoming a mother with being bi-polar, by which I mean no respect to the mentally ill. But parenting made my highs higher and my lows lower. I never knew such abundant love or such deep despair before becoming a parent. So I understand why the blogosphere has become clogged with parenting scribes (both good and bad). Blogging is cheap and fast and has no calories.

And I also get why so many of my successful, creative and fabulous non- mother friends can become fed up with this baby-fied literary revolution. It is a bit much.

When baby boomers became parents, mostly in the 1970s and 80s, they weren’t inundated with daily play-by-play. Parenting wasn’t yet a verb; it required far less concierge service and far more “go outside and play” moments.

Now, we’re not only inundated with mommy data but we also get stupid information on a regular basis (Kardashian women, anyone?) But blame that on electronic media, not on the women.

I have also had a number of non-mothers tell me they’ve felt criticized for being childless.

“I get the same respect as a smoker in Southern California,” one funny lady told me.

Another friend says she’s been told she hasn’t “fully experienced” life because she doesn’t have children.

That’s laughable. And I think everyone woman with a child should stand up and give me an Amen. Women need to support women.

I have pitied many a mother whose son is throwing a temper tantrum, or whose daughter has special needs. I have also cried with friends over lost pregnancies and infertility issues.

But I have never, for an instant, felt sorry for or felt that a woman was less than whole for having chosen not to have a child. Instead, I’ve applauded them for making the choice while occasionally asking if they could baby-sit. Ha!

The bottom line is this. I have many fabulous female friends who don’t have children. Some want them and some do not. But they all have something in common:

Though they don’t have children, each and every one of them has a maternal need that they can still fulfill. Proof of this can be found in a new anthology titled “No Kidding: Women Writer’s on Bypassing Parenthood.”

It’s not a book where a bunch of estrogen deprived loonies bitch about people with kids. Nor is it a sad tale of women who wished they were mothers. Instead, it’s a poignant, personal look at the lives of maternal women who make us laugh while living successful lives. It’s a book that celebrates acceptance.

And that’s what I think women need to do. Celebrate and encourage one another. Between the cool-ass mommy writers and the fabulous non-mommy writers, there’s still a lot of great reading out there. So lets leave that Kardashian universe alone and work to support one another.