Giovanni’s head (or, the vaccine game) 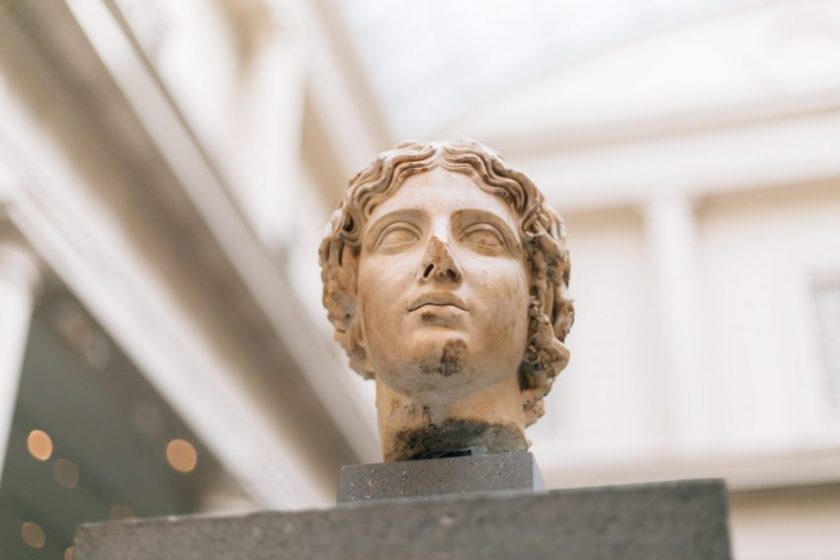 Will the Italian government pass legislation to make vaccines mandatory? The writer thinks not.
I

t’s official. Italian Prime Minister Mario Draghi has announced his government will draft legislation making COVID-19 vaccines mandatory for every Italian citizen over the age of 12. The decision creates a fellowship with any number of illustrious nations including Turkmenistan, Indonesia and, yes, Micronesia.

All members of his pot-stew governing coalition have signed off on the idea — minus the Northern League, whose firebrand boss, Matteo Salvini, is the closest thing Italy has to a Donald Trump impersonator. Giorgia Meloni, who heads Fratelli d’Italia (Brothers of Italy), also opposes the move, but her party is not in the Draghi government. To my mind, Meloni is an outright fascist.

Those of you that are familiar with my politics know that I have no patience for the pair mentioned above — never have, never will. I see their positions as crude at best.

Now for the shocker, though.

Like those two tongues, I don’t like the law idea either. Left or right isn’t the problem: this kind of legislation ruffles the inner libertarian that lurks within me. Yes, I believe in science, medicine and common sense. But no, I do not think citizens of a democracy should be coerced by a government to the extent that free will is cast aside, if not junked.

To me, compelling health care workers, official employees, school workers and a host of others to get so-called Green Passes (digital proof of vaccination or recent testing) is necessary — and sufficient. Green Pass demands all but force skeptics and no-vaxxers to get with the program. If they don’t, they can forget going to work or a museum. If you want to play the outcast, be my guest.

Left or right isn’t the problem. This kind of legislation ruffles the inner libertarian that lurks within me.

I have, at times, gotten angry enough at the irresponsible to suggest vaccine legislation, but fell short of meaning it, though I was, and remain, a Green Pass fan. Add legislation to the mix, though, and you wave red in front of a host of legitimate civil liberties issues — as well as edging toward the risky outer limits of democracy.

Ironically, though, this is where things get interesting, at least in Italy.

Reputable polls suggest beyond any doubt that Italians, in general a rebellious lot when told what to do, favor vaccine laws by large margins. More importantly, the backing cuts across the political spectrum. This would hint that even some within Salvini’s Northern League don’t agree with their loud-mouthed boss. Even Melon’s Brothers of Italy come within an inch of contradicting their lady-in-chief, with 48% of that small party in favor of legally obligatory testing.

Salvini, though, remains immovable — still saying he’ll oppose the measure no matter what, in essence breaking from his base. Polls suggest 70% of his voters aren’t with him. Bear in mind that as recently as three years ago, the League ranked as Italy’s most powerful political party and Salvini, though profoundly controversial, has been a much-beloved figure in some circles.

Overall, poll numbers suggest that less than 25% of Italians feel my kind of libertarian twitch. They’re all in for the law.

Now it’s time for the Italian kicker, which the Washington Post once labeled a “Johnny-with-his-head-cut-off” lead, meaning a misleading story that starts one way only to let the reader know much later that the premise of the story is actually null and void.

How am I playing Johnny? Because, ladies and gentlemen, we’re in Italy — or I am, at least — and whatever seems to look and sound like a real live announcement made by a dead-serious head of state here usually ends up heading Johnny’s way.

Draghi’s legal threat was bluster for public and media consumption for the purpose of driving holdouts to their local clinics — many overstocked with unused vaccine and booster doses.

To wit: Within days of Draghi’s announcement that compulsory vaccine legislation was imminent came word that what he had announced wasn’t actually a precursor to a real, live law but rather the threat of a law made in categorical form for dramatic effect.

The upshot was that if Italians didn’t behave, Draghi would make them behave. And that behavior meant total national compliance to repeatedly-issued government demands that all citizens get vaccinated. Timetable? Not clear. How to measure, let alone establish, what a total compliance rate might be (90%, 98%)? Also not clear.

Basically, Draghi’s Johnny (or Giovanni) threat was intended to put even greater pressure on those workers still not vaccinated and not tested, harping on the need for everyone in any kind of official workplace to get with the Green Pass program (never mind that a significant part of the country’s workers, semi-legal immigrant laborers aside, hold more than one job, often one legal and maybe two off the books).

Boiled down, Draghi’s legal threat was bluster for public and media consumption for the purpose of driving holdouts to their local clinics — many overstocked with unused vaccine and booster doses.

Through the end of September, 77% over age 12 had been vaccinated, according to the health ministry. Draghi figured his tough talk might help push the figure upward. This, of course, is also why Salvini had no qualms about vexing his base: he sensed how the game was playing out and knew no vote was imminent.

Italy is almost at a dead stop when it comes to new vaccinations, so it’s easy to understand Draghi’s bluffs. Realistically, however, there’s little chance Italy will see a sudden change among its vaccine holdouts. Some of them are hardliners who made up their minds months ago.

Bottom line, Draghi will very likely be compelled to repeat his threats a second, if not a third, time between now and Christmas. But a law?

Nope. I don’t think so. Not unless Giovanni really loses his head.