Getting dirty in “Purity” 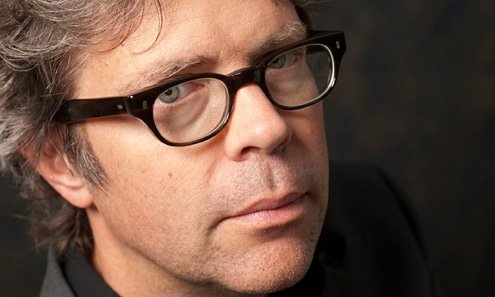 #8220;Purity” is American novelist Jonathan Franzen’s latest, consummate fiction. It’s also the name of its lead character. True, Purity has rejected her “embarrassing” moniker, calling herself “Pip” instead, yet like most of the novel’s cast she’s eager for something resembling a pure life. Through her classic, youthful search for selfhood — and for an unknown father — Franzen caustically reveals some dirty, global fault lines.

Twenty-three-year-old Pip chronicles the first, middle and closing chapters. Product of a reclusive mother in a home with no TV or computer, she’s an unworldly observer of hyper-wired Western culture.

The other three storytellers are 50-something media sleuths. Born in totalitarian East Berlin, Andreas Wolf was a dangerous rebel until chance and a nutty millionaire launched him into info-leaks celebrity. Tom Aberant heads a Denver investigative journal. Lebanese-born Leila Helou’s is his key reporter, and lover — though she’s threatened by Tom’s irrational obsession with his ex-wife Anabel, who’s long disappeared.

With Pip, they star in Franzen’s best work to date. Whether using third or first person narration, he’s a master ventriloquist. He also commands near-Dickensian plot coincidences, and unique descriptions.

Yet this is a people story, which even the author’s PR trumpets (“The book’s not plot-oriented… it’s character-driven.”) That’s probably a good thing since Franzen often shuttles bafflingly between the long ago and the now. A reader is glad to pick actors over time frames.

Chapter I: Pip’s quest begins at the bottom. She has a load of student debt, a call center job, and lives in an anarchist squat in Oakland. She’s at least managed to distance herself from Mom, Penelope, one of Franzen’s all too familiar maternal monsters. But their daily phone call is an exercise in emotional blackmail: “Oh, pussycat, my body is betraying me again,” Penelope tells Pip. What she won’t tell her, despite a lifelong plea, is her father’s name.

Franzen has made a career out of attacking the American dream of reinvention and dwelling on the loss of personal identity in Western culture. The wrenching call anchors these concerns.

Pip can’t find her father because Mom has all but erased the past. Given Pip’s limited online skills, she needs outside help. Enter the three older characters, and an intricate knot of coincidences, teasingly unraveled in juggled chronology. Some chapters occur years before Pip’s birth, with events linked to her present. Together, the four build differing views on a shared history.

Charismatic Andreas calls himself a “megalomaniac” and “pussycentric.” Outsiders call him truth-seeker or media sensationalist. A childhood spent with a secretly psychotic mother left him feeling unworthy and “dirty.” Adding murder to his CV didn’t help.

These days he’s among idolatrous volunteers at the powerful Sunshine Project, a Bolivia-based info-leaks center (real-life WikiLeaks was founded by Sunshine Press). “The sunshine light of truth will disinfect the dirty world,” claims Julian Assange-like Andreas.

Though he’s saddled with his own if inconsistent search for “purity,” he didn’t connive Pip’s Sunshine recruitment because of her given name. Andreas has more complex motives. Like his author. In her Bolivian interlude, outspoken Pip provides clear-eyed view of such WikiLeaks-like undertakings. “Once upon a time,” she tells Andreas, “there was a Moonlight Dairy farm. But its real business came from selling its milk-cows’ manure.”

Instead of firing her, Andreas arranges a job interview with Tom Abérant’s e-zine. What connects such different newsmen? Why does Andreas give Pip his steamiest media-op photos when she meets Tom in Denver?

Intrigued, Tom takes Pip-plus-pics — which show a naked gal astride a nuclear warhead during a backyard beer party in Texas. Since a previous chapter had Leila traveling to Austin to do research on its nuclear storage plant, this is hardly surprising. Her beer party foray offers hard kicks at government security and military duplicity. But Leila’s worries about Tom’s affection never eases up. Her lover starts shaking if he sees a TV actress who only “yawns like Anabel.”

And it’s Tom who has the novel’s lone first person chapter. His boyhood recollections include tales of a rigid Teutonic mother who convinced him his very life was a mistake. Once in his 20s, he became self-punishing prey for sexy, dominant, but quite insane Anabel, an impoverished heiress who refused her family’s “unclean” billions. Their mutually destructive relationship covers a decade of raging arguments. Until she disappears.

This is a cast of tormented human beings compelled to confront nightmare lives and the dirty daily news. If their bizarreness tilts them toward caricature, the unhappy truth is that we’ve already met them, and their döppelgangers, in our busy global scene. “Purity” is a Franzen’s sardonic indictment of where we are, and where we’d like to think we’re going.