Getting beyond the “British” war 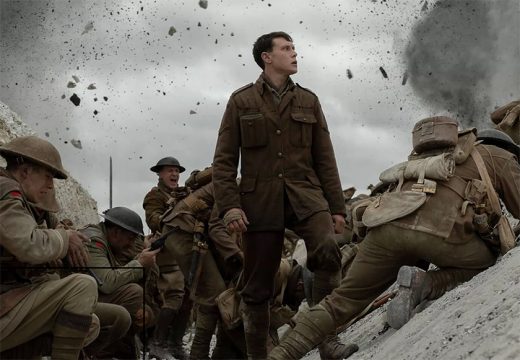 Sam Mendes's World War I saga "1917" is based largely on a Mendes family story, and examines World War I from a decidedly British perspective.
W

ith English-born director Sam Mendes’s film “1917” landing on movie screens the world over, I’ve been hearing variations on the same refrain from people who know my interest and family connection to World War I: “You must be happy to see your great uncle’s experience in the trenches on the screen.”

I sigh. Because if there is one thing we won’t be seeing in “1917” it is what American troops, like my great uncle, actually endured. Here is why.

Yes, seemingly endless trench warfare was a unique feature of the First World War. And the trenches were plenty awful. But it was, after all, a world war, a detail that’s too often overlooked. It encompassed far more than men dug into the mud of France and Belgium. In addition to the Western Front, there was extensive and serious combat on the Eastern Front, in the Middle East, and in Africa. None of that involved trenches.

Nor was the war simply a four-year stalemate in which “lions led by donkeys” — brave soldiers, foolish generals — made endless doomed attempts at a Franco-Belgian break through. Most European commanders were not the stupid butchers that expression suggests. They were men baffled by a technology gap created when innovations in weaponry — machine guns and artillery — outpaced communications and tactics. Both sides experimented with ways to overcome or sidestep this gap, usually failing miserably. It took until 1918 for both sides to find better approaches. By the time the American Expeditionary Forces (A.E.F.) really began fighting in summer 1918, the war was one of rapid movement. Suddenly everyone was out of the trenches. In fact, no American ever really went in.

World War I earned the U.S. a seat at the geopolitical table.

Even without trenches, Americans faced their share of misery. They were untrained and unprepared for the situation before them. Still wearing summer uniforms, they chased battle-hardened Germans across rough terrain in wintry weather, while a flu pandemic raged. Like Americans looking back at the war today, U.S. chief of staff John G. Pershing did not fully understand the Europeans’ tactical experiments. He dismissed their lessons at high cost to his men. Pershing’s belief that Yankee riflemen of Lexington lore could go up against a German machine gun crew with a Maxim machine gun cost thousands of lives.

While World War I may be America’s “forgotten war,” it was in no way a minor one, even when compared to World War II. The Battle of the Meuse-Argonne, two months of pitched combat that lasted from September 26 to November 11, 1918 remains the largest battle in U.S. military history. More men died (26,000) than at Gettysburg (6,000). American forces had more casualties for every day fought in World War I than any other combatant nation. Two million American men were present in Europe in World War I, the same number as in World War II. 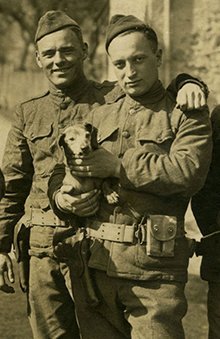 For American troops in Europe , the so-called Great War was an experience in social bonding.

But “1917” is a British film by a British director. And the reason I sigh is that everything most Americans know or see about the so-called Great War is British.

This is our fault, not Britain’s.

In 1917, when we entered the war, most Americans were unenthusiastic about what they considered a European problem, and one that American elites hoped to profit from.

After the war, President Woodrow Wilson’s peacemaking was reviled in his own nation. The U.S. never did ratify the Treaty of Versailles. Returning World War I veterans got about as much enthusiasm as men returning from Vietnam. They were even fired on by their former military leaders (George Patton and Douglas MacArthur) when they staged 1930s protests in an effort to get promised but unpaid war bonuses.

When the Second World War came along, Americans liked its story better. They relegated the First World War to a backseat role, used mostly to explain the origins of the Second.

Just the opposite happened in Britain, where the Great War became a thriving cottage industry. Some of that industry’s byproducts have been helpful. Serious scholarship and art debunked myths and brought nuance to history. Other Great War industry products have been far less helpful. However entertaining, British television productions such as “Downton Abbey” and “Blackadder” perpetuate tired myths about the trenches and the flaws in leadership.

Sadly, it is has been just these kinds of British Great War products that, abetted by a common language, have filled the void left by America’s lack of interest in its World War I story.

Should we even care that with “1917” we get the British story, if the end result is that Americans learn about the war?

Yes, we should. Familiarity with Britain’s version of the story deludes Americans into thinking they actually know something about a conflict whose details they are ignorant of.

This sad truth is underscored by of America’s centennial coverage of the war. For example, the PBS “American Experience” series reduced the war to a group of scattered themes and moments never really integrated into the bigger picture. Today’s Americans can be forgiven if they believe the (dubious) story of Sgt. Alvin York, the heroism of the Lost Battalion (isolated and battered bv German forces), and the valorous legacy of segregated African-American troops happened somewhere on the British Western front in 1916 or 1917.

World War I was in some ways more important for America than its successor. Men from North and South fighting a common enemy helped heal Civil War wounds. Immigrants grew more assimilated. World War I proved African American men could fight. The war earned the U.S. a seat at the geopolitical table. It made us an adult nation.

Fighting men in the A.E.F. did not think much about these issues. Nevertheless their diaries and letters reveal their pride in an army more egalitarian than that that of Britain, France, or Germany’s. They remarked on the contrast between their new country and its rough, untaught ways and the tired but weak methods of Europe. They were proud to be American and to fight with Americans as Americans.

Accepting the unexamined British version of events as our own blinds us to the American men who fought in France. It keeps us from understanding what Americans lives were sacrificed.

It certainly wasn’t for the British Empire.