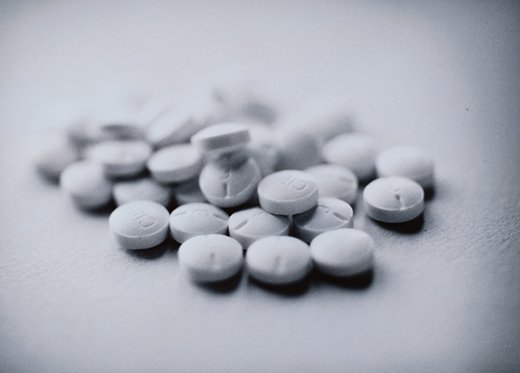 When in doubt, or distracted, stock up…
M

any of my friends and acquaintances are in some form of psychotherapy.

Most are Americans between 20 and 40, though their ages matter less than workplace woes, low self-esteem, undone relationships, and, social media aside, a sense of isolation. Some suffer from a cocktail of anxieties that paralyze their emotional immune system.

An 18-year-old I’ve known all her life has been in treatment since age eight and these days styles herself as a web-savvy expert in the pros and cons of name brand anti-depressants. She has a soft spot for her bi-polar diagnosis since it gives her dread a named home. It makes her feel official.

Counseling is First World gauze for the wounded mind, whether applied to deep gashes (clinical depression, schizophrenia) or used to tamp down all manner of existential (which is to say human) dissonance.

Some 75 years after Holden Caulfield, we inhabit an age in which almost any reversal is legitimate fodder for therapeutic redress. Even grief can be reined in, though whether it should be is another matter entirely.

The financial burden of professional help can itself contribute to despair. College loan payments coupled with regular counseling sessions, drug costs, and perhaps a mortgage, can conspire to transform university graduates into latter-day indentured servants.

These days, many suffer from a cocktail of anxieties that can paralyze the emotional immune system.

Of those not beset with crippling psychological maladies, many see therapy as a socially acceptable response to loneliness and doubt. It can provide solace when none is forthcoming from family or friends. But it can also permit the troubled to postpone some central adult obligations, such as taking pledges and promises seriously.

Joining this 21st-century walking wounded has vague kinship to signing up for the military, once the corrective safe haven for lost young men. They’d learn discipline while feeling a sense of belonging, perhaps for the first time.

Being tethered to therapy confers a similar sense of protection and rank but one in which identity is based on diagnoses.

Part of the psychic disarray is is a byproduct of the relentless peddling of happiness the United States adopted at the height of the Cold War.

Purpose would come with purchase and the rest would take care of itself.

It did not take care of itself but it did foster a vision of life that, assuming communism was defeated, would mean peace and prosperity for all. Some mistook this as freedom from anxiety.

Before capitalism’s turn at the top, people made do with passing satisfactions, much of it tied to face-to-face relations cyberspace has marred. Happiness, if it existed, came in smallish doses.

The challenge of adulthood wasn’t the attainment of cheer or even material well-being but learning instead to cope with adversity, an intimate test complicated by urban stress that brought previously sheltered terms such as nervous breakdowns and panic attacks into the 1950s limelight. Coping was maturity, and some, mostly celebrities (think Marilyn Monroe) could not.

Two world wars, Korea, and Vietnam — two decades of twenty-something slaughter — confronted protected youth of all backgrounds with the traumatic realities of adulthood. The self-indulgent likes of arrested development and fear of missing out took a cultural back seat to assertive rebellion. The word self-reliance (forget Walden Pond) referred to the resourcefulness and ingenuity applied by those aware enough to improvise, whether to survive or send men to the Moon. Improvisation, optimism, and ambition combined to enshrine an American fearlessness the world envied. It was, strangely, a “happy” form of drive.

In this entrenched middle class era largely free of hunger, pains, and illiteracy, the pains come from within. Family dysfunction, a fashionable way of defining the escape from no-fun fortitude, naturally brings with it children and young adults schooled in doubt, anxiety, abuse, and insecurity. Where to turn but to companionable repairmen? Who in turn make the rules.

Chronic distraction (in part created by devices that encourage it) receives a deficit disorder title, and ascends to Ritalin royalty. Too much melancholy is met with “Get help!”

Postwar concepts of personal and domestic “happiness” were marketing’s way of linking purchase to purpose.

But this wholesale capitulation to trendy dysfunction carries risks. The impressionable can copy or mimic the real or imagined insecurities of others. One-upmanship can begin to work reverse, so that personal breakage becomes an accomplishment. Optimism is negatively redirected toward pride of affliction, or ownership.

The stigma once associated with Freud and pals now rests inversely on those who resist therapy or fail to take anointed medication. Pop culture revels in creating fractured characters whose views depend on irony.

Adults abet all this by seeking refuge in adolescent behavior, endorsing the greater dysfunction, and freeing themselves from staid maturity — once again, one-upmanship in reverse, with even a president joining in the collective regression.

Cynical rhetoric? Think again. And consider the dilemma as you would climate change, since human implications are that deep.

I grew up in the contrived “Leave it to Beaver” era that made a fuss about personal character and advertised hopefulness as essential to any inner well-being.

I was a moody boy who often refused to do his homework. No doubt, I, too if born in these times, might have been ushered down Ritalin Road. Instead, I was repeatedly told by my elders that life could be difficult, I would face challenges, and that some responses and solutions came from within.

Playing alone in the alley I was repeatedly bullied by a neighbor and his friends, who said I was too scrawny to climb a tree. I responded one day by climbing to the very top of a telephone pole. There I waited for them, in spite.

I expected further laughter but instead got the lead bully’s respect. With a nod he made my boldness official — no diagnosis necessary.