A memoir born of newsprint 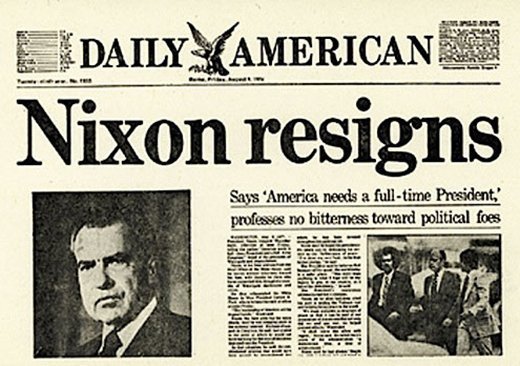 The Rome "Daily American," which closed in 1984, was a staple for decades.
W

hen people ask me how long it took me to write my memoir, “Dottoressa: An American Doctor in Rome,” I reply “half my lifetime.”

Three years after I opened an office in Rome, Christopher Winner approached me to write a weekly health column. Yes, the same Christopher Winner who created and edits this magazine. Back then in the ‘80s there were enough expats in Rome to support a “Rome Daily American,” and Chris was its editor-in-chief. I liked the idea, though I was terrified of appearing in print. My friend, the writer Mike Mewshaw, gave the column its title, “Medical Muse.”  Years later, he also came up with “Dottoressa.”

For the “Daily American” column, I decided on a Q & A format in which I wrote both the questions and the answers. Grinding out those 1,200 words took hours of scribbling, typing, red-penciling, and retyping draft after draft on my electric typewriter. This was long before word processors and computers made revising a breeze.

My main terror was getting medical facts wrong. For my father, always ready to pounce, factual inaccuracy was up there with murder, a sin punishable whenever possible by public mockery. But how naïve I was! It turned out that whatever nonsense I might write, if it was printed black on white, would be taken by readers as holy writ. I had the disconcerting experience of having to argue with patients who were spouting misremembered lines from my own columns.

Grinding out the 1,200 words for my Rome “Daily American” took hours of scribbling, typing, red-penciling, and retyping draft after draft on my electric typewriter. This was long before word processors and computers made revising a breeze.

I stuck to topics I knew cold: obesity, the Italian diet, booze, checkups, allergies, migraines… But during the year it ran, before the paper folded in 1984, I was also seeing patients in my office. What I was learning from that full-immersion adventure in Italian medical life and culture was the stuff that really interested me. What they thought was healthy, how patients acted when they were sick, how doctors acted with patients, how the two interacted. As Frederika Randall said decades later in her blurb for “Dottoressa,” “So far as medicine is concerned, Italy really is a foreign country.” I took endless notes, ripped articles out of newspapers and magazines, and threw the lot into outsized manila envelopes. It started as a journal cum curiosity cabinet, and – encouraged by Mike Mewshaw – inched its way toward breeding a fantasy of book-dom.

November 1988, my marital interregnum. Andrea was barely gone and Alvin just a glimmer on the horizon. So, I was glad to accompany my friend Caroline Leaf for a three-week retreat on Ireland’s farthest-flung coast. I pulled out the envelopes of notes and clippings and hauled them up to Baltimore, County Cork, along with my beige Apple Macintosh 128K system 1.0 computer, for transcription to floppy disc. Never have fingers so frozen plied a keyboard.

In the early ‘90s I actually wrote something for the first time – a piece I called “Eternal City, Eternal Wait,” describing my epic pursuit of an Italian medical license. It went off in futile succession to the”New Yorker, Harper’s, The Atlantic Monthly,” the “International Herald Tribune,” and the “New York Times” travel section. The “New Yorker’s” rejection note was the kindest, praising “Some funny bits.” (Twenty-five years later the article features, mostly intact and still under its original name, as Chapter 1 of “Dottoressa.”) After a second article, of tourist narratives, met a similar fate, I more or less scotched the book idea.

The author’s memoir got its true start with a column called “Medical Muse.”

Until 2000, when a patient invited me to dinner in Trastevere. At the opposite end of the giant table sat a raven-haired fellow named Lenny, obsessed with mad cow disease, who shot challenges down the room at everything I said, about psychotic bovines or otherwise. I thought he was off his rocker. Then he looked across at me and said, for no dicernable reason, “You’re a writer, aren’t you?” An amazing hint that the Strong Inventory’s oracle (see Part 1) might have known something I didn’t.

A year earlier I had loved a short story about a mathematician in the “New Yorker,” “The Penultimate Conjecture,” so much I remembered every detail. Turned out Lenny was the Leonard Michaels who had written it. He was a prince of style, considered by some the best living short story writer. I was incredibly lucky to have run into him, and to have had the chance to savor his friendship and his mentoring for a few years before his premature death in 2003.

After my battery was recharged by Lenny, the book project made progress, though at a snail’s pace. In 2009, goaded by the ever-loyal Mr. Mewshaw, I drew up a hypothetical 15-chapter Table of Contents and shot it off, along with “Eternal City Eternal Wait,” to a publisher of Mike’s whom he thought might be interested. She wasn’t. “Right now publishing needs to be pressing and relevant and this memoir is a little off the beaten path. I really wish you luck with it.”

Scribble scribble, clip clip clip. For many years, I barely wrote a sentence, jotting down only enough words to nudge my memory. After my culture shock had worn off, “Dottoressa” wasn’t so much a writing project as a form of psychotherapy, much as my poetry had been in high school. Every time I experienced an infuriating medical incident – a patient whose doctor told him his gonorrhea was the result of a metabolic imbalance, a heart attack victim turned away from an Emergency Room – I’d afterwards scrawl out the details of my fury. These notes were more polite than anything I’d ever send off to colleagues, or heaven forbid to patients. Later, these notes would help with the book, and help explain why the Italian medicine comes in for more scorn than praise in my pages.

In August 2014, I brought the box of clippings and loose pages along on a Sardinian vacation, typed up the as-yet-untyped, and after 30 years of accumulating raw material, finally got down to turning it into a book. My notes swelled into paragraphs, the paragraphs assembled into chapters, the chapters reshuffled into a first draft that was . . . 196,915 words long. Normal is more like 80,000.

Paul Dry, the man behind my publishing house, had me trim and trim again: from 102,000 to 88,000 words, but the cuts provided material for my “Stethoscope on Rome” blog

And there was another problem: my prose had lost its old punch. In 15 years of writing only scientific papers and academic books (I completed the second edition of my mother’s “Messages From Home: The Parent-Child Home Program” after she died), I’d shoehorned my natural slanginess into the obligatory plodding expositive style.

It took two and a half years to cajole some perk back into my writing, cutting the manuscript down along the way, and on Feb. 13, 2017, at only 130,000 words, I declared the book finished. Champagne! The hard part was done. The easy part, as with my mother’s book, would be handing it over to a publishing house . . .

Not. It turned out Lesson one in Authoring 101 was publishers don’t deal with writers, they deal with literary agents. Academic presses, like Temple University Press which had published “Messages from Home,” were an exception. So, I started to hunt for an agent. First I burned my way through the agents of all my writer friends. Then the agents of acquaintances. Eventually I was reduced to writing cold to agents who I found at Publishers Marketplace or were thanked in the Prefaces of random books about Italy or medicine.

Over 12 months my “queries,” blow-your-own-horn descriptions, plus a Table of Contents and a sample chapter, were rejected by 40 agents and five publishers. Most of them never replied, agent speak for ‘Get lost.’ Ten asked for the whole manuscript before turning thumbs down. Several wrote back that the book was insufficiently novelistic, badly organized, or peculiarly written. Others claimed they liked it but the potential audience was too small – apparently only likely best-sellers were publishable. I could never decide which kind of rejection was worse.

I enlisted a few friends as readers, including the ever-patient Mike M., and tried to follow all their conflicting suggestions at once. I pruned ruthlessly to get the manuscript down to a more salable 102,000 words. Those outtakes have been put to good use since I started a blog, “Stethoscope on Rome,” in September 2017. Most of my posts are based on material cut from the book, thus blending the principle of “Waste not, want not” with the hope that blog readers would be kinder than agents. They are, which provided great consolation in those dark months.

By March 2018, I was on the verge of throwing in the sponge and falling back on the ignominious self-publishing route. Then a high school friend who lives in Philadelphia happened to attend a talk by a local independent publisher. He liked what he heard, thought of me, and tracked down an email address. The publisher asked for the complete manuscript and had the courtesy to reply. The chapters were engaging vignettes but didn’t tell a proper story, he wrote, the manuscript was far too long… I’d heard this song before, and skipped to the end of the email: “I would like to publish either finished version of this prospective book.” I read this sentence over a few more times, carried my computer over to Alvin so he could read it too, checked our eyes weren’t having some kind of short-circuit, and finally grasped that those 12 words had turned my life right-side up.

The rest of the story is blissfully boring. Paul Dry Books provided the best editor in the world, a graphic designer who offered me 13 potential covers, the works… My home phone would ring and there would be Dry himself, calling just for the heck of it. He did make me trim the manuscript still further, from 102,000 to 88,000 words, but the cuts just provided more fodder for my “Stethoscope on Rome” blog. And as of today, the book has been printed and copies are winging their way around the world to stores from Brazil to Australia.