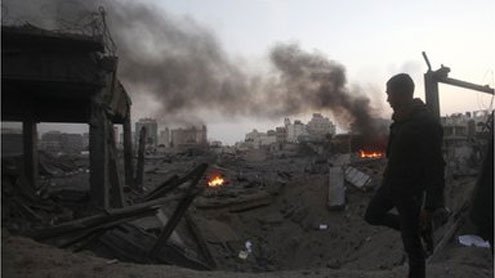 Scowls escalate, and the rest is history.
I

built my first fort in class enfantine, French nursery school. It nearly started a war. Our class had 13 students, 10 boys and three girls. In general the boys paid little attention to me. I was physically smaller and generally quiet. They preferred running around the room waving various toys while I lurked in corners putting together what I intended as the beginning of my kingdom.

We were encouraged to express ourselves, so I did. I meticulously gathered up tiny blocks of wood from an old toy set and bits of outside tinder. With the teacher’s help — she gave me glue — I made Fort Winnie, a toothpick empire that stood for me alone. Even the classroom’s girls, usually wary of my silent smallness, admired the fortitude of the fort, which in those mostly preverbal days seemed to stand for something noble, if not holy. I had purpose, as did Fort Winnie.

The dislike soon escalated into scowls. One or two of the boys would approach me and make faces. The biggest of the boys would point at Fort Winnie and hiss. “No way,” he’d say. To which I’d answer: “It’s mine.” Our United Nations dialogue consisted of parry and thrust, threats and bluster Our array of scowls grew daily and weekly, as did the hissing.

One day I missed school for sickness and returned the next day to find a whole side of Fort Winnie damaged. The toothpick turret, a vital defense, had been torn off, along with the Big Blocking Door, which basically allowed my fingers into the rest of the fort. I had been attacked.

I maintained my resolve, determined not to show the other boys my rage. I used new branches to fix the cracked defenses. But the boys were now more organized. Behind the teacher’s back, they’d distract me while one of them would dash past the fort and steal a turret. One spilled water into the middle. I screamed. The girls jumped. The teacher intervened.

This is when I began plotting against the boys. They were a gang; I was one. I grew shrewd. I would drift into the hall where they left their lunch pails and satchels. Into these I placed worms, water, twigs, insects. I fouled their sandwiches. I pulled the stems from their apples. If I provoked them, I could then seem outnumbered, and appeal to the teacher to help protect the fort.

On to me, the boys grew wild. One threw a pebble at me after school. Another wept and pointed a finger. The biggest one finally approached Fort Winnie and kicked down its glue-together side. But he slipped while doing so, making the girls laugh. He snorted and kicked again. Then I kicked him.

The war was on, fleshy and mean and loud. The teacher, apparently unaware of the ugliness of the conflict, spoke to us about the value of manners and restraint. It did no good. It only escalated. I was alone against the world and determined to prove myself.

Finally, the teacher intervened, calling in my parents and the parents of two of the boys. Fort Winnie was dismantled. I was chided, along with the other boys. We were asked to shake hands. We did so knowing full well that hatred persisted and always would. The teacher, a woman in her 20s, told us how the world’s truly good people were peaceful, how no one really needed forts.

I rebuilt Fort Winnie, but this time at home, in my domain, determined no one would ever touch it, let alone damage it. I perfected scowling and kept away from other boys. I was a world unto myself, determined to defend what mattered, which to me were my things, my thoughts, my fort, my pride.

Fort Winnie was definitively abandoned only when I entered grade school and was forced to deal with the far more complex problem of coexisting in larger groups, with no corners available to me alone. I kept my distance but smiled. I even compromised, though rarely.

These days I think of 50-year-old Fort Winnie only when the world openly indulges its more brutal and childish side, with righteous rockets doing more damage than little boys ever could, both sides scowling, insisting they’re right, and vowing revenge, which among those involved in boyish fort fights satisfies an adult sense of purpose, and no one can tell the contenders otherwise.