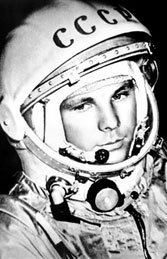 ealth care was once a foregone conclusion. There was Doctor Washington, tall as Abe Lincoln. He made house calls. I had the measles and he wiped my forehead. My lungs talked the talk of rabid dogs.

Doctor Washington descended from George. My father told me that the doctor was a blessing. I should be thankful. “Remember,” he said, “not everyone is middle class.”

For “is” I heard “has.” I had a disease called the middle class. I wondered if you could die of it.

“No,” said Doctor Washington, although my skin was Saturn-colored. “You don’t die of the measles, young man.”

He didn’t know that I had the middle class.

Instead, Doctor Washington made up stories. To make the fever go away he told me about a man called Gargle who had been launched into space. He was a cause-mo-not. Gargle, the cause-mo-not. I laughed.

Maybe I could survive the middle class.

I did dream of the cause-mo-not. My father brought me the front page of the Washington newspaper with a big picture of a small head in a silver suit. He’d been packed like liquid into cough drop and been shot into space. When my eyes revived I leafed through my big Jules Verne book, in French — “Journey to the Center of the Moon” — to find the illustration of men shot out of a cannon.

On bad days my fever bubbled. Doctor Washington would come by only when it rose past 103, which seemed to me an awkward number. The red blotches gathered and crawled over my belly. “It’s not a foregone conclusion,” I overheard my father said to Doctor Washington, who put a silver saucer on my chest. “Talk to him about the cause-mo-not,” replied Doctor Washington. “He likes it when you do.”

I did like it, because flying men and space cannons seemed probable at the time. The cause-mo-not was a Russian, said my father, who changed Gargle to the less likely Gagarin. “Yuri Gagarin,” he said. It sounded to me like a kind of foreign popsicle. My father tried again: “YURI GA-GA-RIN IS THE NAME OF THE CAUSE-MO-NOT.”

I giggled and coughed. I preferred Gargle over Gagarin, cause over cosmonaut.

“He was up and then down,” my father said. Doctor Washington was back. I assumed they meant Gargle but I was the one both up and down. My temperature had reached 106. Blotches aroused my mouth and shoulders. Even my freckles glowed. Abe Lincoln’s saucer felt like a branding iron. I yelped.

The next morning my eyes regrouped and I saw the same faces: that of my father and Doctor Washington.

“It’s breaking,” said my father, his hand on my forehead.

Was the middle class breaking my forehead? The fever, I was told. It had dropped.

Finally, though not that day, I was in fact better, no thanks to my muddied mind. I couldn’t get the measles again, Doctor Washington said reassuringly. I was now “e-moon,” the reward apparently afforded by blotches and giggles. My throat stayed sore for weeks.

Idling, I wondered why the cause-mo-not had gone into space and if he’d ever caught the middle class. I also wondered if he had a Doctor Washington, an Abe Lincoln, to look after him in the event of high fever and Saturn-colored skin.

For the longest time that was all I knew and cared to know about either health care or space travel. A doctor mattered, I’d learned that much. Also that space travel was cause to dream (so long as you didn’t have a broken forehead). And that fever was the language of the few. For the longest time I longed to be a cause-mo-not, a young and suited man who came into aroused hot blotches on a lark.

My father dismissed all this: I had been delusional, he told me. I had sobbed. I had made up nonsense. For while I’d been an eight-year-old lunatic.

I presumed these were the typical symptoms of the middle class, which I had not only survived but was now e-mooned from thanks to the great Abe Lincoln, who had also soothed me by telling me the exploits of the cause-mo-not Gargle.

Explaining this to my unimaginative father would have been stating the obvious. And the last thing the middle class needs is someone who reveals its mysteries.