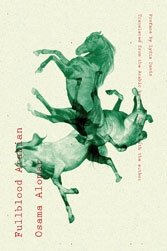 By Osama Alomar, translated from the Arabic by C.J. Collins with the author (introduction by Lydia Davis)

Very short stories are bite-sized messages in a bottle, and Syrian Osama Alomar excels in conjuring them up, this chapbook a sampling of his sad and witty Arabic-language parables. Exiled from his broken homeland, he is a rueful observer of a world in search of balance but well out of whack.

Some of his stories are a paragraph, others a page, but with more or less dexterity all of them convey a raw combination of beauty and resignation, as if the two were created to reside under the same roof, hope and hurt at one. The inanimate acquires character. Delusion mingles with grief. Self is its own delusion.

In “Expired Eyes,” a man who sees his wife as loyal one instant and as a whore the next chooses to trade in his eyes for new ones, “specially ordered fresh from the factory,” and from that day on “sees his wife exactly as he desired.” In its entirety, “The Drunk” reads: “In the past, he was always repeating to others, ‘I disdain people who drink.’ And now that he has become a drunk friends ask him surprised, ‘Didn’t you always disdain people who drank? What changed your mind?’ He answers them with an air of tragedy, ‘I came to disdain myself.'” In “Human Rights,” human rights embodied as a woman who decides to travel the world, where she is robbed, raped and finally murdered. From her body comes a perfume “purchased by young and old alike,” and they grow drunk from its smell, “the smell of dignity.” “Freedom” is a single (suggestive) sentence: “Freedom was imprisoned inside the walls of time. And time itself exploded.”

Alomar is a man of small but universally affecting insights. And one who continues paying Syria’s hurt dues. For now, he drives a cab in Chicago.