From reviled to revered 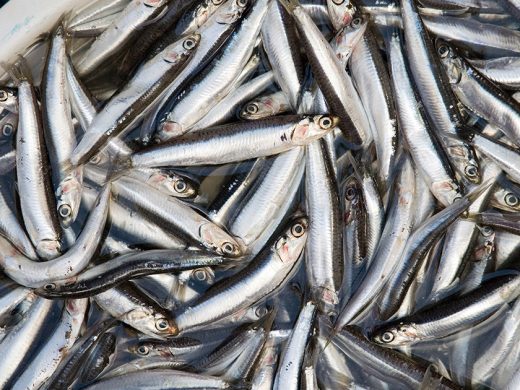 The author fled from anchovies until she was in her 40s.
F

unny how all the foods I used to hate as a kid are now my favorites. Not only that, but they’re now the ones to which I owe most of my livelihood. Let me explain. I don’t sell food, nor am I in the restaurant business. But I do make a living by writing about and starring in TV entertainment featuring many of the foods I most detested as a child. Coincidental?

If it’s true that our palate evolves every seven years, what’s happened to me makes sense.

As we grow out of childhood, our senses lose the sharp edges they began with. Sugary flavors gradually give greater space to the bitter and the salty.

Chemical pollutants can also contribute to the tamping down of our senses of taste and smell, sometimes for the long run. Cigarette smoke, until recently the norm in dining rooms and restaurants, is another remarkably powerful contributor to the dulling of our taste buds.

But the most important change to hit us as we mature is the introduction of a sense of adventurousness. We’re eager to try new things and actually appreciate the expanding our sense of taste. As we grow older, taste becomes more a mental matter. When it comes to flavors, our sensory memories play a larger role than our physical reactions. Over time (and because of it), we’re likely to overcome our childhood view of broccoli or liver as revolting foods.

Exposure, motivation, interest. In Italy, these changes in taste are mostly cultural. Even the most sensitive eater can overcome a food aversion by slowly becoming familiar with new foods. My own story is a good example. My diet was not varied as a child, and that’s putting it mildly. My parents indulged my food phobias and fed me only what I liked. But over time came curiosity, and physical changes. A wish to test new flavors came over me as organically as the evolution of my preferences. I never thought I’d ever eat the following, and yet…

Cheese: I once dreaded molds, pungent aromas, wobbly or crumbly textures. Then, at age 15, at a social gathering, I saw a schoolmate –– she was Miss Popularity –eating a sliver of blue cheese with a slice of fresh pear. Her act seemed to me so sophisticated, elegant and grown up that, in pure teenage fashion, I had to emulate it. The pairing shocked my palate — call it an epiphany.

Cheese has since become one of my favorite foods. I even host a television show and a radio program on cheese. I eat ridiculous amounts of it, and people in the street stop me, asking for formaggio-advice.

Super salty, slippery and with a fine dose of bones, anchovies summed up all my food-related anxieties.

Fish: As a child I was something of a wimp. I was not the classic picky eater. I was downright scared. When it came to eating seafood, which I enjoyed in the form of mollusks, crustaceans and shellfish, I’d be squeamish when served fish with bones. Yet in Italy, being served a whole fish, cleaned of its bones, head and skin at the table before your eyes, is common and actually preferred. Also, Italian children are fed steamed Dover sole as their first source of protein after being weaned off mother’s milk. Not kidding.

But I had the misfortune of swallowing a branzino bone at age four. My dramatic psyche pictured surgery and permanent throat damage. This trauma put me off fish for a very long time.

Only at 17, did I begin eating fish on the bone without worries. How I wish, now, that I could make up for all that lost time.

Tomatoes: Can you believe I didn’t eat raw tomatoes until I was 19? For someone raised in Italy this is very unusual. I didn’t see the charm in the plump and juicy summer fruit. I found it acidic, the skins bothered me, and its seeds would get stuck in my braces. I was not a friend of pomodori.

Then one summer day in Positano, I was presented with an unsolicited plate that contained a weeping milky mozzarella di bufala, thick slices of coral-colored ox-heart tomato with gigantic and aromatic leaves of basil. The dish was simply dressed with a thread of green extra virgin olive oil.

That’s when my tomato embargo dissolved in the first of many mouthfuls. I now eat raw tomatoes all summer long. When the first ones appear on market stalls I actually do a little dance.

Brussels sprouts: As the unsung heroes of the table until about a decade ago, sulfurous-smelling miniature cabbages must have made a pact with the bacon-devil because now they’re incredibly popular and adored by many.

From reviled to revered, Brussels sprouts were never on my list of favorite greens — until I discovered that particular pairing. As a result, when they’re in season, I make them all the time (not just for Thanksgiving).

Here’s how: halve them, scattered in a parchment lined cookie sheet. Add a glug of good olive oil, sea salt and freshly cracked black pepper, toss to coat evenly, and pop in the hot oven for 15-20 minutes. Toss and add bacon bits in over the last 5 minutes of roasting.

Do this and you’ll get why this recipe changed my world.

Anchovies: Super salty, slippery and with a fine dose of bones, anchovies summed up all my food-related anxieties. This meant I avoided ordering foods such as mozzarella in carrozza (a fried mozzarella sandwich), deep fried zucchini flowers (delicate battered squash blossoms stuffed with melted cheese) and pizza Napoli. Each of these dishes usually came laced with anchovies. I avoided the little oil – or salt – packed fish fillets until I was in my 40s.

All it took to end this boycott was a plate of homemade noodles tossed in a decadent sauce of simply melted butter and acciughe reduced to a fine purée. It was love at first sight.

Butter: When I was a kid, the little canapé sandwiches served at upscale childrens’ parties were often slathered with chilled butter. I remember manically checking before having one to avoid gagging. I couldn’t stand butter. It was visceral.. The curls or pats of butter served in California restaurants (before olive oil replaced them) remained untouched.

Much later, I traveled to the southern United States. I was older and butter was everywhere. Over the course of one summer, my taste buds more mature, loathing turned to liking.

Now, I cook primarily with butter (olive oil only if the recipe calls for it, but mostly butter). My favorite snack is burro e alici, a small morsel of bread, smeared with unsalted butter and topped with the above-mentioned oil-packed anchovy.