From One Second to the Next 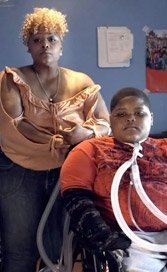 Life can take a dire, potentially fatal turn when you text and drive. Director Werner Herzog’s 35-minute online-friendly documentary is determined to make that point, alternating the stories of victims’ families with those of cell phone devotees whose distractions tragically disrupted lives. It’s a cautionary tale in every sense.

German maestro Herzog opens with the sister and mother of a young man who was left paralyzed and on life support as a result of a “text accident.” Later, a young man at fault in an accident that killed three children dead reads from a letter of forgiveness written by the dead children’s father. A young woman lovingly remembers and grieves for her father, with whom she shared a love of astronomy; she tells of struggling to move beyond hate.

The problem with these good intentions is pacing, which begs the question whether the film will fully reach its intended audience. The text generation, particularly its younger contingent, thinks and receives in brief visual flashes. Some moviegoers can’t sit through the first ten minutes of an action flick without checking their phones.

Herzog, who has said that he does not send text messages, has made slow film with a strong message that depends on focus, attention span, and listening carefully to what’s being said, traits distracted texters usually dispense with.

A policeman tells Herzog that in most text-related accidents, inattention is more lethal than speed. Even at short-subject length, the risk here is that the message doesn’t move crisply enough to keep the movie vehicle on the road. The task at hand was to get the full attention of a 21st-century texting and viewing audience, and in that Herzog falls short.